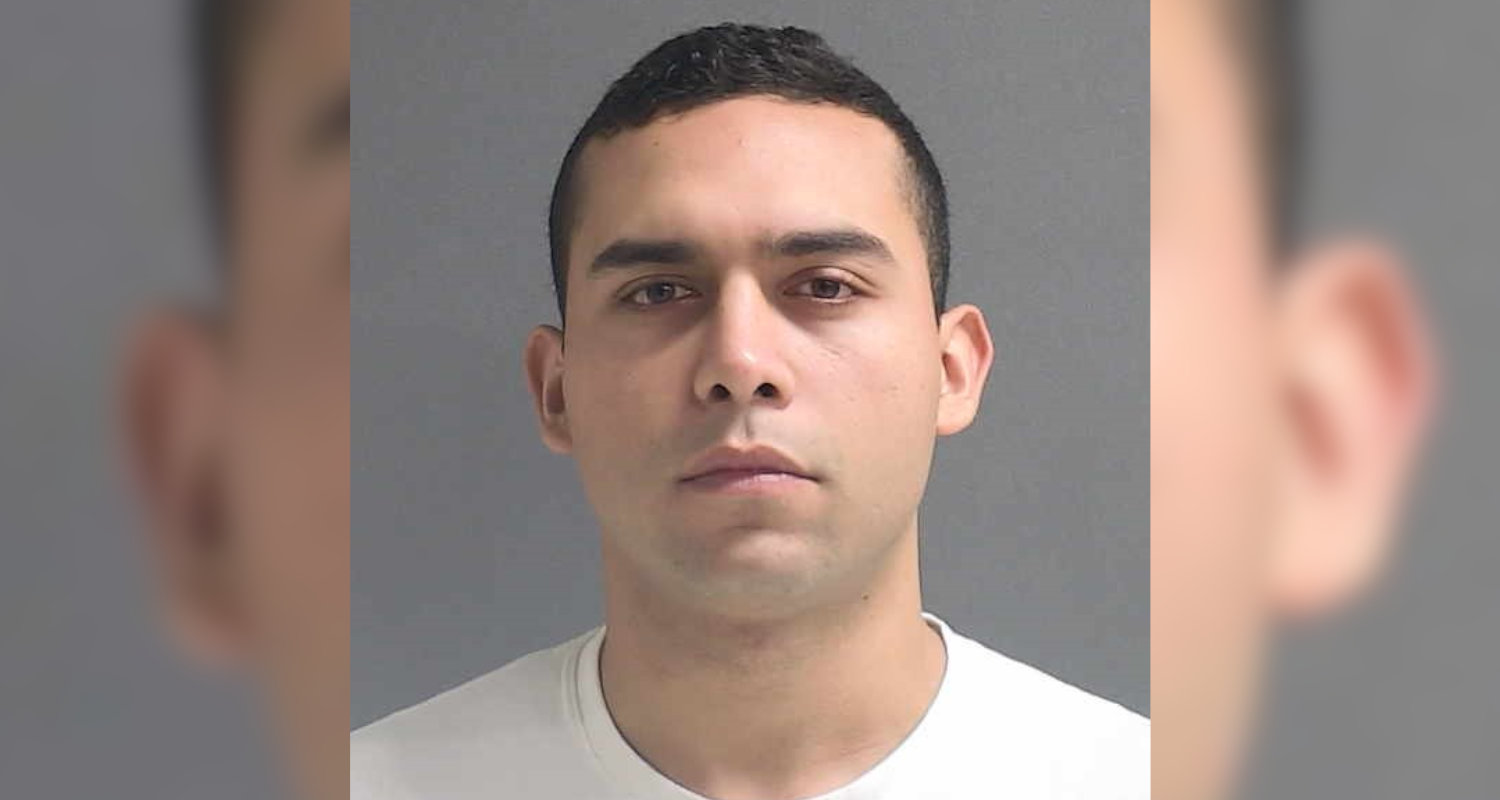 Daytona Beach, FL - Investigators say a Daytona Beach man is facing aggravated stalking charges after calling and messaging his wife over 2,000 times within the span of five days.

According to a report from the Port Orange Police Department, the wife alleged that Bastidas-Meneses began to call her and harass her, saying she’ll “pay” for leaving him alone on Thanksgiving. Then Bastidas-Meneses started to send threatening messages, stating that he was going to kill her and her family.

Bastidas-Meneses even went as far as to try and show up to his wife’s grandmother’s residence, but was turned away at the security gate. Still, Bastidas-Meneses found a way onto the property and began to bang on the back glass door of her grandmother’s home, prompting the wife to call 911.

Officers attempted to contact Bastidas-Meneses at his apartment, but they were not able to find him. He was also asked to show up to the police department which he declined.

While filing a report with the Daytona Beach Police Department, the wife mentioned another incident on November 21 where Bastidas-Meneses punched her face and head and struck her with a belt.

On Monday (Nov. 29), the wife spoke with a detective and said Bastidas-Meneses resorted to calling her workplace in an attempt to locate her. Because of his constant contact, the wife told investigators she was afraid to return to her apartment or go to work because of Bastidas-Meneses. According to a report, while the detective spoke to the wife, Bastidas-Meneses sent her 29 separate messages on Facebook.

The detective also noticed “hundreds” of unanswered texts and calls, five of which were made after 3:00 a.m. that same day.