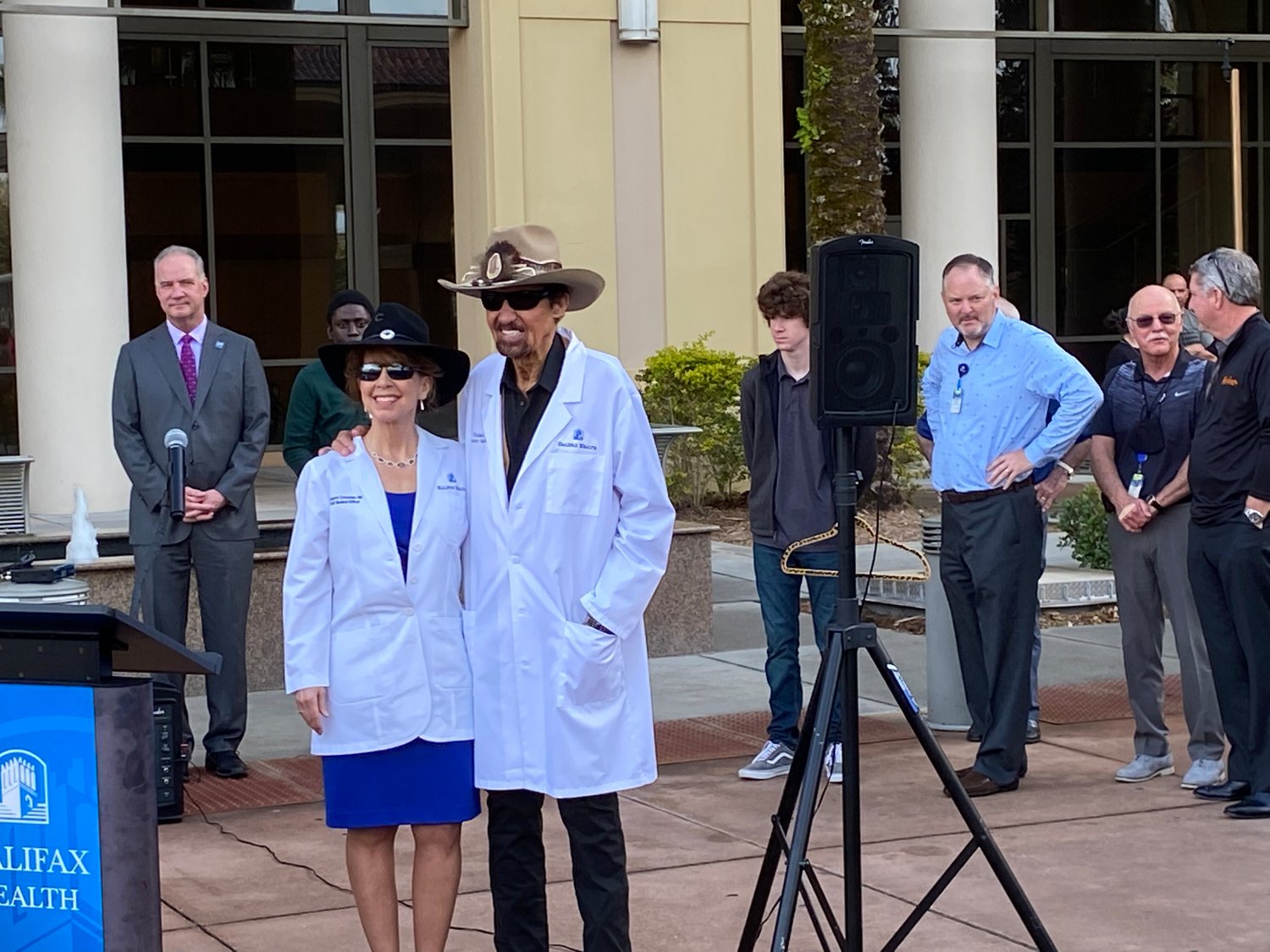 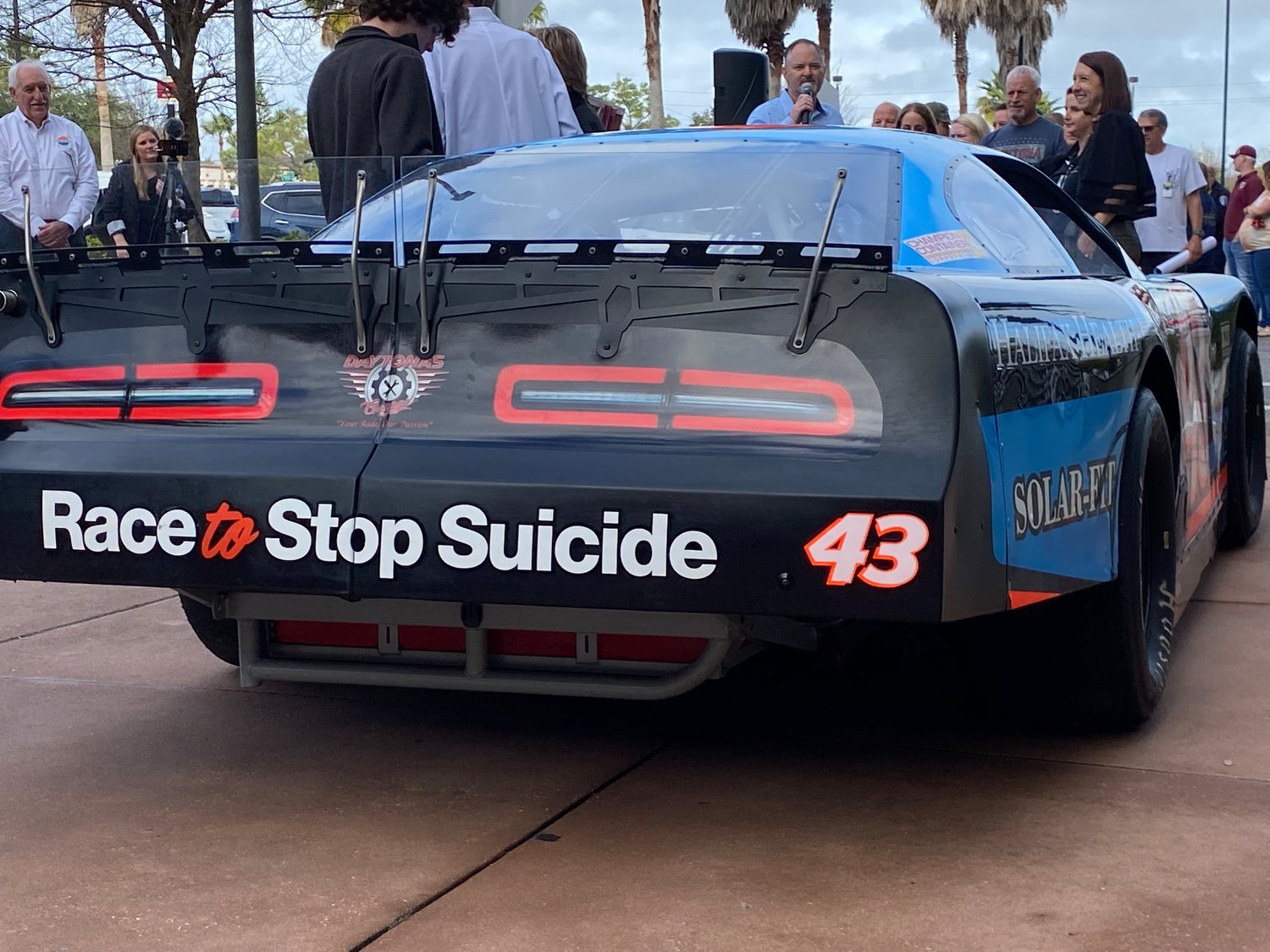 Daniel Dye's #43 car will display the Race to Stop Suicide cause when it takes to the track in Saturday afternoon's ARCA Menards Series race.
Chris Gollon | WNDB
Previous Next
Posted Thursday, February 17, 2022 11:07 am
Chris Gollon

DAYTONA BEACH - NASCAR legend Richard Petty stopped by Halifax Health on Thursday to help announce a new mental health donation by his team's sponsor, Jeep Beach. Charlene Greer, Jeep Beach's chairwoman, was on-hand as well to announce that a significant portion of a $500,000 charitable expenditure would go toward the Halifax Health Foundation's efforts to strengthen mental health resources for the community.

The idea for the donation came not from Greer herself, but from one of Petty's protégés: ARCA Menards Series driver Daniel Dye. It was Dye who approached Greer about allocating some of the half-million dollar donation for mental health purposes, a cause which he eloquently spoke on at the press-only event put on by Halifax staff.

Dye's father, car salesman Randy Dye, was candid about his evolving viewpoint on mental health issues."I was much a part of the problem as anybody," Dye said. "I didn't want to talk about it, I didn't know how to talk about it. But once I learned about it, it's become not only something that we've decided to do, but are passionate about doing."

Daniel Dye's #43 car will display the Race to Stop Suicide cause when it takes to the track in Saturday afternoon's ARCA Menards Series race.

Petty thanked the Halifax staff for having helped him over the years. In a driving career that spanned from 1958 to 1992, Petty had been treated at Halifax Medical Center for crashes down the street a number of times. He recounted a time his father, fellow Hall-of-Famer Lee Petty, was in a crash in 1961 which landed him at Halifax for months.

For his support, Petty was declared 'Honorary Medical Staff' status by Dr. Margaret Crossman, who spoke of meeting Petty decades ago at Daytona International Speedway's infield care facility. In return, he gave her a replica of his signature black Charlie 1 Horse hat.