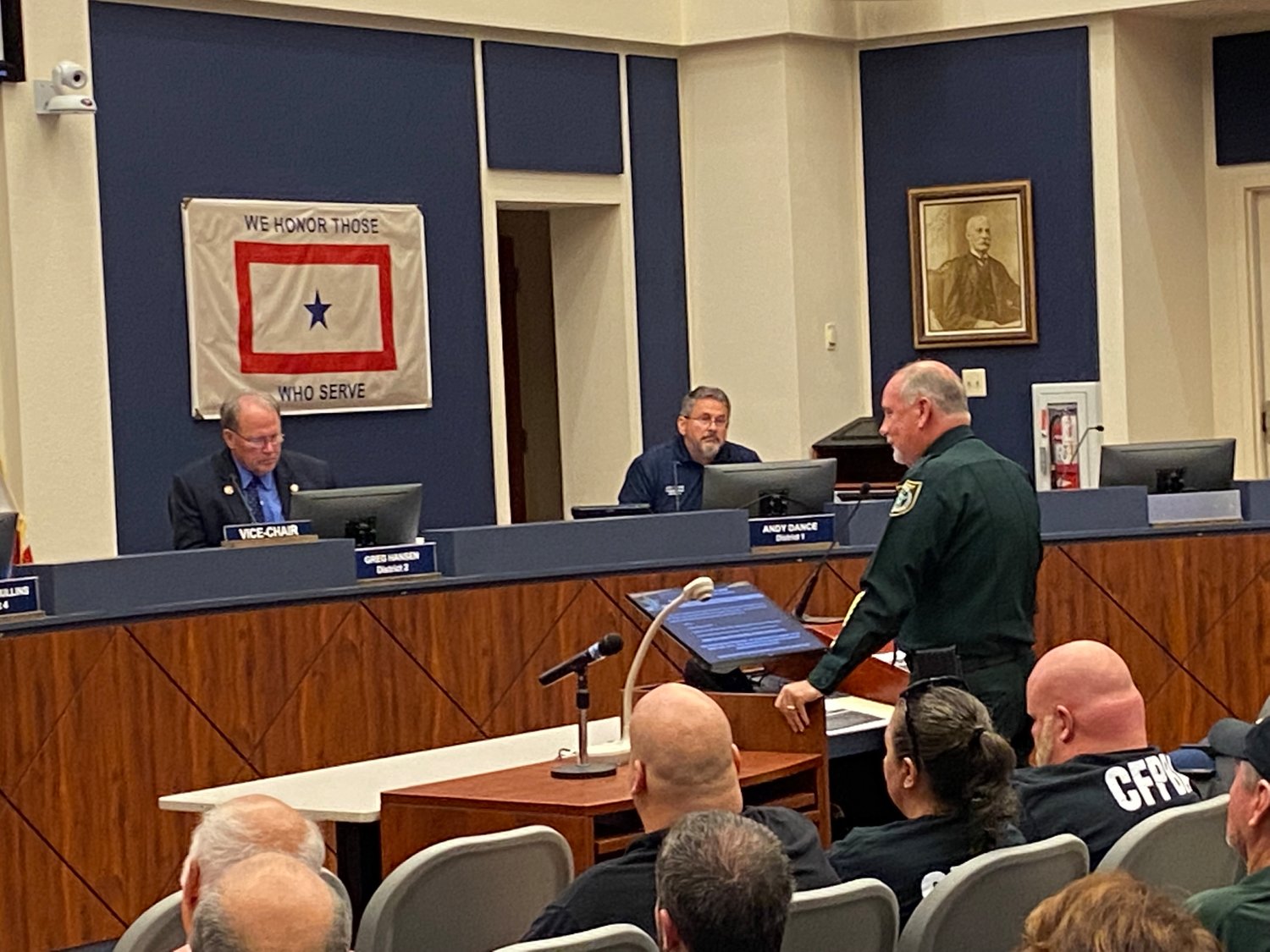 BUNNELL, Fla. - Flagler Sheriff Rick Staly won’t be receiving the $700,000 funding for deputy pay raises that he requested from the County Commission. The decision was made Wednesday in a 3-2 decision that saw Chairman Joe Mullins, who was voted out of office on Tuesday, casting the deciding vote.

Staly presented before the Commission last Monday in which he explained his reasoning to request such a large budgetary upgrade. His department has enjoyed substantial budget increases under the present Commission, but still Staly accused the Commissioners of slighting him when they balked at the idea.

"You are de facto defunding the Sheriff's Office," Staly said, invoking public opinion on nationwide calls to defund police departments, a movement which gained traction in 2020. He went on to cite the Commissioners' own campaign material back to them, in which they advocated for fully funded public safety. The Commissioners conceded this point last week, but it didn't foster the vote Staly was hoping for.

Staly was joined at the meetings by members of his own department, community supporters, and members of deputy unions. The masses often gave him loud affirmation as he made his requests.

The funding all ties into the County millage rate, a tax to property owners on the value of their property. Staly tried to convince the Commissioners to be modest in their reduction of the millage rate, as doing so carved into his Sheriff’s budget. He also requested they exempt his department from any budget cuts that would result from the lost revenue. The Commissioners balked.

Ultimately, Mullins was joined by colleagues Dave Sullivan and Andy Dance in rejecting Stalk’s request, with Greg Hansen and Donald O’Brien dissenting. The millage rate will stay the same, but due to rising property values it will be effectively a 14% tax increase for Flagler County homeowners.