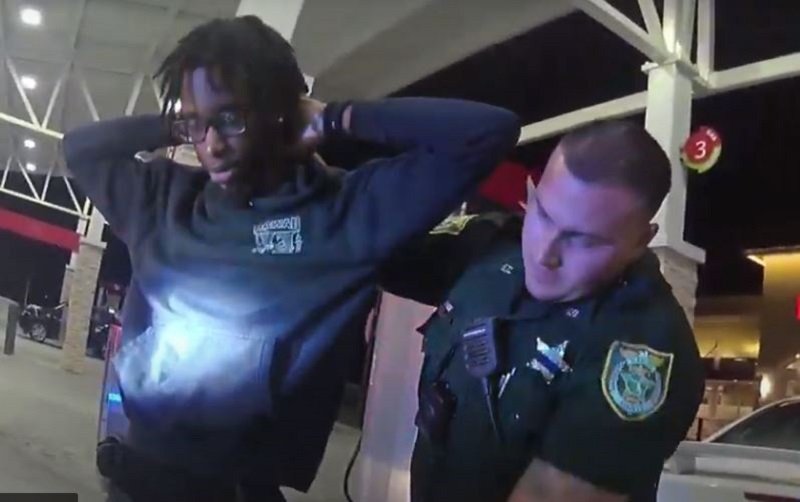 Palm Coast, FL - When an FCSO deputy pulled a driver over for speeding on S.R. 100 yesterday (March 17), she got a little more action than expected. She smelled a strong odor of marijuana coming from the vehicle but both the driver and the passenger, 21-year-old Shaquan Moore, denied having any narcotics or medical marijuana prescriptions in the vehicle.

The driver was asked to step out of the car and was secured, pending investigation. Moore was asked to get out but when he did, he began to resist deputies and tried to flee on foot while reaching for his waistband.

The deputy called for backup who arrived to find Moore still actively resisting. Despite several verbal warnings to stop resisting or get tased, Moore didn't and received a total of four drive stuns. A loaded 9mm handgun was recovered from his waistband.

Moore was found to be a fugitive on an active homicide warrant from Fulton County, Georgia. Due to the scuffle trying to arrest Moore, he was medically cleared at Advent Health Palm Coast for minor abrasions.

Moore is charged with Resisting Arrest with Violence and Possession of a Concealed Firearm. He was additionally arrested for the Fulton County warrant and held as a Fugitive from Justice. He remains in jail with no bond allowed.

“This goes to show that no traffic stop is ‘routine’ and a simple speeding violation can quickly escalate into a violent encounter with a very dangerous individual,” Sheriff Rick Staly said. “DFC Rainey had no idea that she was pulling over a fugitive wanted for murder. This could have easily turned into a deadly encounter but our deputies reacted quickly, used their training to safely take this suspect into custody and, thankfully, God was watching over our deputies last night.”