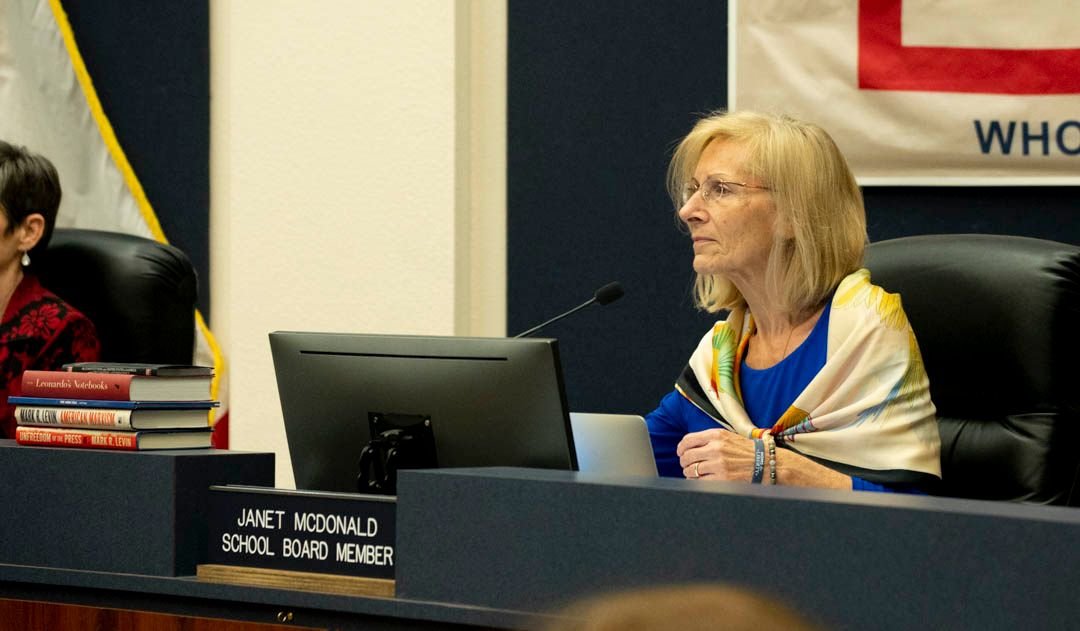 Two-term Flagler School Board member Janet McDonald will run for the Board of County Commissioners in this year’s election, according to the Supervisor of Elections website. McDonald hadn’t given a formal announcement as to her 2022 election plans, but it was widely speculated that she would not run for a third term.

McDonald joins a race that includes incumbent Commissioner Greg Hansen and challenger Denise Calderwood. All three candidates are registered as Republicans, and no candidates have registered for the race either as Democrats or independents.

Since being elected in 2014, McDonald has not striven for a controversy tenure. She is known for her social media posts promoting her conservative belief set, at times accused of homophobia or misinformation. The accounts drew the opposition of student leader Jack Petocz at a School Board meeting in June 2020, leading McDonald to shut Petocz down before he could finish a public comment criticizing her.

Still, where McDonald drew the ire of left-leaning Flagler residents, she became a celebrated figure among those on the other side of the aisle. McDonald was an important voice on the Board in the striking down of proposed mask mandates in Flagler Schools in August of last year and supported the push to remove four books from school libraries.

McDonald’s School Board seat is currently pursued by three candidates: Lance Alred, Will Furry, and Courtney VandeBunte. Of the three incumbent Board members up for re-election this year, she is the only one choosing not to pursue another term in her seat.

As for her new competition, Commissioner Hansen is the Vice Chair of the County Commission since November. He was originally appointed to his seat in 2017 by then-Governor Rick Scott to fill the vacancy left by the death of Commissioner Frank Meeker. He ran for re-election in 2018, defeating Dennis McDonald (Janet’s husband) with 64.05% of the vote. Calderwood has run for County Commission on multiple occasions before, most recently in 2020 to challenge incumbent Donald O’Brien. She’s a longtime Flagler County resident and former Flagler Sheriff’s deputy.