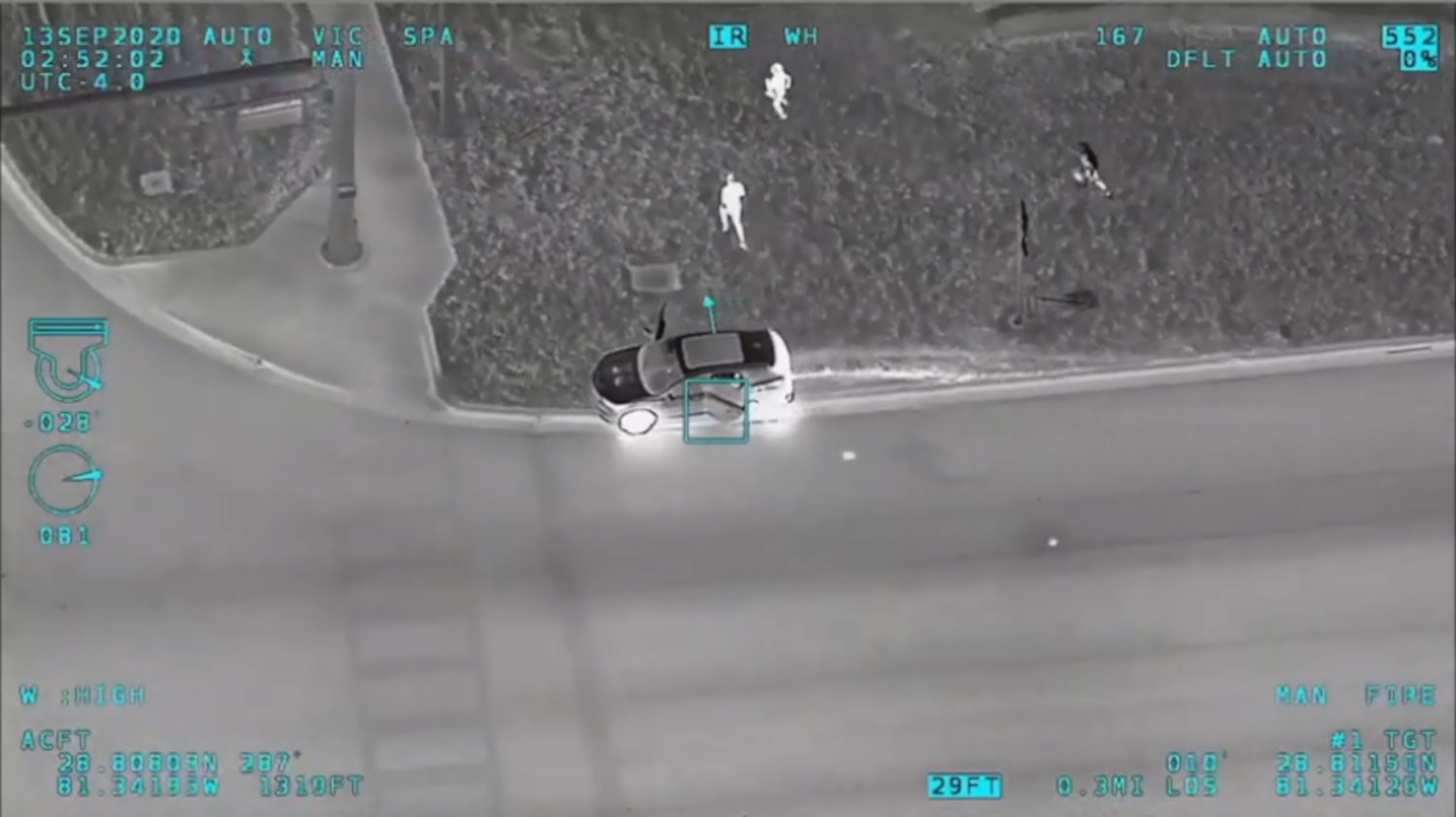 A still shot from SCSO's Alert One helicopter showing the suspects running out of their vehicle as it rolls away
Seminole County Sheriff's Office
Posted Monday, September 14, 2020 1:23 pm
Sean Mooney

Deltona, FL - Deputies arrest a trio of juveniles after a Seminole County Sheriff's Office pilot leads Volusia County law enforcement to their last known location, which happened to be near his home.

The Volusia Sheriff's Office (VSO) says the pilot was mid-flight around 2:00 a.m. on Sunday (September 13th) when he got an alert from his home's Ring camera. According to VSO, the video showed the suspects checking the handles on vehicle doors as an SUV followed them through the neighborhood.

After seeing the video, the pilot notified VSO and located the suspect vehicle from the sky.

Deputies attempted a traffic stop on the vehicle, but the vehicle ended up fleeing into Seminole County. However, deputies were still able to deploy stop sticks, which were effective on the vehicle.

After the vehicle began to slow down, the suspects jumped out while the vehicle was still rolling. All three – aged 16, 15 and 14 – were apprehended by deputies. Their vehicle was found to be stolen out of the Orlando area.

A search of their vehicle yielded several wallets, a ski mask and a window breaching tool. Additionally, deputies were able to link the suspects to a series of car breaks in the Deltona area.