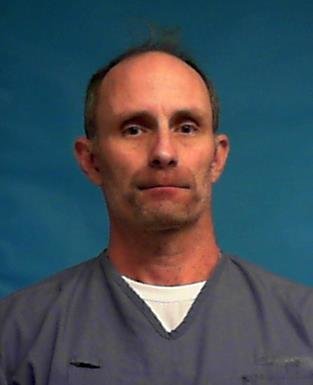 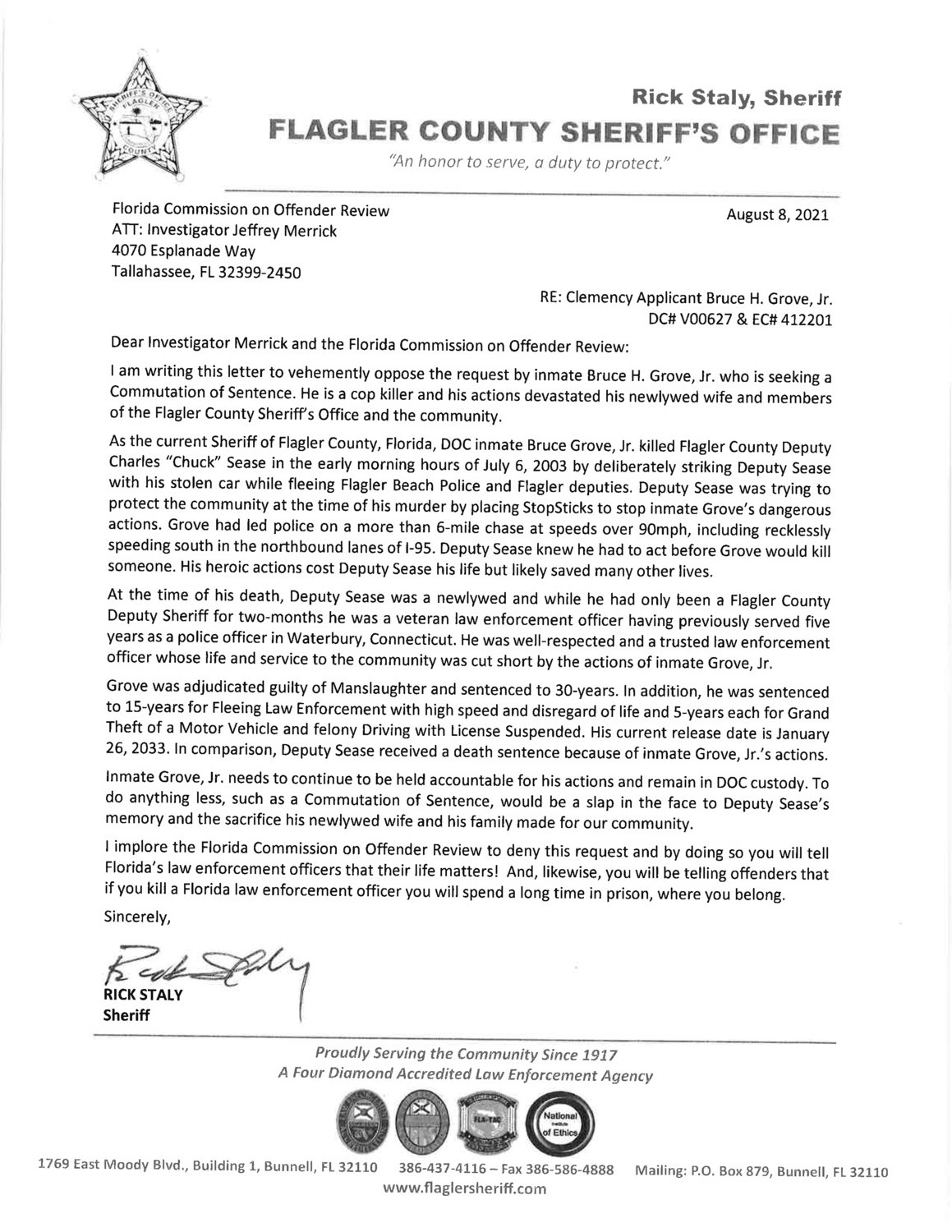 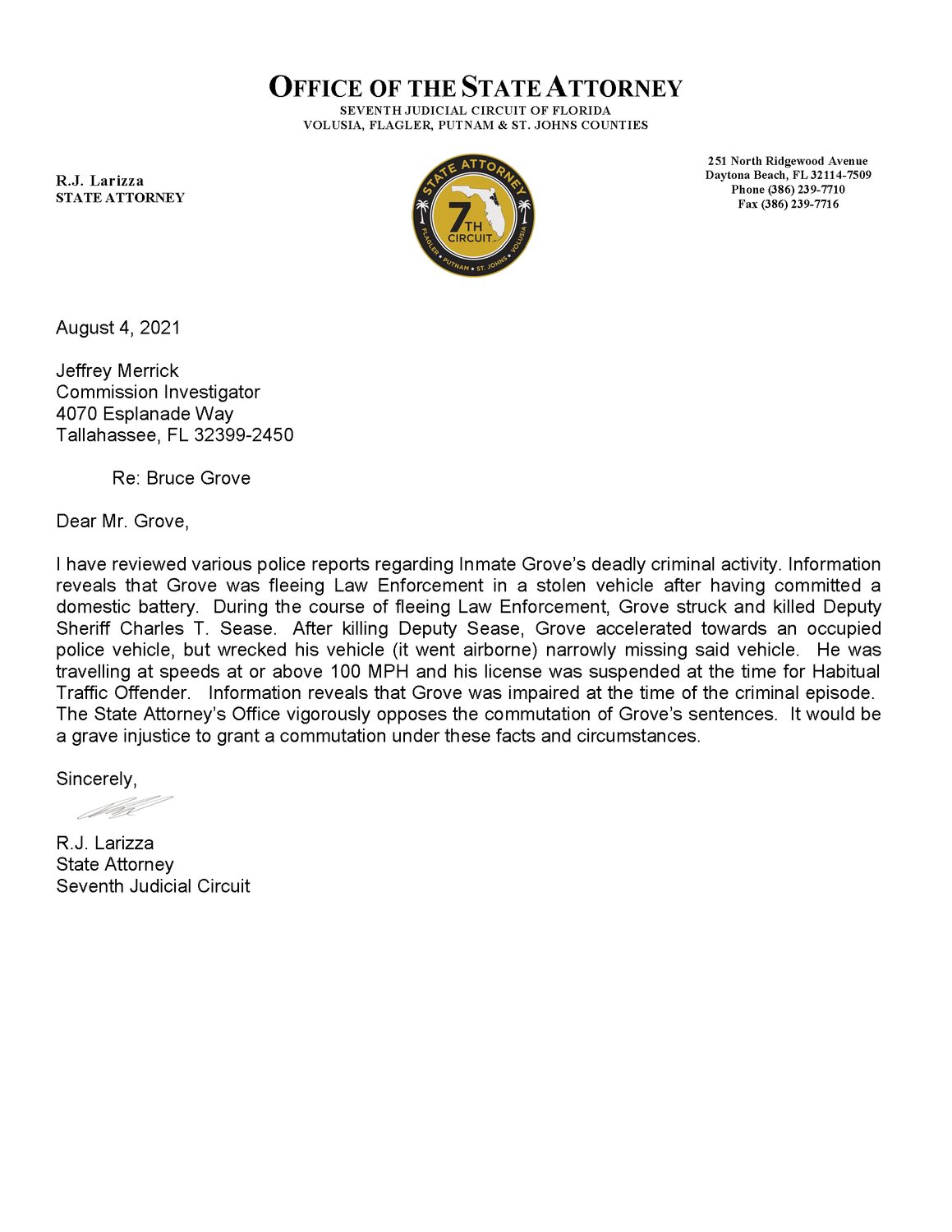 Bunnell, FL - Flagler Sheriff Rick Staly and State Attorney RJ Larizza are speaking out against the possible early release of a man accused of killing a Flagler County deputy as he ran from law enforcement.

According to the Flagler County Sheriff's Office (FCSO), 46-year-old Bruce Grove Jr. is currently seeking a commutation of his 30-year sentence which, if granted, would allow him to be released from prison.

Back in July 2003, Grove was fleeing from Flagler Beach police officers and Flagler County deputies in a stolen car following an early morning domestic disturbance. Just before his death, Flagler Deputy Charles “Chuck” Sease was setting up a tire deflation device on the roadway to stop Grove. However, Grove, who had just led law enforcement on a 6-mile chase at speeds over 90 mph, struck Deputy Sease, killing him.

At the time of his death, Deputy Sease was a newlywed and had only been with the agency for two months. Before working in Flagler County, Sease served five years as a police officer in Connecticut.

Grove was sentenced to 30 years in prison in 2005 after he was found guilty of manslaughter of a law enforcement officer, felony fleeing, grand theft of a motor vehicle, and driving with a suspended license.

"Deputy Sease made the ultimate sacrifice serving our community and his death deserves justice," wrote Sheriff Staly in a letter to the Florida Commission on Offender Review. "Denying his release tells law enforcement officers their lives matter and reminds offenders that killing a law enforcement officer has serious consequences."

In his letter, Larizza reviewed different variables from the case, such as the fact Grove was impaired at the time of the crash and the fact his license was suspended for being a habitual traffic offender, and said the State Attorney's Office "vigorously opposed" the commutation of his sentence.

"It would be a grave injustice to grant a commutation under these facts and circumstances," wrote Larizza.

Without a commutation, Grove is set to be released on January 26, 2033.