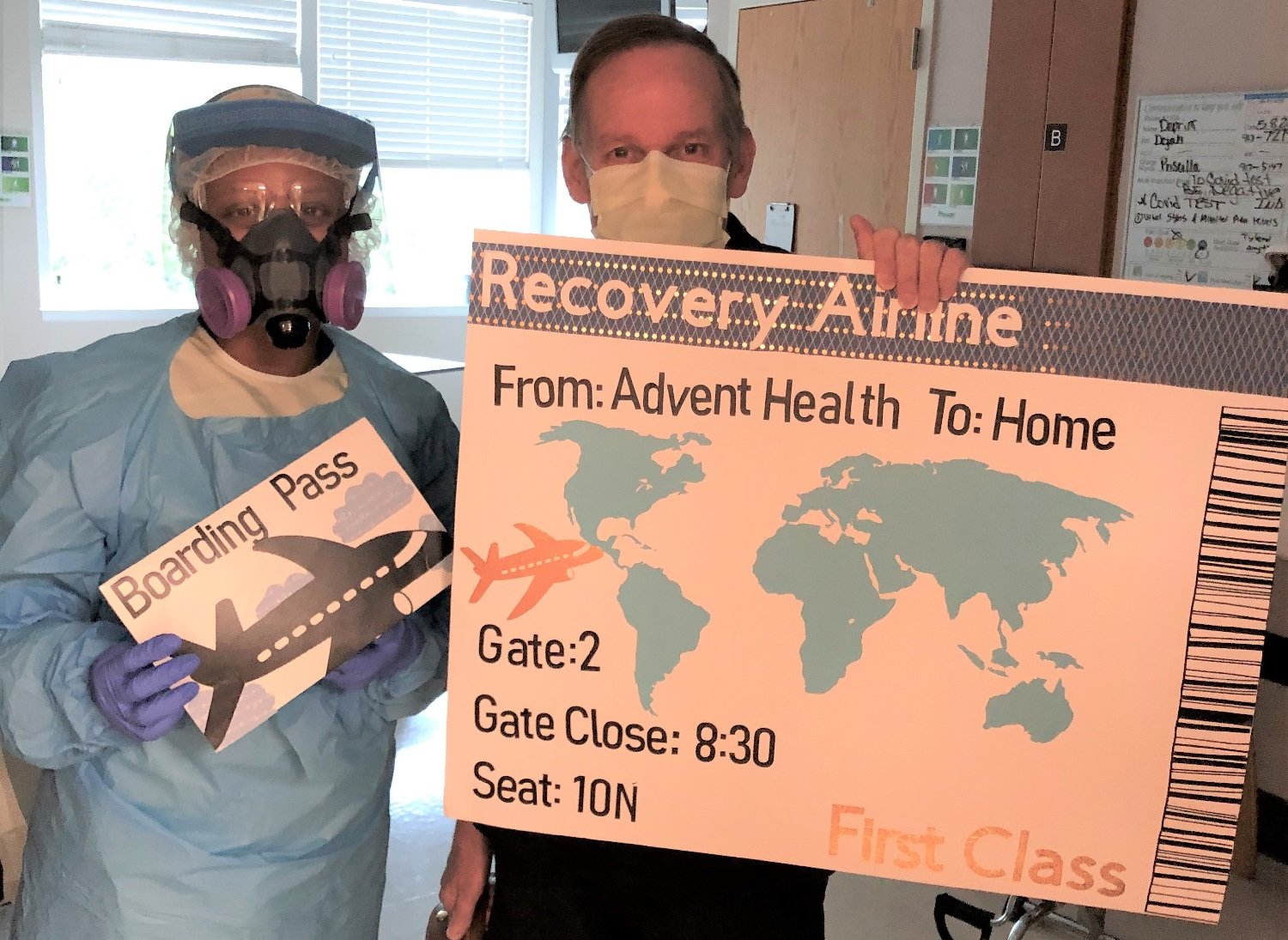 Orange City, FL - A DeBary man, 64-year-old Robert Deprins, who said "I've never been sick, I've never been in the hospital my whole life" is back at home after spending close to six weeks at AdventHealth Fish Memorial Hospital in Orange City. “I didn't realize it at the time, but if I had waited one or two more days, it would have been too late for me,” he said.

Deprins, who has been a flight attendant for more than 20 years, went to the emergency room with a fever, loss of appetite, and respiratory issues, including a dry cough on March 31. He tested positive for COVID-19 and his fight for life was underway.

Lindsay Cashio, spokesperson for AdventHealth, said that Deprins was admitted to the hospital's designated COVID-19 unit. "His health declined rapidly and he was moved to the intensive care unit and intubated for more than three weeks.  All in all, he spent about six weeks at AdventHealth Fish Memorial fighting COVID-19."

Cashio said Deprins does not family living in the U.S. but the team emailed his family in Belgium with regular updates on his condition.

Once Deprins was removed from the intubation, physical therapists worked with him daily because, at the age of 64, he wanted to go back to work.  "He's now negative for COVID-19 and he's officially returned to work as a flight attendant.  He was really excited. He loves his job as a flight attendant."

Deprins officially returned to work on May 30, almost two months to the day from when he was admitted to the hospital.