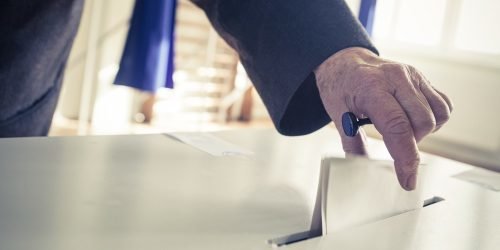 20 people across the state of Florida will be charged with voter fraud in connection to the newly created Office of Election Crimes and Security, Ron DeSantis’s new effort to crack down on the issue.

"We made very clear [that] in the first legislative session after 2020 that this was going to be a priority," DeSantis said in a Thursday press conference.

The majority of the offenders were concentrated in the South Florida area. Some of them allegedly tried to vote despite being felons convicted of murder or other similarly severe offenses.  Floridians in 2018 voted yes on an amendment to the state constitution which restores voting rights to felons after they serve their time - an effort which DeSantis has resisted at times.

The initiative cost $5.7 million according to the Governor’s own budget figures late last year, meaning somewhere in the neighborhood of $285,000 of taxpayer money was spent on each of the 20 cases.

Those who are charged with voter fraud through this investigation will stand to go to prison for up to five years and be fined up to $5,000.

DeSantis has largely skirted a concrete confirmation or denial that his election security initiatives were prompted by former President Donald Trump’s claims that the 2020 election was stolen from him through fraud. Critics say DeSantis is carrying out Trump’s mission, while advocates argue he’s working to make Florida elections the safest in the nation.

Another voter fraud bust was executed in The Villages this year, where two men confessed to voting twice in 2020. It's not known the two voted, but both were registered Republicans in a known hotspot for Trump support.