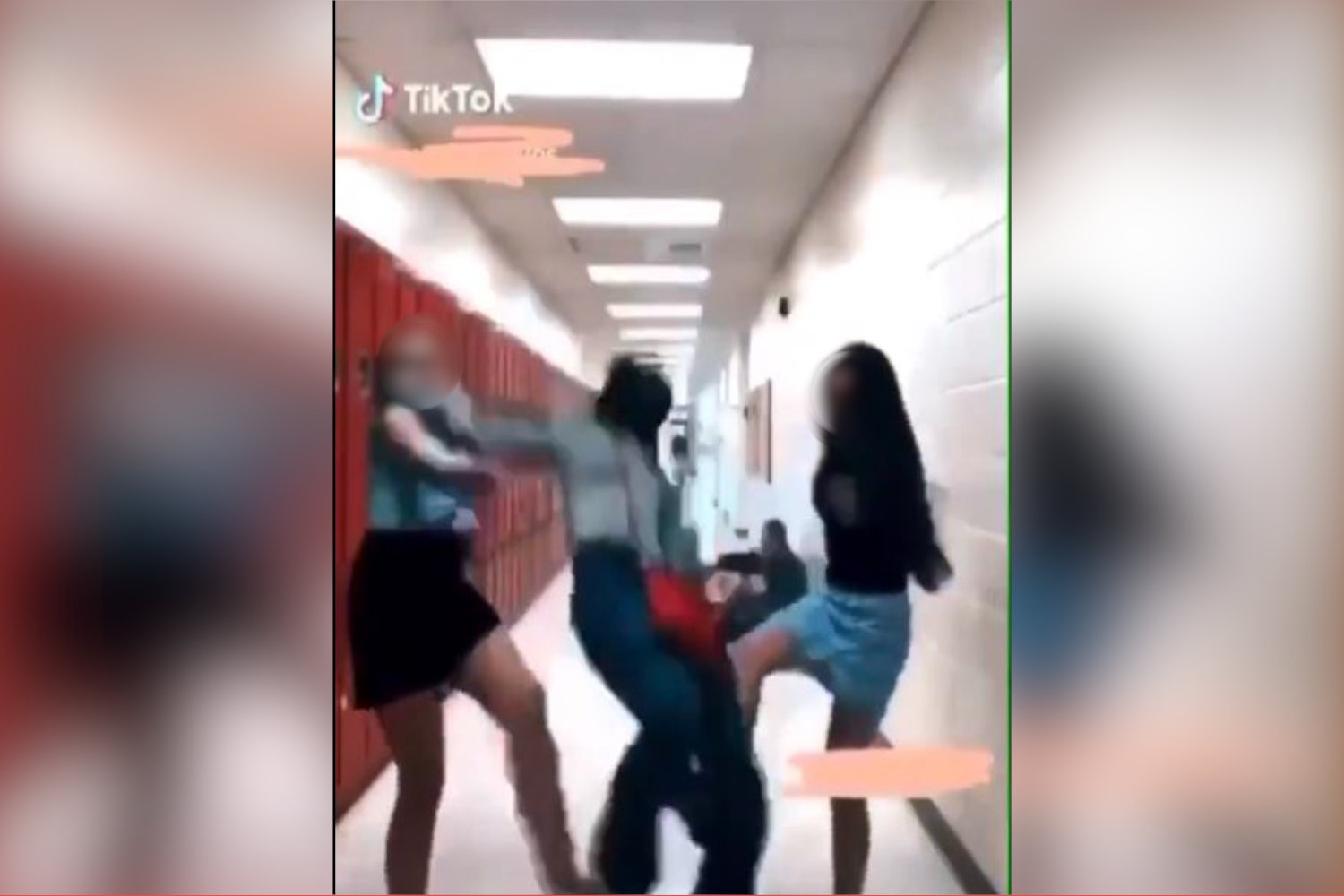 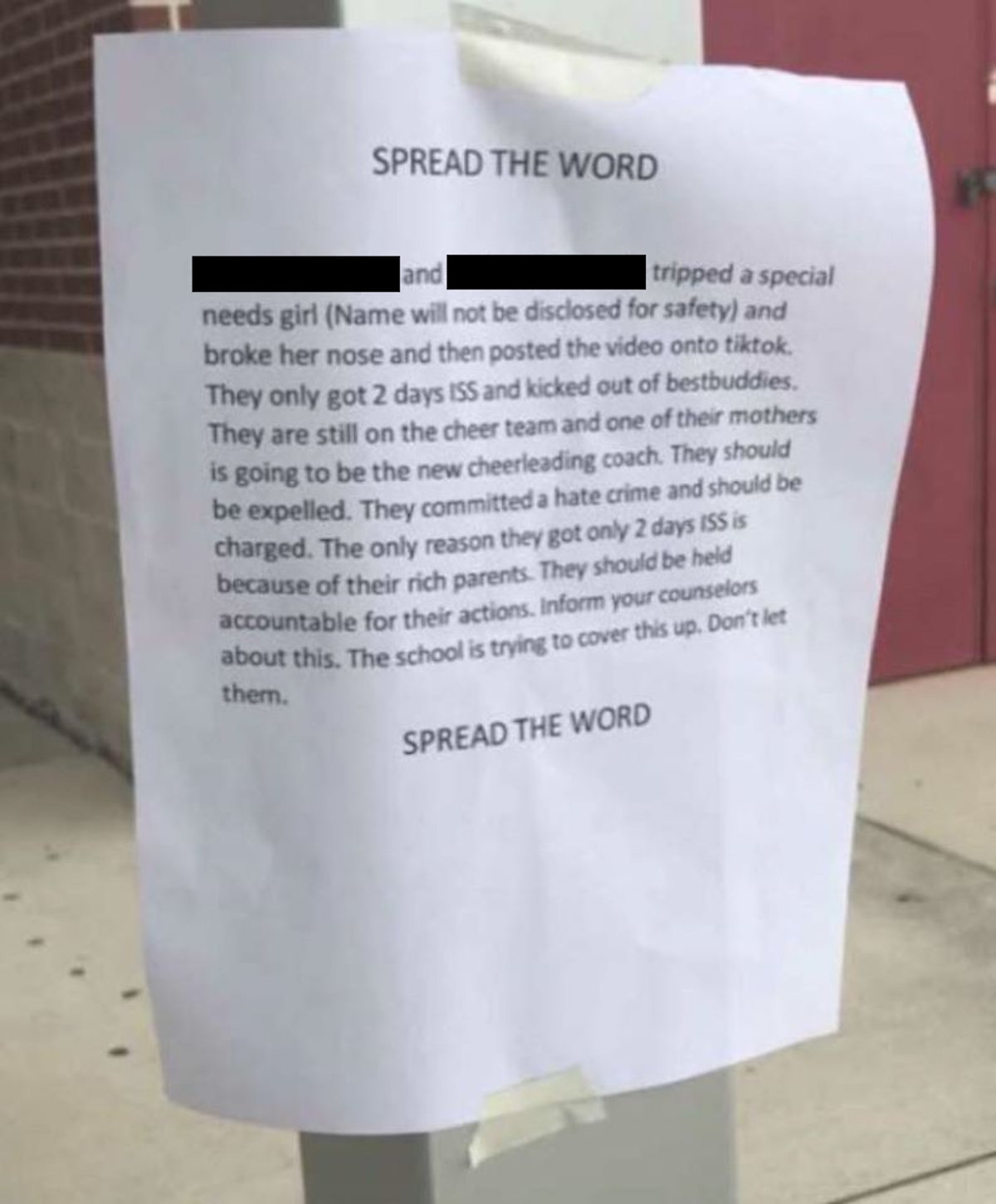 Now some residents are questioning the school's administration, while others question the validity of the situation.

Unconfirmed reports initially said that the teen who fell also broke her nose.  Others report that the injured student is special needs, but News Daytona Beach cannot confirm that report either.

Kelly Schulz, director of community information at Volusia County Schools, told News Daytona Beach in an email that the district security team investigated the incident and discipline was involved. Schulz also said that there were a lot of false rumors going around on social media pertaining to the incident. No other information could be disclosed because of student privacy laws.

Tips submitted to the newsroom say that the two girls involved were supposedly given two days of in-school suspension. But, some students were outraged, saying their punishment wasn't enough.

Photos sent to News Daytona Beach show messages taped up around different parts of Seabreeze, calling out the students involved and the school for allegedly covering up the situation.

"They should be expelled. They committed a hate crime and should be charged," part of the message read.

The message claims that the girls, who are reportedly cheerleaders, were let off easy. It also says that the girls were ejected from the Best Buddies club, but not the cheerleading squad.

A Change.org petition was also created yesterday (February 6th), calling for the school to punish the two students further. In less than 24 hours, that petition received over 20,000 signatures.

But, other claims are saying that the information regarding the two girls is inaccurate.

News Daytona Beach reached out to Seabreeze principal Joe Rawlings – via email – who said that he cannot discuss incidents on campus with anyone not involved. He also said that the information being shared on social media is inaccurate and the school district has already taken steps to take care of the problem.

"Our discipline office investigated the situation based on the evidence they have and provided consequences according to the Volusia County Code of Contact," said Rawlings.

Bendayan also confirmed that some information that circulated on social media was false. He also said that there is no indication that the student is special needs.

"Much of what has been put out on social media regarding this matter is factually incorrect. We can confirm that the victim in this case did not suffer or report any injuries during this incident," said Bendayan in an email.

The full charging affidavit from the police department is not available as of yet.