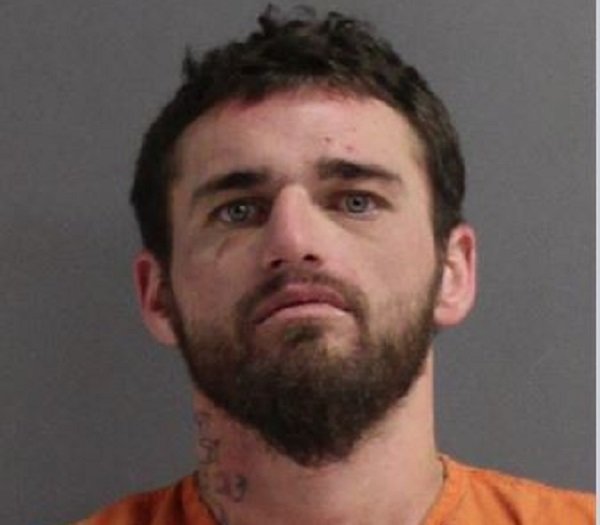 Ormond Beach, FL - A suspect who kicked an Ormond Beach Police officer in the head, led law enforcement on a vehicle chase that ended with a crash and standoff is in custody today (February 9). The man, 27-year-old Dillon Calisi, a convicted felon and gang member, would not get out of the vehicle after he crashed.

The officer was attacked at the Marathon station located on A-1-A at River Beach Dr. after responding to a suspicious vehicle call around two this morning. He made contact with Calisi, who stepped out of his vehicle and became argumentative. A physical fight got started which is when Calisi kicked the officer in the head and tried to get his Taser and firearm.  He then jumped back in the vehicle and drove off.

Volusia Sheriff's deputies, along with members of the Daytona Beach Police Department, Volusia County Beach Safety and Holly Hill Police Department converged to assist Ormond PD.  A deputy spotted Calisi in Holly Hill and attempted a traffic stop. Calisi refused to stop and a chase ensued. He eventually crashed on Nova Road just north of 8th St. and refused to get out of the car, brandishing a firearm at law enforcement.

The stand-off continued for about two-and-a-half hours while Calisi made a series of threats over the phone to shoot them, to shoot himself, to shoot an infant he claimed was in the car but wasn’t, and to set off explosives he had in the car. SWAT was called in. They used a BearCat tactical vehicle to  deploy tear gas and a sting-ball grenade into the car, removing him from the vehicle and taking him into custody.

Calisi was taken to Halifax Health Medical Center in Daytona Beach for evaluation. Information from the Volusia County Jail shows that Calisi has been arrested in Volusia County 18 times since he turned 19 in 2012.

The Sheriff’s Office is charging Calisi with fleeing or attempting to elude law enforcement, resisting arrest without violence and driving with a suspended license, in addition to his Ormond Beach PD charges of battery on a law enforcement officer. Calisi was also arrested on an outstanding warrant for failure to appear on charges of possession of ammunition by a convicted felon and threatening a law enforcement officer. Those latter charges stem from a December incident in which Calisi was found carrying 9mm ammunition and told a Daytona Beach police officer he could find his information on the dark web and kill him and his family.