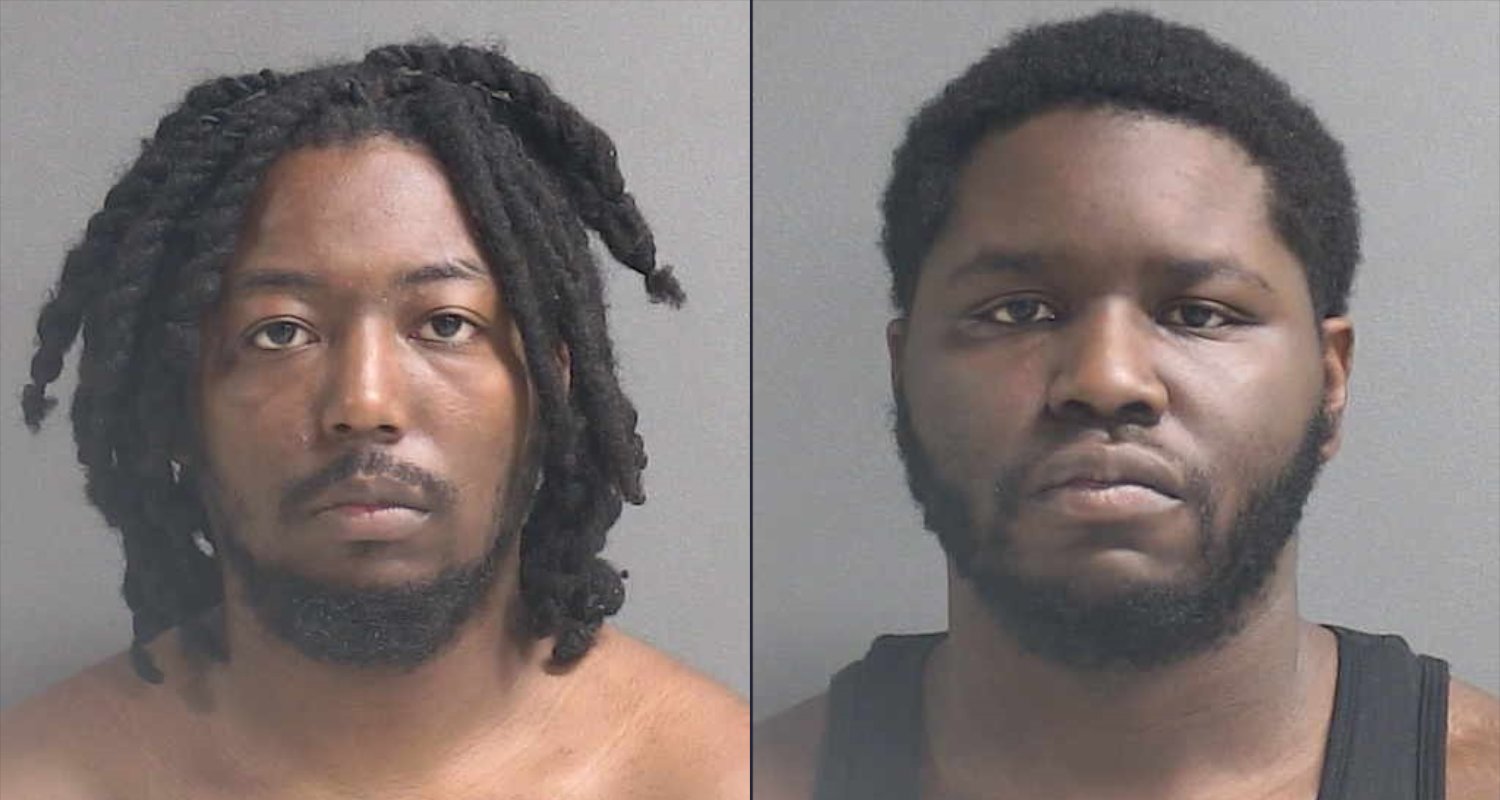 UPDATE: This post has been updated to include video of the chase from the Volusia Sheriff's Office.

Data from the Volusia County Division of Corrections says 28-year-old Gary Washington and 26-year-old Kwesi King remain jailed with no bond, both held on multiple charges including aggravated assault on a law enforcement officer, Washington, and grand theft of a firearm, King.

A report from the Daytona Beach Police Department (DBPD) says an officer pulled up behind Washington and King on Monday at the intersection of Nova Road and Dr. Mary McLeod Bethune Boulevard (Nov. 29) when the car took off through a red light. The officer initially backed off until Washington tried to enter the officer’s lane and almost hit him, kicking off the pursuit.

During the pursuit, officers say the vehicle ran through multiple stop lights, stop signs, and even drove in the opposite direction, putting many individuals throughout Daytona Beach at risk. Eventually, the chase poured onto northbound I-95 as Air One from the Volusia Sheriff’s Office (VSO) followed the car until it pulled off the highway at Old Dixie Highway.

While the car was on the off-ramp, an unmarked police car with its lights on approached the car. But the car pulled a u-turn on the ramp and drove towards the officer, causing him to drive off the road and into a ditch.

The pursuit—which now included deputies from Volusia and Flagler—eventually came to an end when the car was finally struck with a tire deflation device. Both Washington and King ditched the car near Old Dixie Highway and Halifax Plantation, but law enforcement was able to catch both suspects.

A search of the vehicle yielded over $4,000 in cash, multiple cell phones, marijuana, cocaine, a handgun—which turned out to be stolen—and ammunition.

In total, Washington was charged with fleeing and eluding with disregard to safety; two counts of aggravated assault on a law enforcement officer; possession of cocaine; and resisting an officer without violence. King, meanwhile, was ultimately charged with delivering and distributing marijuana under 20 grams; possession of a firearm by a convicted felon; and grand theft of a firearm. King was also charged with an out of county warrant for driving with a license canceled, suspended or revoked.