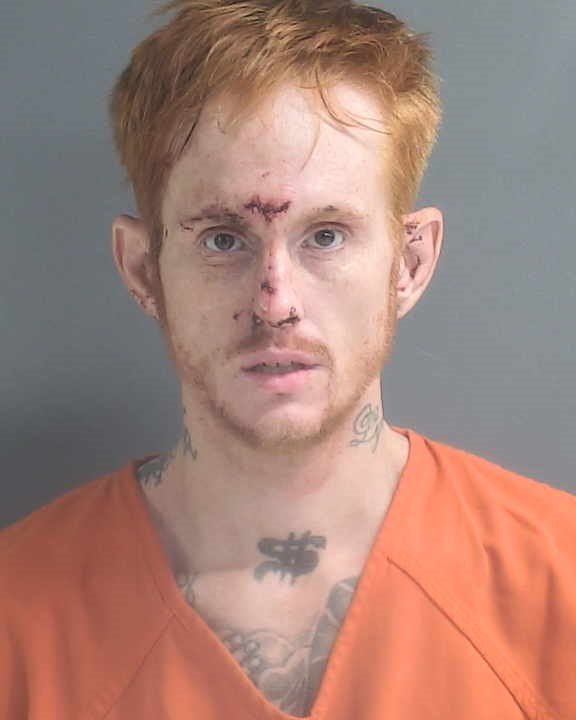 ORMOND BEACH, Fla. – The woman found dead in a crashed car last Friday in Ormond Beach and the passenger who led cops on a chase were named  persons of interest in a Lake County double murder the day before, according to police.

Roger Gilbert, 35, was arrested Friday inside a Dollar Tree following a brief chase.

Ormond Beach police say they responded to a call about a vehicle with a bullet hole in it on West Granada Boulevard.

Police say when they found the suspected vehicle,  a white Volvo driven by Samantha Butler, they attempted a traffic stop. The driver drove off but slammed into another vehicle, records show.

Detectives say Gilbert ran away from the crash. He was tracked down inside the Dollar Tree where he was tased and arrested.

Butler was found dead inside the Volvo. Investigators said they do not believe she died as a result of the crash, but did not give any further details.

Investigators say at the time of the incident  Gilbert and Butler were persons of interest in the deaths of two people found shot inside a Lake County home. Police have not said how the pair may have been involved in the deadly shooting.

Gilbert is being held on charges of possession of a firearm by a convicted felon, grand theft, and resisting an officer without violence.

Ormond Beach Police ask  that anyone with information about this case, contact
Corporal Ryan Mihalko, ryan.mihalko@ormondbeach.org.