Authorities say it all stems from an argument over NFL teams 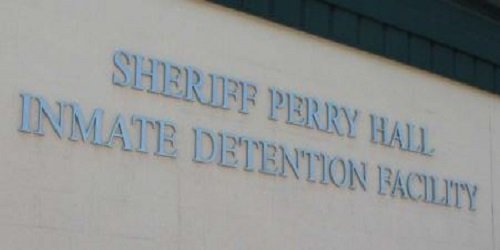 Palm Coast, FL -  A 16-year-old Flagler Palm Coast High student found themselves in handcuffs after he made a threat towards another student on Instagram.

Authorities say that the entire argument was over NFL teams.

Deputies were told that the incident took place on Monday night (December 2nd). The suspect, Dylan Burdi, supposedly threatened to beat the victim and his parents and put a knife to the victim's throat. He also threatened to put the victim in a grave.

Burdi was absent from school the next day (December 3rd), but deputies later found him at his residence.  Once law enforcement arrived, Burdi was interviewed and admitted that he made the threats.

“A disagreement over NFL teams should never lead to threatening to kill someone else,” Flagler County Sheriff Rick Staly said. “It is time that children know that there are consequences to their actions and what they say on social media is permanent."

Burdi was placed under arrest for Written Threats to Kill, a felony. He was taken to the Sheriff Perry Hall Inmate Detention Facility for processing before he was transported to the Department of Juvenile Justice in Daytona Beach.