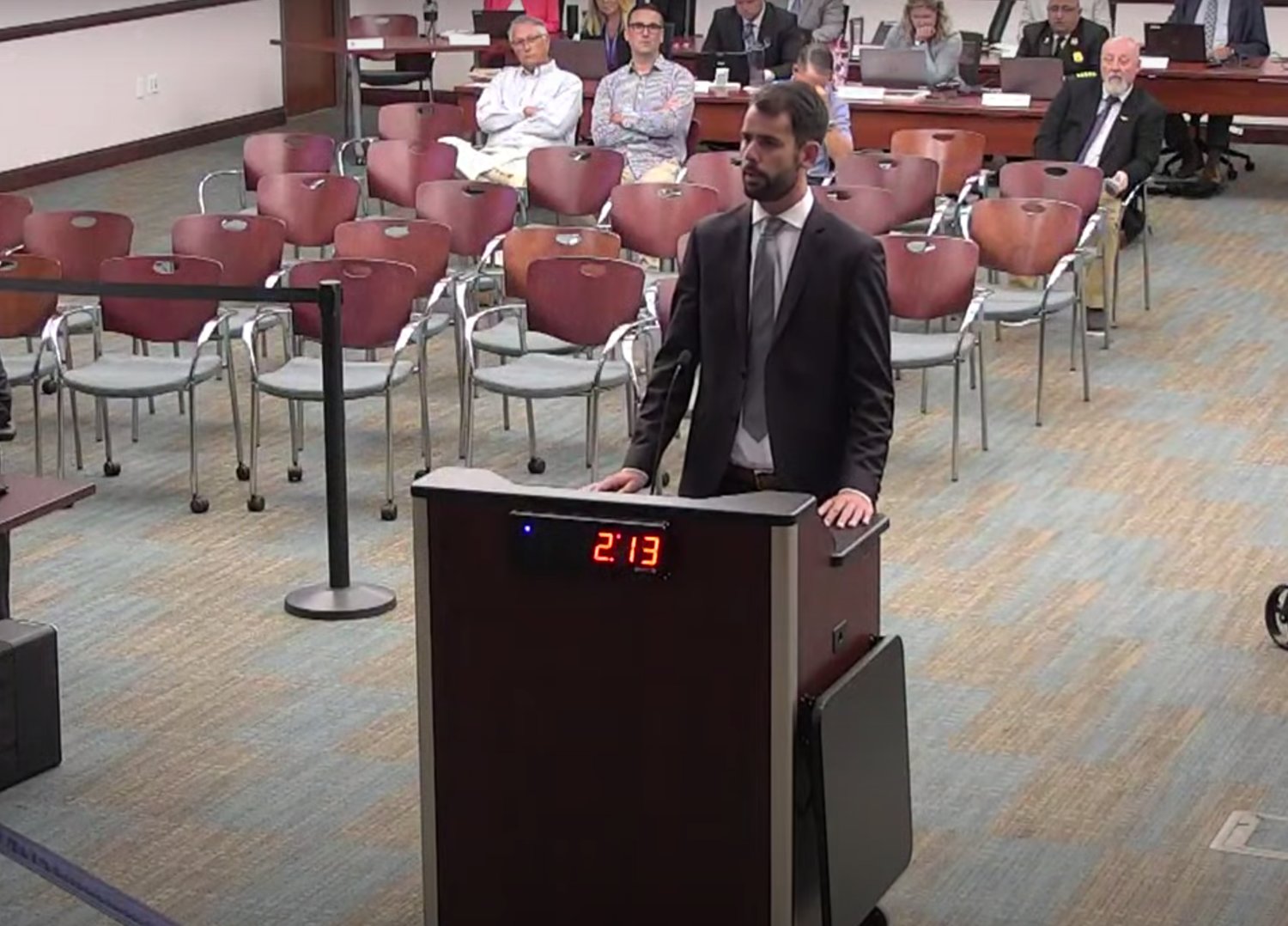 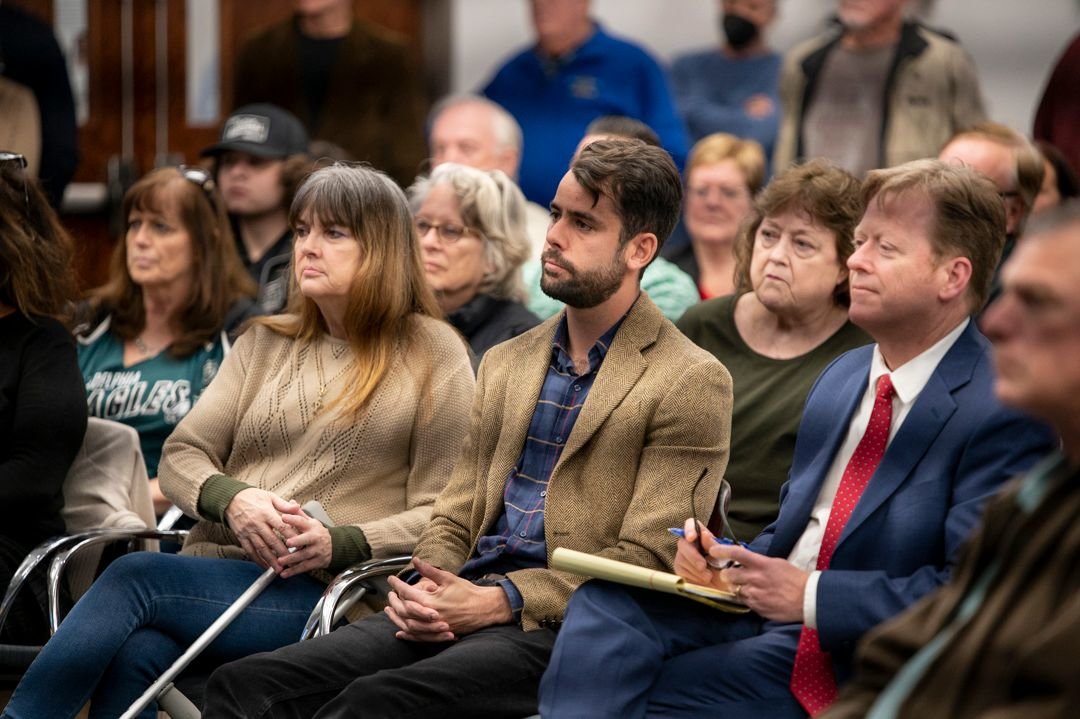 PALM COAST – Relations between the ownership of the Green Lion Cafe and Palm Coast city government were further strained at Tuesday’s City Council meeting. Even as a motion to continue negotiations passed unanimously, the two entities seem by some accounts to be on worse terms than they were before.

The city government has hosted the Marlow family, the Green Lion owners, in its restaurant building via concession agreement since 2017. The location is adjacent to the Palm Harbor golf course, which was on a downswing prior to the Marlows striking a deal with the city. The agreement was generous to the owners, and when it came back into scrutiny in February they publicly agreed to enter into a deal which was more amicable to both sides. It prevented the city from exiting the partnership to put the location out to new bidders.

The negotiations began after a February meeting with overwhelming public support for the Green Lion, leaving the Council with little room to walk away from the table. These subsequent talks have led nowhere, and Green Lion owner Chris Marlow accused the city of negotiating in bad faith.

On Tuesday, the restaurant was back on the agenda. The Marlow family again came to speak, this time without such a massive public support coalition. Chris Marlow was not offered a presentation slot to communicate the business’s side of things to the City Council (the Council can only legally discuss business in a public meeting). He expressed a sharp exasperation with Mayor David Alfin, who adhered to public comment procedure by not granting Marlow more than three minutes to plead his family’s case. The previous agenda item had allowed for lengthier presentation to the city by a firm tasked with constructing cell service towers.

Mayor Alfin gave the Marlows notice of the topic being discussed at 4:02 pm on Monday, about 17 hours before the meeting would begin. An agenda packet was released to media outlets on Friday afternoon by the city, including mention of the Green Lion agenda item. A longer advance notice of the last Council discussion of the Green Lion allowed the owners to gather dozens of supporters who rallied the Council for hours. Both parties reported communication issues with one another throughout the negotiating process.

Marlow listed off concessions that he says the Green Lion has made to the city, including paying $2,000 in monthly rent instead of $600, and paying for utilities like internet, phone, and propane. “What have you agreed to that we have asked?”, he asked Alfin.

Tony Marlow would follow Chris, also representing the restaurant’s ownership. Where Chris was measured in his frustrations, Tony held little of his frustrations back from the Council. “You emailed me [at] ten o’clock on a Friday night asking for my financials,” he snapped at City Manager Denise Bevan, “which you have no right to do.”

He went on to accuse the city of outright hostility. “I feel that this is a deliberate effort between Palm Coast staff to undermine my business,” he said, also blaming Chief Development Officer Jason DeLorenzo. “What you have given is fake news to the public, you should be ashamed of yourselves.“, he added as the public comment clock expired. “You’re a bunch of crooks.”

Following public discussion of the incident, Mayor Alfin passed his gavel over to Vice Mayor Eddie Branquinho, procedurally allowing him to make a motion. He suggested a ten-day period for the city staff and Green Lion owners to execute a lease agreement. If it can’t work by July 1st, the current agreement would be terminated and the tenancy of the restaurant building would be placed out to bid by other establishments (and the Green Lion too if they chose to bid for it). Alfin’s proposal also stated that the city would be willing to evenly split the cost of water with the Green Lion owners after some disagreement over which party uses more of it.

Councilman John Fanelli seconded Alfin’s motion, bringing it to Council discussion. Chris Marlow would then stand up from the crowd and attempt to, again, engage in a conversation with the Council. Branquinho, acting as the meeting’s facilitator, pleaded with him to cease commenting until he eventually motioned for security to remove Marlow from the chambers. Marlow could be heard addressing Alfin: “When you were running for Mayor you came to the Golden Lion.” Branquinho would have security allow Marlow to stay after his interruption ceased.

The Council voted 4-0 to approve a lease agreement. Councilman Nick Klufas was absent from the vote as he attends a family function out of state. The ultimate fate of the Green Lion Café will be known within days.