Tortugas Back At Jackie Robinson Stadium In May 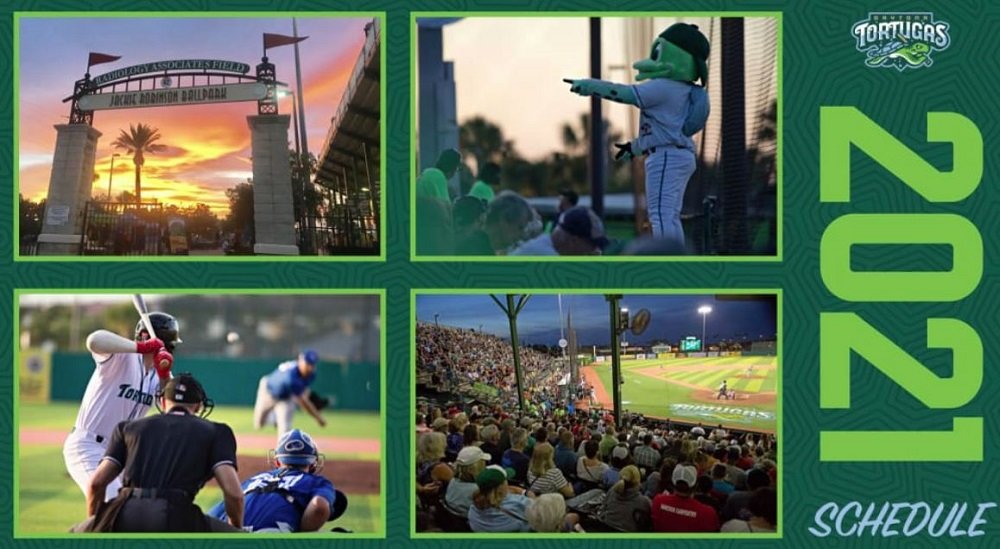 Daytona Beach, FL - Baseball will be back in Daytona Beach in May 2021. The Daytona Tortugas begin the season on May 4th at the Palm Beach Cardinals (STL) and their season-opener at Jackie Robinson Ballpark against the  St. Lucie Mets (NYM).

From a press release issued by milb.com/daytona/news/

The Daytona Tortugas today announced their 2021 schedule, a significant step in affiliated professional baseball returning to Jackie Robinson Ballpark for the first time in more than a year.

The Tortugas, a proud affiliate of the Cincinnati Reds, are scheduled to play 120 games. Sixty of those games will be at The Jack, where Robinson broke baseball’s color barrier in 1946.

The home opener is scheduled for Tuesday, May 11 against the St. Lucie Mets (NYM). The Tortugas will begin the season on May 4 at the Palm Beach Cardinals (STL) and conclude the season on Sunday, September 19, also at Palm Beach.

The Tortugas will now compete in the Low-A Southeast region. The new league consists of 10 teams, all of which are previous members of the Florida State League.

The 2021 season is scheduled to consist entirely of six-game series each Tuesday through Sunday. The entire league will observe an off day each Monday.

The Tortugas will be home on both Saturday, July 3 and Sunday, July 4 against the Lakeland Flying Tigers (DET) for Independence Day Weekend. The team is also scheduled to have several home games against the Fort Myers Mighty Mussels (MIN) during Labor Day Weekend in early September.

Game times for all games will be announced at a later date as will the Tortugas schedule of promotions. Tickets will go on sale soon. To receive updates, visit bit.ly/TugasTix, follow the Tortugas on social media, or call 386-257-3172.

“We are eager to continue our tradition of innovative and entertaining promotions and excited about once again providing our fans with the fun, memorable experiences they have come to expect from a Tortugas game,” co-owner Bob Fregolle said.

“The 2021 season will be a momentous occasion for our organization and community,” co-owner Rick French said. “It will be a special moment for all involved when we open the gates on May 11 to begin the second century of affiliated pro baseball at The Jack.”

ABOUT THE DAYTONA TORTUGAS