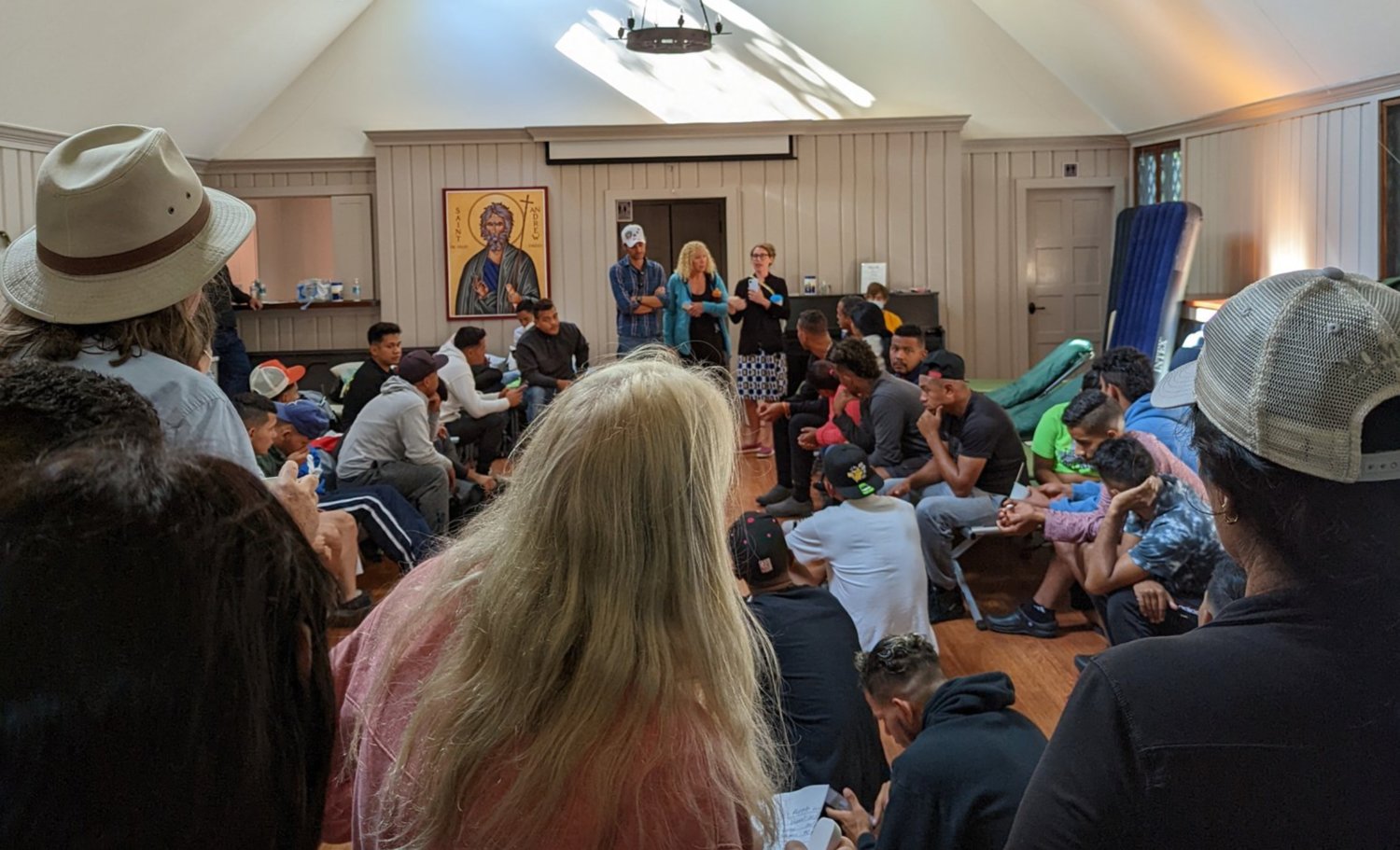 A plane full of 50 migrants landed in Martha's Vineyard, Massachusetts on Wednesday at the direction of Governor Ron DeSantis. The mission was funded by $12 million of taxpayer money set aside for such a goal in the 2022-23 state budget.

Massachusetts was selected as destination for the migrants on the basis that it's a 'sanctuary state', or a state that offers more protections for undocumented immigrants than others. The migrants are currently being kept in a local church shelter while local authorities determine a next step.

Some who got on the plane said they were told it would be a very different operation than what it was. A report from NPR states that a woman who introduced herself as 'Perla' told the migrants they'd be taken to Boston to receive expedited work papers. The flight started in San Antonio, TX, made stops in Florida and South Carolina, and then arrived in Martha's Vineyard.

"We're here now and there's nothing we can do," said one of the migrants. It matches a sentiment expressed by several of them who've been interviewed by major media outlets that felt they were not given what they were promised by the facilitators of the flight. "She offered us help," another migrant said of the woman who approached them. "Help that never arrived."

For DeSantis, it's a demonstration against the immigration policies of President Joe Biden and Democratic governors across Florida. Texas Governor Greg Abott said he wasn't involved in DeSantis's plan, but he executed a similar plan today in which two busloads of migrants were delivered to the Washington D.C. residence of Vice President Kamala Harris.

Though Central Americans account for 45% of Florida's undocumented immigrant population, none of the 50 who DeSantis selected for the $12 million expenditure were ever residents of the Sunshine State. Statewide Democrats have likened the trip to a cattle run, and said that DeSantis had taken steps to dehumanize the migrants for political points.

"We are not a sanctuary state, and it's better to be able to go to a sanctuary jurisdiction, and yes, we will help facilitate that transport for you to be able to go to greener pastures," DeSantis said in defense of the decision. He went on to assert that Republican states bear an disproportionate share of the responsibility in receiving and caring for migrants from other countries.