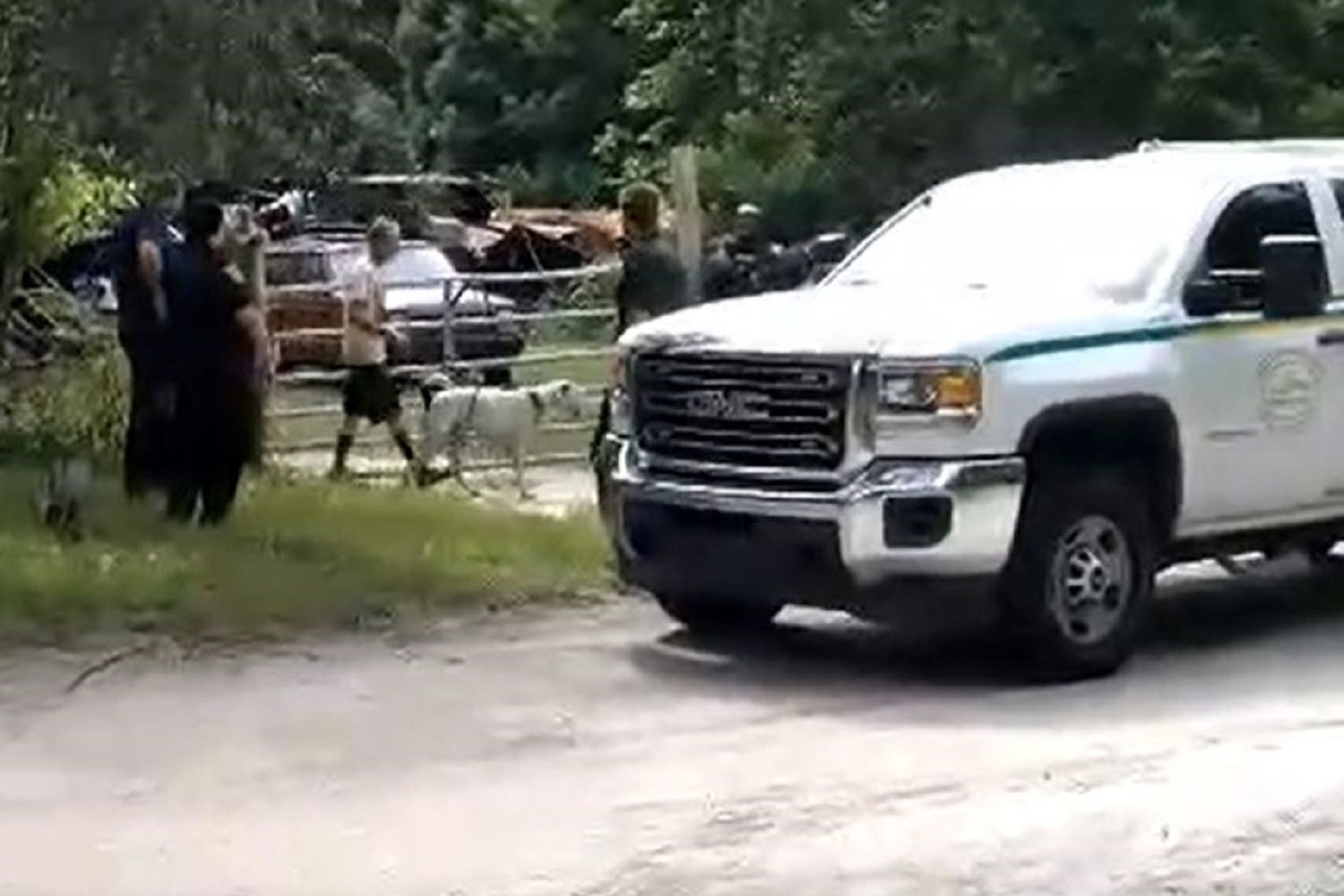 Ormond Beach, FL - Neighbors on Endora Street in unincorporated Volusia County near Ormond Beach saw Volusia County Animal Services (VCAS) remove 10 dogs from the home at 327. They'd made numerous complaints about the way the dogs were treated, living without proper shelter or access to fresh water.  VCAS Director Adam Leath said those complaints and media reporting gave an accurate depiction of what was happening on the property. "We received additional, credible complaints and evidence that was received is admissible and ultimately led to the issuance of a search and seizure warrant to remove the animals from the property."

A neighbor provided video of the removal.

Leath said that it wasn't until recently that VCAS received enough evidence to determine probable cause for the warrant to take the dogs.

Once the dogs were removed they received immediate medical attention at the VCAS clinic. Leath said they have petitioned the court for custody of the dogs so they aren't returned to the property.  He said by state statute a hearing is supposed to commence within 30 days of the petition. Criminal charges have not been filed yet. Leath said that will be determined by the results of the investigation and the ultimate decision by the State Attorney's Office.

Leath said the dogs are still being examined and treated and so can't say anything yet about their health. He did say they observed the animals on the property without appropriate resources.

"We aren't able to be everywhere," Leath said, "If it weren't for your (WNDB) listeners and those who are out there being the eyes and ears, speaking for the animals, we would not be able to be as successful as we are at providing intervention when it's needed."