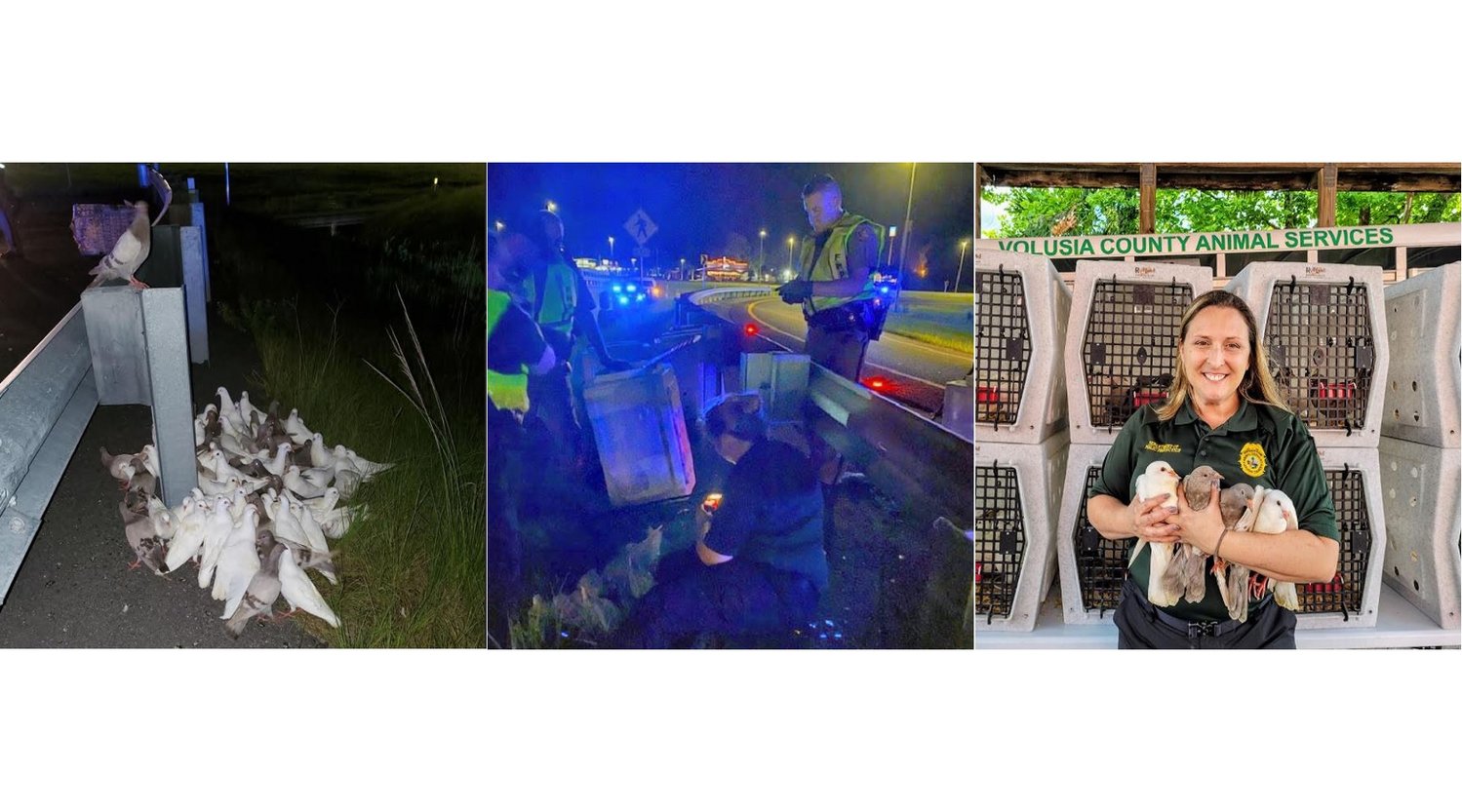 Daytona Beach, FL - When the Volusia Sheriff's Office (VSO) started receiving calls last night (June 29) around 11 p.m. they had to turn to Volusia County Animal Services (VCAS) to assist on the call. The callers reported "500 white doves" blinding drivers on I-95 near the International Speedway Boulevard exits in Daytona Beach. The group effort got bigger when the Florida Highway Patrol (FHP) and Florida Fish and Wildlife Conservation Commission (FWC) also reported to the scene.

Investigators say that it's likely that a crate carrying upwards of 100 homing pigeons fell off a truck, bursting open on the road. VCAS says "because birds roost at night, the pigeons stayed on the road, until bright lights from vehicles startled the birds, causing them to fly into the air and create a hazard for drivers."

The exit was shut down for almost three hours to keep drivers, rescuers, and pigeons safe. Seventy-three pigeons are being housed at VCAS. Volusia County Animal Control Officer Alicia Dease says the birds aren’t banded, making it impossible to know where they came from or who they belong to.

“Our job is to help animals find their way home, whether they’re covered in fur, scales, or in this case feathers,” said Dease. “We’re hoping someone out there might have information on where these birds came from or the truck that was carrying them. While homing pigeons aren’t as common as dogs or cats, they are cared about by someone and we want to ensure they’re returned to their rightful owner.”

Anyone with information regarding the pigeons should call Volusia County Animal Services at 386-248-1790 or email ADease@volusia.org.