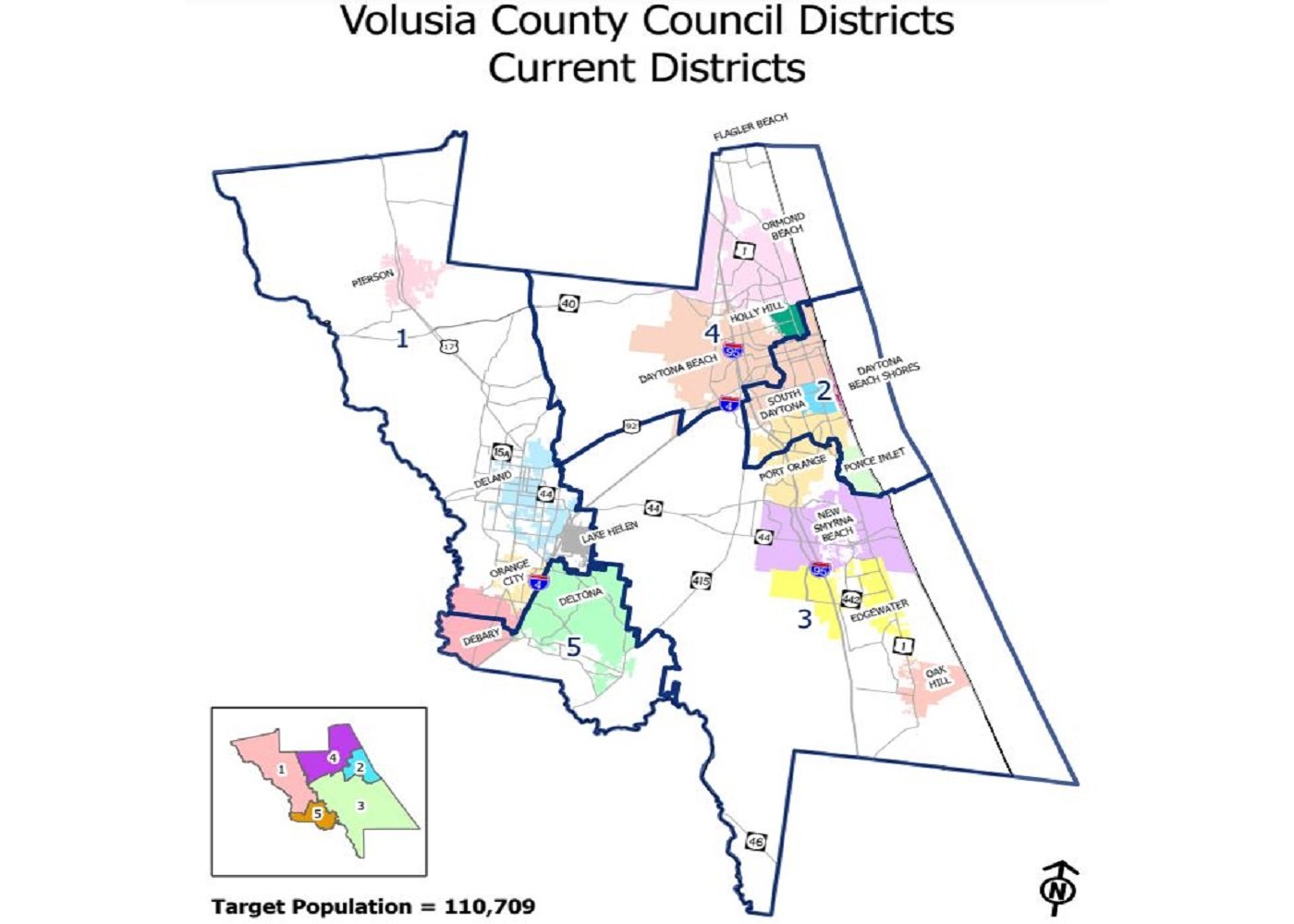 “We want to keep it as simple as possible,” said council member Ben Johnson.

Gary Davidson, Volusia County Activity Project Manager, said in a press release "that to initiate the dialogue, the county’s Geographic Information Services team utilized the block-by-block Census data and the criteria established by the council to generate a series of district maps for consideration.

On Tuesday, six different map options were unveiled – dubbed plans A, B, C, D, E, and F. Some of Volusia’s cities would be split into two council districts regardless of which map is chosen. But three of the maps contain significant changes in the shape of some of the districts. Those maps were less preferred for the time being by council members, who instead stated their preference for the three maps with minimal changes – A, B, and F. Council members were in agreement that fewer changes would result in less confusion for voters."

In the Council's top preference, Map F, two districts remain unchanged. Major changes would move Lake Helen to District 3 and parts of the southern section of Port Orange would move into District 2.

Data released this year from the 2020 Census shows that Volusia’s population has increased by nearly 60,000 – to 553,543. Two of the primary objectives of redistricting is to ensure that the districts are compact and contiguous and as nearly equal in population as possible. Whatever district map that the County Council adopts will take effect for the 2022 elections.

The population in District 1 in northwest Volusia and District 5 in southwest Volusia grew the most in the past decade. To equitably distribute the population based on the new Census, the county's goal is for each council district to have between 109,602 and 111,816 people.

Redistricting affects both the county and the Volusia County School Board. A joint meeting is scheduled for Monday, October 18 at 5:30 p.m. at the county’s Thomas C. Kelly Administration Center in DeLand to discuss the maps. If needed, another meeting will be scheduled for October 28.

Although not required, the County Council and School Board could adopt the same district map. County Chair Jeff Brower expressed hope that will happen.

“I am very hopeful that the School Board will join us and have the same districts,” said Brower. “I think it would be much easier for the public to understand where they’re voting and who they’re voting for.”

The county also is seeking community input into the selection of its new district map. The redistricting meetings will include public comment periods. Additionally, comments can be submitted online at www.volusia.org/census or www.vcsedu.org/school-board. The maps could be revised along the way based on the input received.

Once a map is chosen, county staff will begin the work of writing the legal description for the district boundaries. The County Council is tentatively scheduled to select the new map at its November 2nd meeting and make it official with a final vote on an ordinance at its December 14 meeting. Adoption of the ordinance will require a minimum two-thirds vote of the council.