One shot on side of face, other shot in chin and paw. Dogs "back on their feet," says sheriff's office 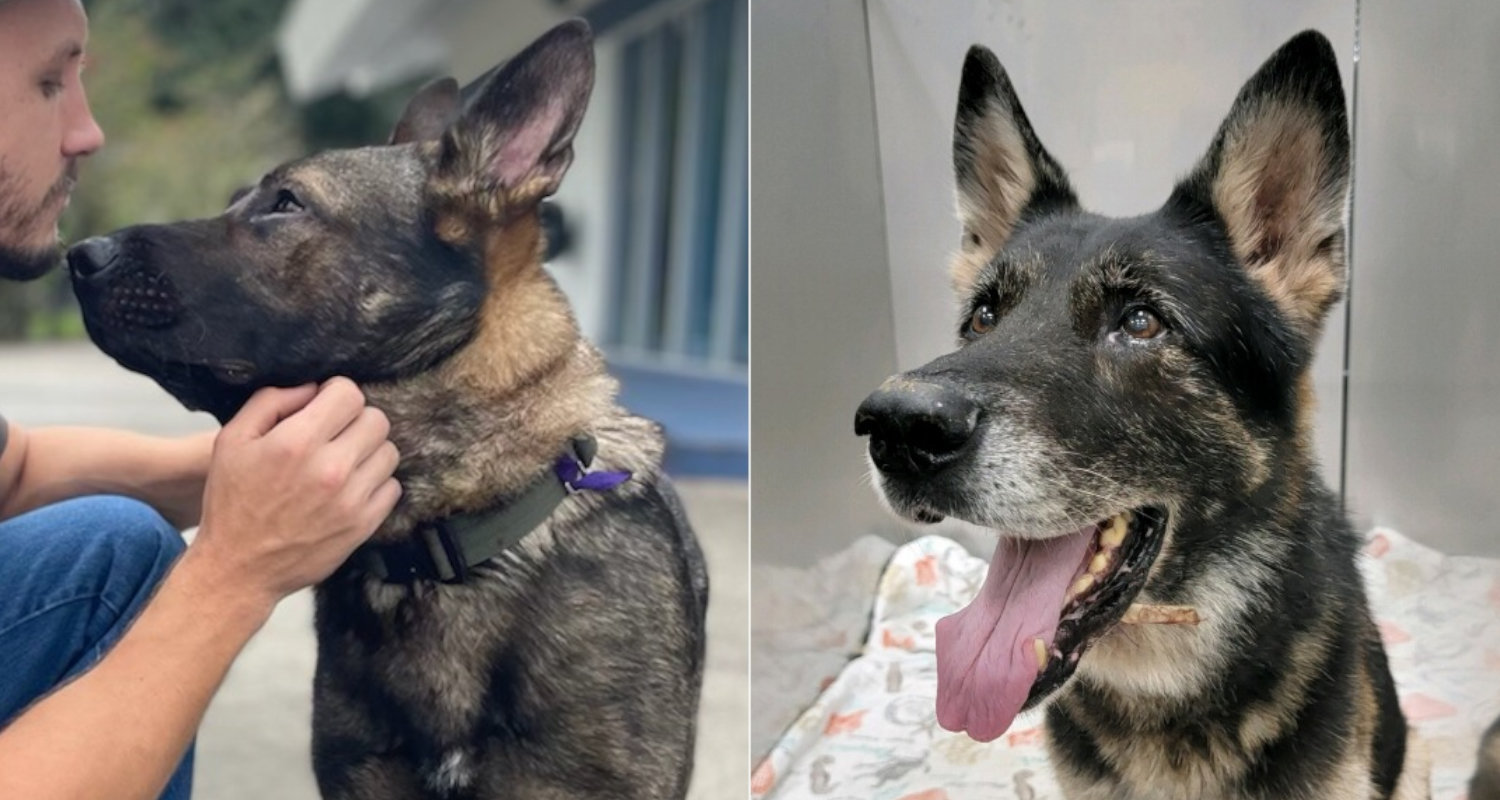 Deltona, FL - Two Volusia Sheriff's Office (VSO) K-9s are back on their feet after both of them were shot and injured during a shooting in Deltona.

The suspect in that shooting, 21-year-old Shedrick Singleton Jr., was wounded by deputies who returned fire around 2:20 Saturday morning (September 11) at the scene off Lake Helen Osteen Road and Capri Circle, near Deltona Gardens Apartments and a Lowe’s store.

The first K-9, Ax, was shot in the side of his face in the initial shooting shortly after midnight. He was rushed to a veterinarian by his handler, Deputy A.J. Davis. The other K-9, Endo, was shot in the paw and the chin in the second shooting. He was rushed to another vet clinic by his handler, Deputy Brett Whitson. Besides Singleton, there were no other injuries sustained.

“There is no doubt that K-9 Ax and K-9 Endo took bullets that were meant for my deputies,” Sheriff Chitwood said following the shooting, praising the bravery of the dogs that had to be pulled away from the suspect even after they were shot. “If the deputies would have gone into the woods, the first person to come in contact with Singleton, without a doubt, would have been shot.”

The initial carjacking was reported to the VSO around 11:30 p.m. by a Lyft driver who said he picked up a passenger in Sanford and drove him to his requested location, a remote stretch of Reed Ellis Road in the Osteen area. The driver told investigators the suspect held a gun to his head and forced him to get out of his white Kia minivan before stealing it. Around 15 minutes later, the stranded victim, whose phone was also stolen in the carjacking, flagged down a passing vehicle for help.

The stolen minivan was eventually spotted by a license plate reader near Lake Helen Osteen Road. Singleton parked and bailed out near an apartment complex and went into a wooded area to hide. Air One then spotted him from overhead.

After about 10 minutes, as Deputy Davis and K-9 Ax were approaching the suspect, shots rang out and Ax came out of the brush with a gunshot wound to his face. The suspect went deeper into the woods.

Following the shooting, multiple agencies came to assist the sheriff's office, including VSO SWAT, who arrived with the agency's armored vehicle, the Bearcat. Drone operators from the VSO Aerial Response Team also arrived to provide another aerial view along with Alert One, the Seminole County Sheriff’s Office helicopter that often relieves Air One to allow refueling.

After an hour and a half, Singleton was seen leaving the woods. Deputies moved in and exchanged gunfire with the suspect, striking him multiple times. Endo was shot during the exchange and rushed from the scene for treatment as deputies moved in to treat Singleton’s wounds. He was transported to Central Florida Regional Hospital in Sanford with life-threatening injuries.

According to investigators, four deputies and one DeLand police officer fired their weapons. The Florida Department of Law Enforcement (FDLE) was called in to investigate the shooting, as is standard protocol with law enforcement-involved shootings. The deputies will be placed on paid administrative leave, which is also standard protocol.

While the criminal investigation is ongoing, Singleton will face charges including armed carjacking and use of a deadly weapon against a police K-9.

Endo is a previous recipient of the VSO Medal of Valor and Purple Heart after he was shot in the neck while responding to a domestic violence call back in November 2015.