VSO, DeLand PD In Standoff With Suspect At AdventHealth DeLand 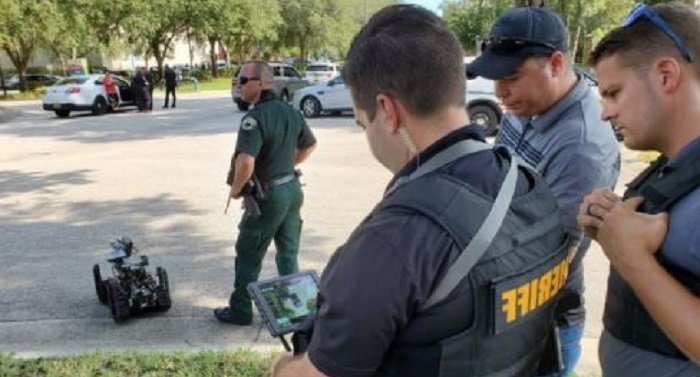 UPDATE: (5:20 P.M.) The Volusia Sheriff's Office has released a video of the incident. You can find that below. (The video has no sound).

UPDATE: (1:00 P.M.) During a press conference, Volusia Sheriff Mike Chitwood revealed that the suspect, identified as 55-year-old Theodore Melton, is a veteran and served in the Iraqi theater.  He's also a former DeLand Police officer.

UPDATE: (12:30 P.M.)  The Volusia Sheriff's Office is reporting that they have the man in custody.

DeLand , FL - The Volusia Sheriff's Office is asking people to stay away from the area around AdventHealth DeLand this morning due to an active shooter situation near the ER.

The situation started at DeLand City Hall early this morning.

The VSO Bomb Squad and a SWAT team, along with a negotiator, are currently on scene.

This is a developing story. Check back for updates.