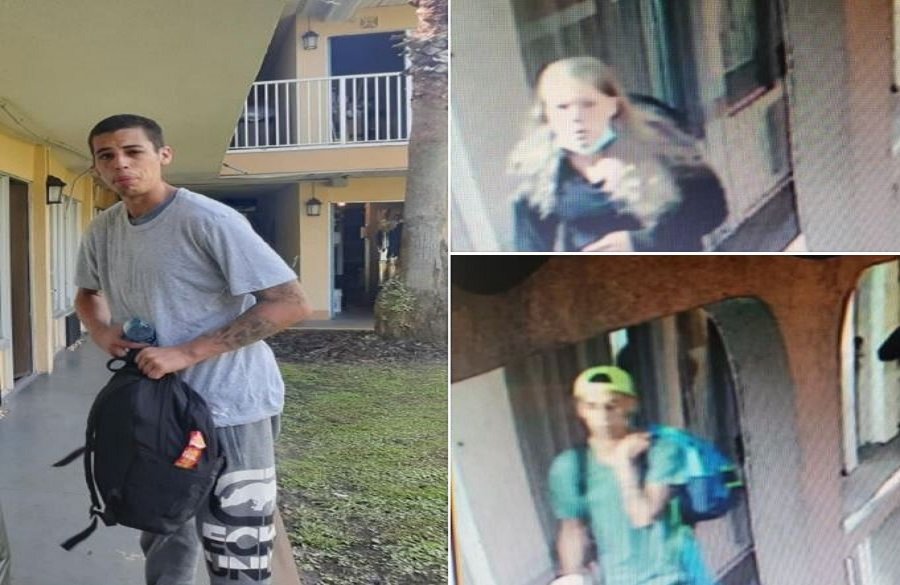 UPDATE: Volusia Sheriff's detectives have identified the two suspects in the break-in as 32-year-old Jonathan Charapata and 23-year-old Cheyanna Daigle.

Daytona Beach, FL - Volusia Sheriff's Office (VSO) investigators are looking for a man and woman who tried to break into an occupied motel room early Saturday morning. The male is described as white, in his 30s, about 6 foot tall, wearing a matching teal shirt and shorts and a yellow hat. The female suspect is white, about 5’6”, and carrying a black backpack.

Investigators say the man was shot in the buttocks by the occupant of the room at the Motel 6, located at International Speedway Boulevard and Tomoka Farms Road, that they were trying to get into.

If you know them or see them, you're asked to call 911 immediately.