What’s Really In The Parental Rights In Education Bill 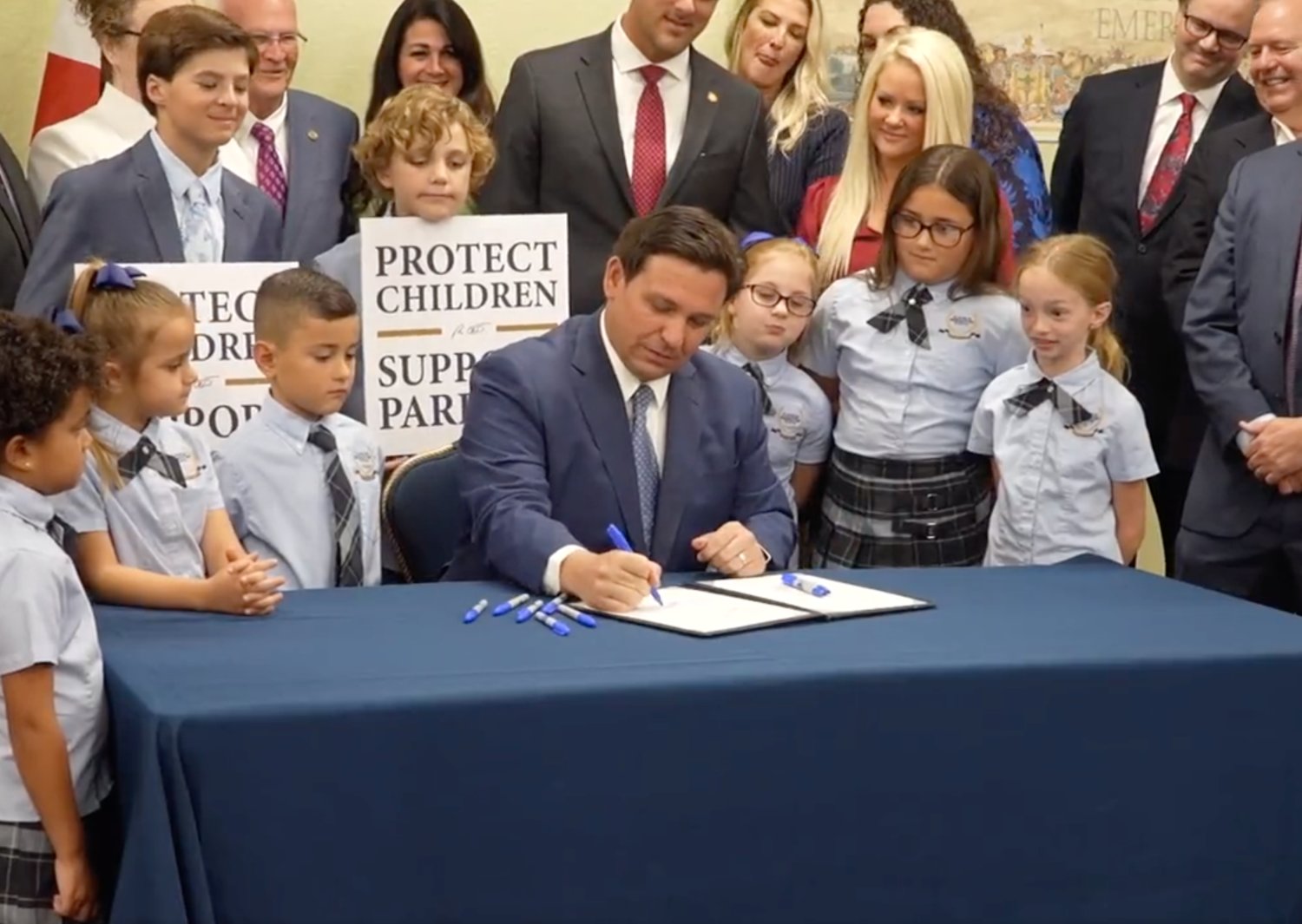 It’s the most controversial piece of legislation in recent Florida history. The Parental Rights in Education bill, better known as the ‘Don’t Say Gay bill’ by those who oppose it, has driven apart factions of Floridians and become a national lightning rod of attention to the state. The bill passed the state legislature with fierce debate, and was signed into law by Governor Ron DeSantis on Monday.

Proponents of the act would tell you it’s a way to prevent K-3 students from having to hear about sex in the classroom. Opponents herald it as a prohibition of LGBTQ+ discussion in an age group which might need it. The bill isn’t both things, and it’s hard to know who to trust if you haven’t actually read the bill.

So above all else, it’s important to read the text of the Parental Rights in Education bill. The whole thing is available in PDF form, from the State Senate’s web portal. If you want to know what’s inside it, there’s no better way than to read it firsthand.

The first portion of the bill which has LGBTQ+ allies up in arms reads:

“prohibiting classroom discussion about sexual orientation or gender identity in certain grade levels or in a specified manner.”

‘Certain grade levels’ has been defined in the bill as kindergarten through third grade. The objection states that making mention of same-sex couples in educational contexts is a necessary component for K-3 students to develop an accurate understanding of their society. ‘Sexual orientation’ and ‘gender identity’ are not defined in the bill, and the state legislature vetoed an amendment which would’ve established exactly what they mean.

In standard practice, ‘sexual orientation’ refers to which genders an individual finds romantic interest in, and ‘gender identity’ refers to whether an individual prefers to be referred to as male, female, non-binary, or other denotation of gender.

Additionally, students who experience parental abuse relating to sexual orientation or gender identity would now no longer have their teachers as a possible resource for support.

Another section which has drawn scrutiny reads:

This portion has drawn objections on the basis that it empowers parents too much to interfere in the classroom without the legitimate basis to do so. Others celebrate this passage as a new resource for parents to ensure ethical practice by educators with their children.

Another portion repeats something similar to what was outlined in the first:

“Classroom instruction by school personnel or third parties on sexual orientation or gender identity may not occur in kindergarten through grade 3 or in a manner that is not age appropriate or developmentally appropriate for students in accordance with state standards.”

This largely touches on the same concepts mentioned earlier, whether sexual orientation and gender identity are necessary topics of discussion in K-3 grades. Soon following that part:

“At the beginning of the school year, each school district shall notify parents of each healthcare service offered at their student’s school and the option to withhold consent or decline any specific service. Parental consent to a health care service does not waive the parent’s right to access his or her student’s educational or health records or to be notified about a change in his or her student’s services or monitoring as provided by this paragraph.”

This concept, which is touched on multiple times in the bill, gives parents increased access to health decisions made regarding their students in Florida schools. It does not define what sorts of health decisions might fall under this umbrella.

There are other implications of the bill which aren’t the cause of as much discussion as the ones outlined here; those can be reviewed within the full text of the bill.

The Parental Rights in Education bill makes no prohibition against the discussion of sex or sexuality around K-3 students as is commonly claimed (again, check the bill for verification). An amendment was made by a Republican state legislator to include this provision, but the majority of his own party vetoed including it within the bill.

The law will take effect on July 1st of this year. It’s set to endure a set of legal challenges by pro-LGBTQ+ groups along the line, which represent the last hope for such communities that the bill would be struck down.

One last time, if you haven’t read it, here’s a link to read the entire Parental Rights in Education bill.