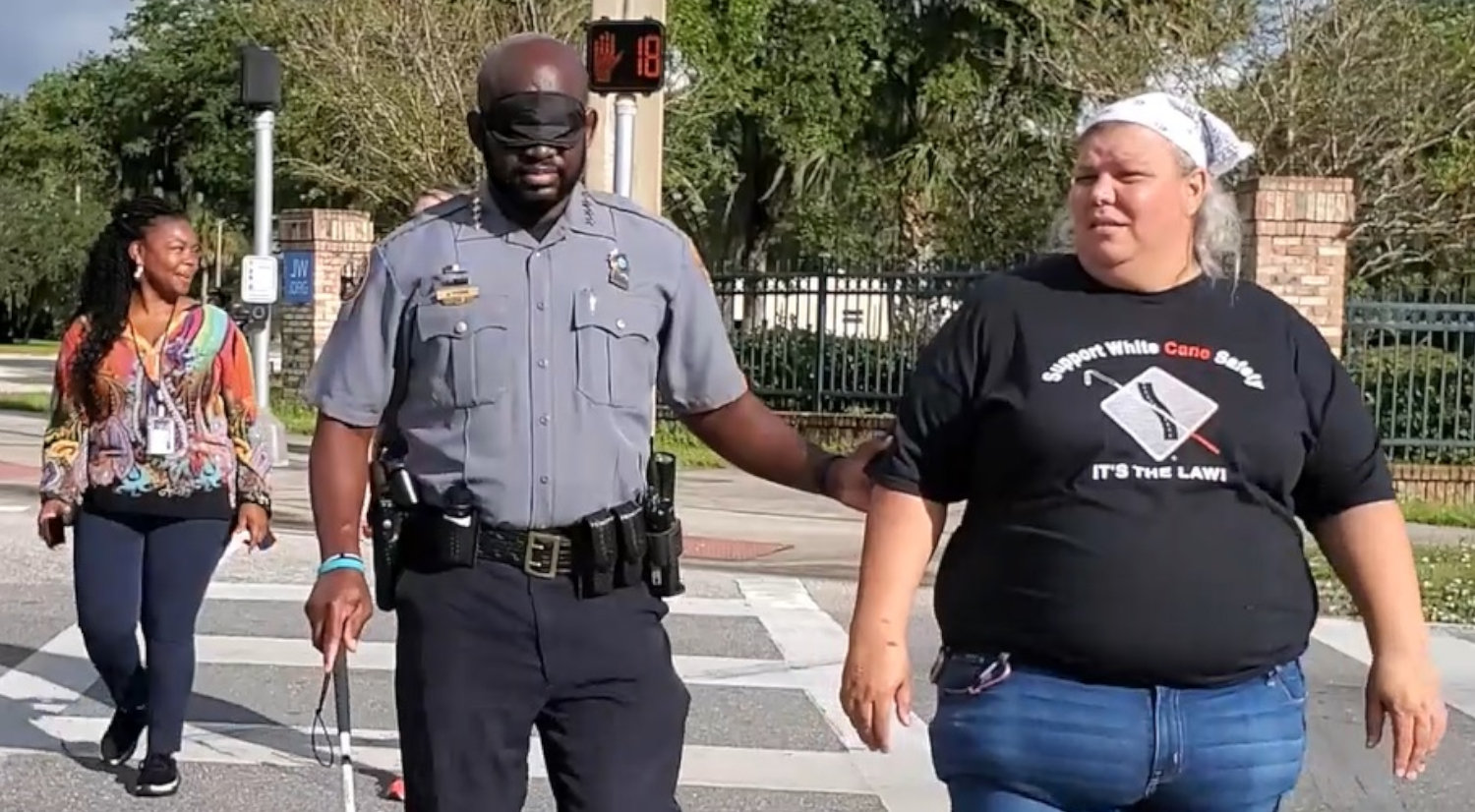 On Wednesday (Oct. 13), Chief Jakari Young and members of the Daytona Beach Police Department (DBPD) visited the Daytona Rehabilitation Center for the Blind and Visually Impaired to do a blindfolded walk.

With a white cane in hand and a blindfold around his eyes, Chief Young, with the assistance of Holly Ryan—an employee at the rehabilitation center and a visually impaired person—took a blind walk around the intersection of Dunn Avenue and White Street, just down the road from Daytona State College.

During their crossing event with Chief Young, Ryan said the DBPD conducted 12 stops for violations, with 11 of those stops leading to a citation. One stop included a misdemeanor for reckless driving, and another led to a charge of eluding law enforcement.

When asked to describe the feeling of trying to cross the street when you’re visually impaired, Ryan only replied with one word: intense.

“When someone goes to step off the curb, as a blind pedestrian, we are focused on the traffic sounds,” said Ryan. “We’re trying to cross with our closest parallel traffic, we’re trying to make sure our perpendicular traffic is stopped, we’re trying to keep a straight line of travel.”

“When you have cars coming at you from all different directions, it’s not always easy to identify where they’re coming from or going to,” added Ryan.

Ryan additionally mentioned that driving in front of a blind pedestrian as they are trying to cross the road can also throw off their sense of direction, which can lead to them spending more time in the street than they need to.