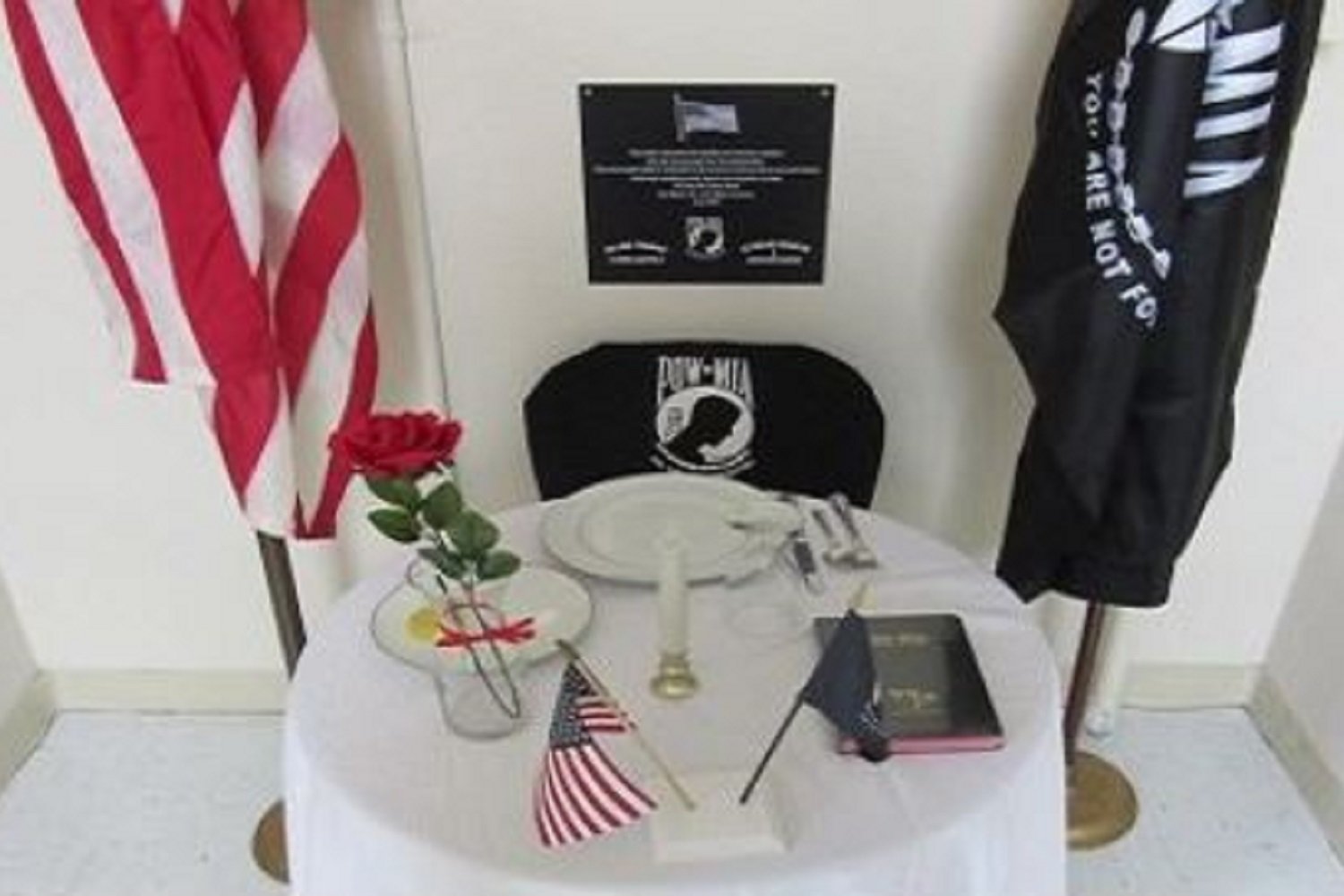 Palm Coast, FL - With Veterans Day coming up next month, the Flagler County Public Library has a "White Table Ceremony" scheduled on Wednesday, November  10, to honor servicemen and women who are Prisoners of War or Missing in Action. The table and ceremony script will remain set up at the library through Monday, November 15.

“The POW/MIA Honor Guard Detachment of 157 Air Force ROTC at Embry-Riddle Aeronautical University will perform the ceremony,” said Library Director Holly Albanese. “Refreshments will follow, provided by the Friends of the Library.”

Details of the ceremony:

The white cloth symbolizes purity of the motives of servicemen and servicewomen when answering the call of duty so their children could remain free. A lone candle symbolizes the frailty of prisoners, each standing up alone against their oppressors. The black ribbon on the candle serves as a reminder that they may not be coming home.

A single rose is a reminder of the families and loved ones who keep the faith. One slice of lemon on the bread plate symbolizes their bitter fate should they never return home. Salt is symbolic of the families’ tears as they wait and remember.

The red ribbon on the flower vase – and the yellow ribbons worn by scores – personify those who await their return. A faded picture on the table expresses how much they are both missed and remembered by their families. Their chairs are tipped because they are not here, but space is saved for them in hopes of their return.

The library is located at 2500 Palm Coast Parkway Northwest.