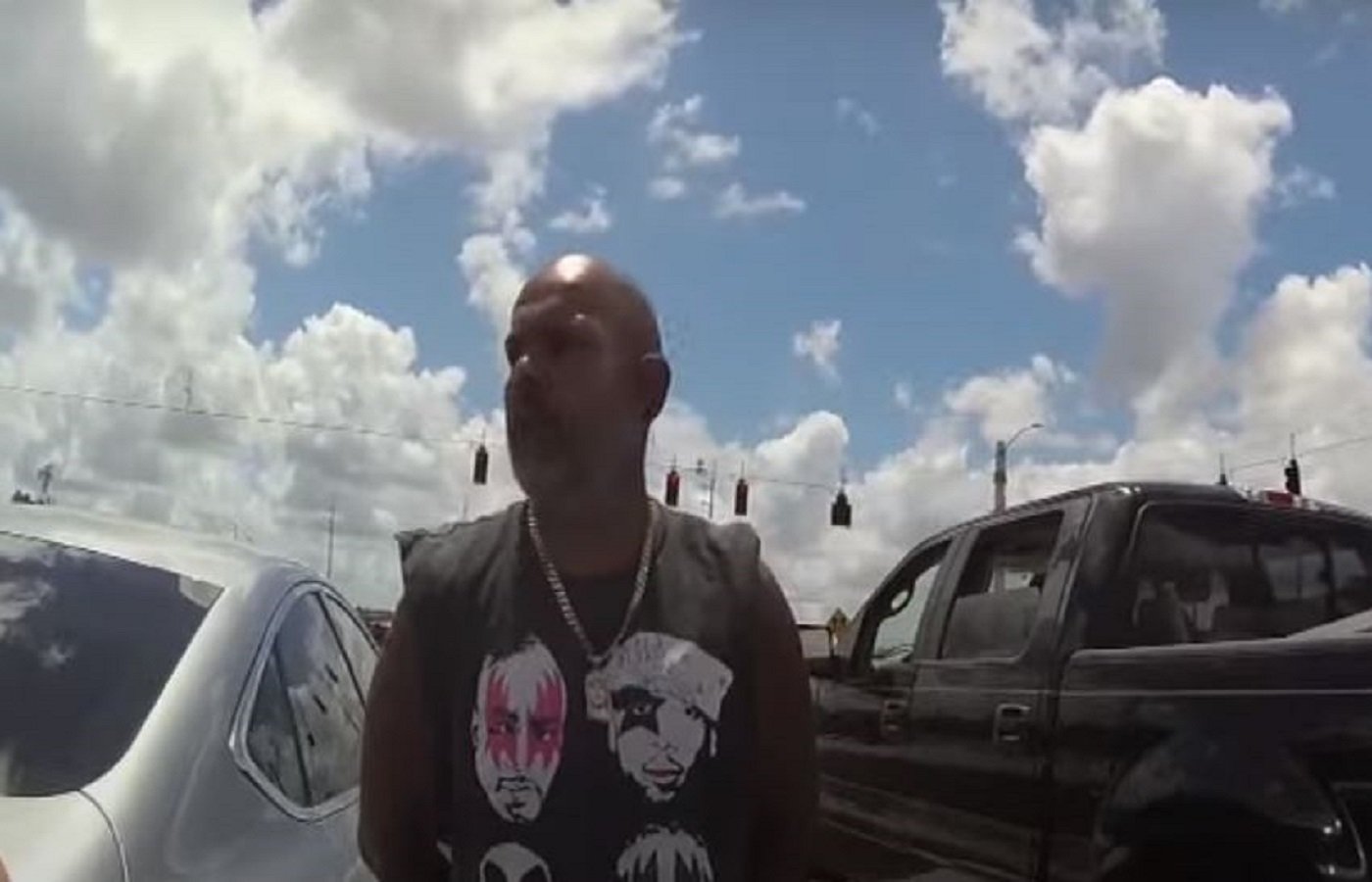 Deltona, FL -  Two witnesses stepped in to help a Volusia Sheriff's Office (VSO) deputy yesterday (May 18) afternoon when they saw him struggling with 41-year-old Frank Padilla Velez during a traffic stop in Deltona.

The deputy was conducting a traffic stop on Howland Blvd. after the F-150 Padilla was driving crossed all lanes of traffic on Howland Boulevard and nearly collided with the patrol car. When he pulled over for the traffic stop, he began behaving erratically, jumping out of his truck then lying down in the roadway.

The deputy worked to calm Padilla, who then tried to leave. When the deputy tried to put him in handcuffs,  Padilla became combative, hitting the deputy in the head with his elbow, knocking the handcuffs into the road, and began fighting.

The witnesses stopped their vehicles to assist the deputy. During the struggle, Padilla tried to bite the deputy's leg and thrashed around on the roadway. The deputy tried his taser but it did not slow Padilla down. During the struggle, the deputy’s body camera’s main power button shut off before additional deputies arrived and helped take Padilla into custody.

One of the witnesses retrieved Padilla's dog, which leaped out of the truck during the struggle. The deputy was not seriously injured.

Padilla is charged with resisting an officer with violence, battery on a law enforcement officer, driving with a suspended license, careless driving, and expired registration. His bond is set at $20,500.

Sheriff Mike Chitwood praised the two men who stopped to help and says he's going to honor them with citizen's awards. "All my respect and gratitude goes out to these two men who took action when they saw a deputy under attack. It makes me proud to know that in Volusia County, our residents still have our deputies' backs."