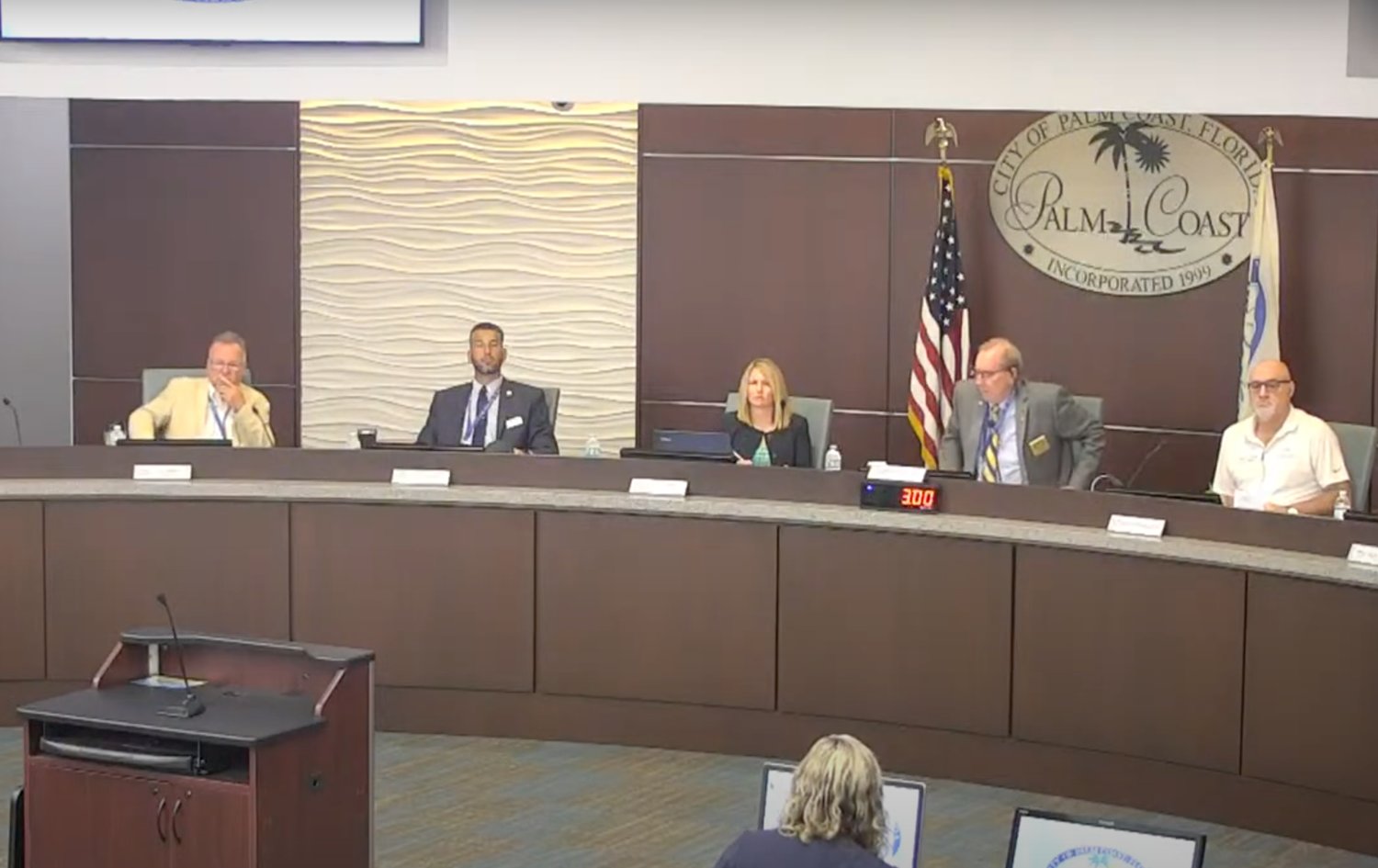 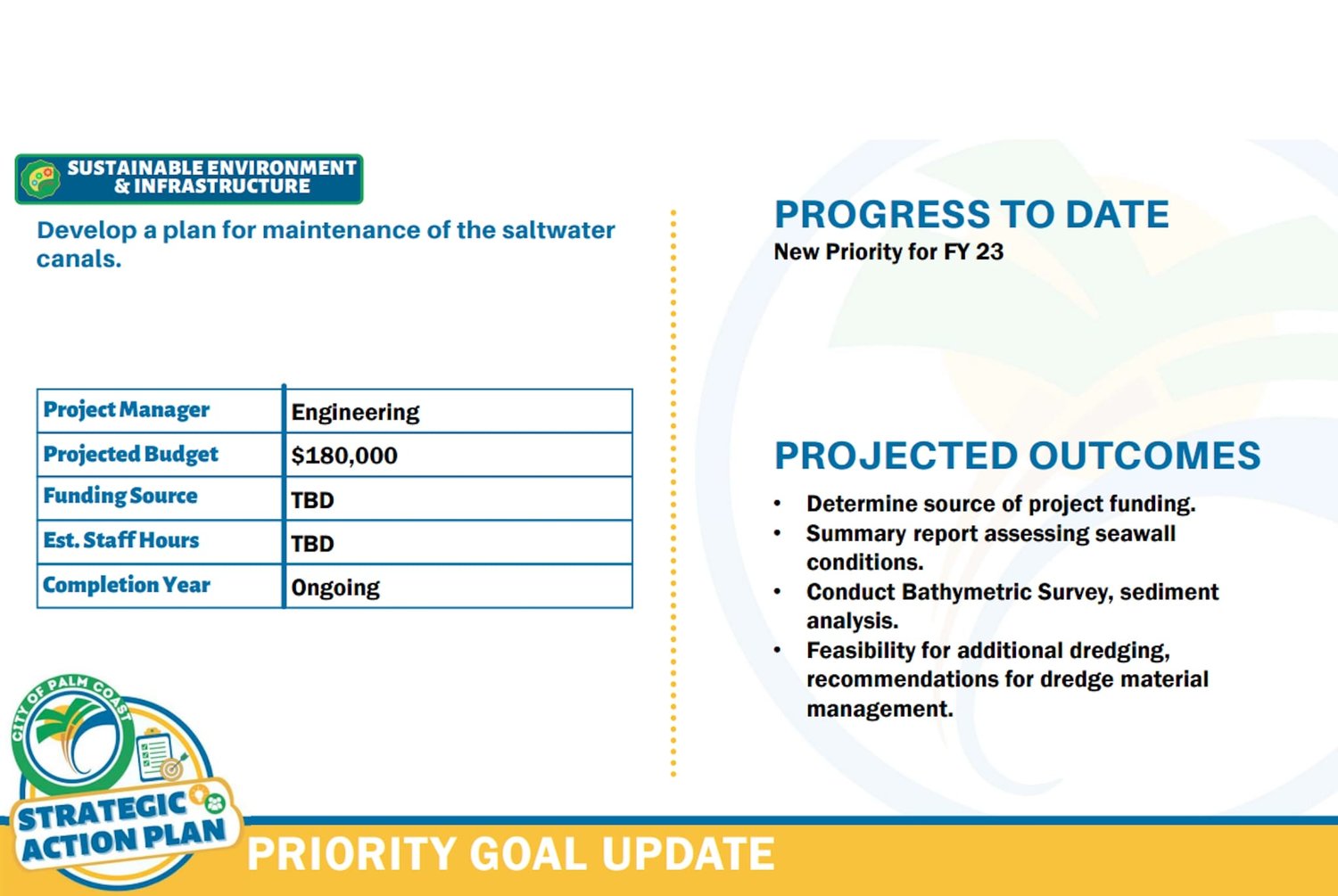 PALM COAST - The Palm Coast City Council on Tuesday received their annual strategic plan presentation. One of the key items was a long-running issue on residents' minds - the network of saltwater canals which defines the city's F and C sections. Those who live in the area have for some time now petitioned the Council to move forward with dredging the canals, a process which removes silt from the bottom to restore the depth to its intended levels.

The strategic action plan item covering the canals, as presented to the Palm Coast City Council.

At the Tuesday meeting, assessing the canal issue was presented as a potential $180,000 expenditure for the city. Staff hours and the source of the funds were listed as unknown. The $180k price tag was set to form a picture of where exactly the situation stands with the canals, not to actually set in motion a dredging project.

Covered within the plan would be determining where the funds would come from, creating a report assessing the condition of the seawalls, analyzing sediment, and determining the feasibility of conducting dredging.

The canal issue has become prominent in conversation not just for city staff and City Council members, but for City Council hopeful as well. "The people here need remedies," said City Council candidate Sims Jones back in January. "What is the city doing to rectify those situations? If they could come up with something to rectify it, everybody would be happy."

Alan Lowe, another candidate in the District 2 race, has concurred with his opponent on several occasions from the public speaker podium. "As a concerned citizen representing District 2," Lowe said on Facebook following the meeting, "the saltwater canals have moved forward and I'm not even elected yet." It drew the approval of Council member Ed Danko, who endorsed the notion that Lowe had made an impact for the canals. "We met with residents in the C section. I went back to fight for this at City Hall."

Danko also expressed gratitude to no longer have former Mayor Milissa Holland on the dais, characterizing her as not being effective on the canal issue. Holland in 2018 explored the idea of a localized tax district which would place the burden of paying for seawall repair on the residents whose homes the seawalls protected. It would bill them for repairs on an individual basis. Then-City Manager Jim Landon countered that spending from public funds was justified to act quickly and prevent potentially serious damage.