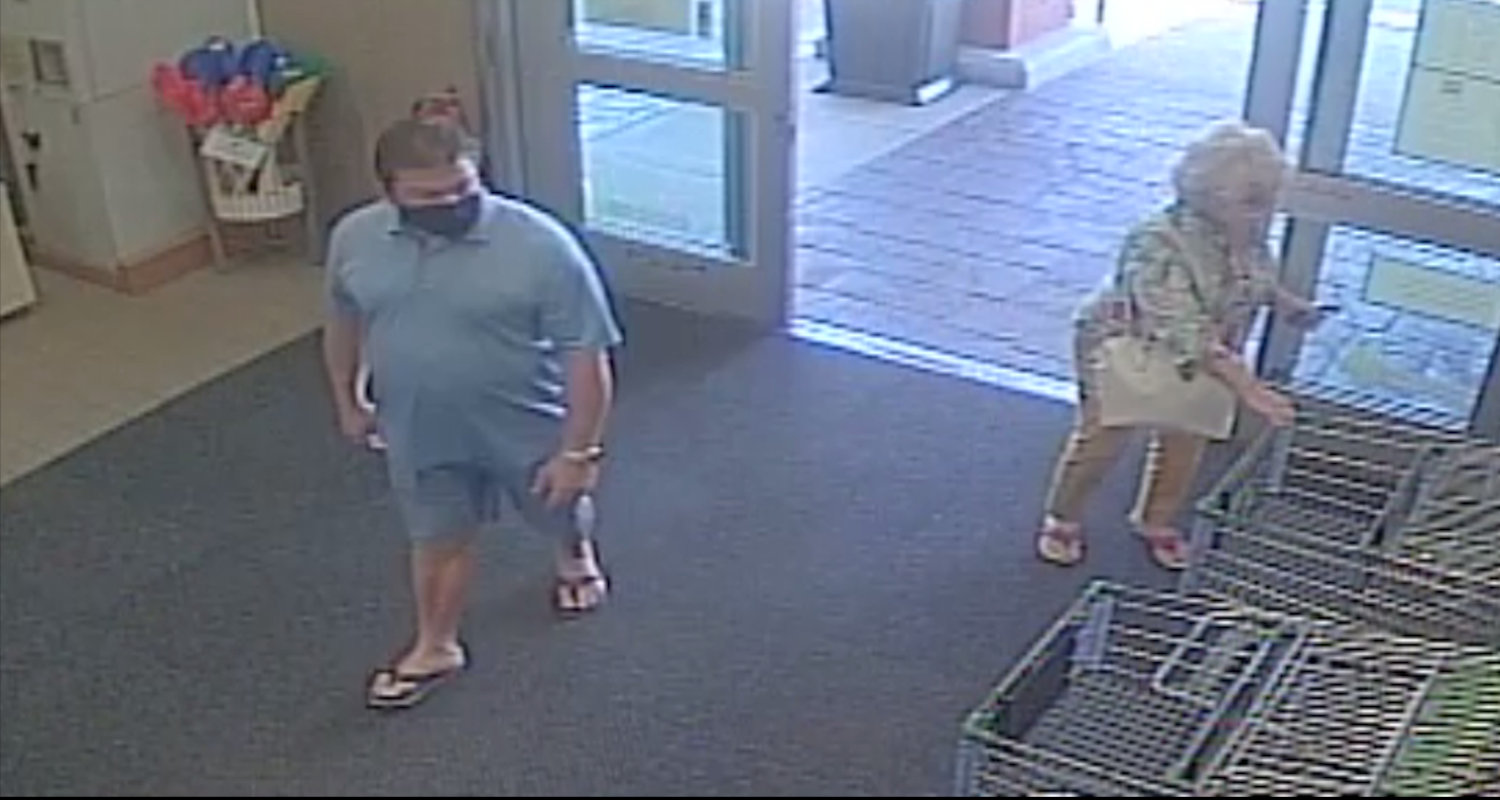 UPDATE (08-25-20): The Daytona Beach Shores Department of Public Safety stated in an email to multiple media outlets that the man and woman in this incident have stepped forward following coverage of the incident.

So far, no arrests have been made. Officers have also stated that the man and woman have been cooperating in the investigation. Any witnesses to the event are also asked to come forward.

The victim told police that he was checking out at a South Atlantic Avenue Publix on Sunday (August 23rd) when a female entered his checkout line. According to the police report, the victim stated the woman was closer than the social distancing floor markers allowed.

This was a concern to him, since he recently underwent surgery to get a heart stent put in. Therefore, he asked the woman to abide by the social distancing rules that were put in place. No altercation ensued after he finished his transaction.

HAVE YOU SEEN THIS MAN?: @DBShoresPS says the man in blue reportedly punched a 75-year-old man who recently had heart surgery after he asked a woman not to stand too close because he was concerned about social distancing.

However, once he was at his car, he was approached by a man who reportedly said "you f*cking gator redneck, how dare you," before he accused him of holding up the line.

The man then punched the victim in the chest, which caused him to fall to the ground and hit his head on the asphalt. Per the police report and the victim's narrative, the suspect then stood over him and said "one word and I'll kill you."

After the altercation, the suspect left the scene in what was described as a late model Cadillac. As he left, the victim observed the woman who was behind him in line in the passenger seat of the vehicle.

The victim also told police that he wished to press charges if the suspect is identified.

He was described as a male in his mid-30's, standing around 5'10" and weighing around 175 pounds. The woman was said to be between 50 and 55-years-old with blonde hair.

Anyone with information on the suspect's whereabouts are asked to contact the Daytona Beach Shores Department of Public Safety, or your local authorities.