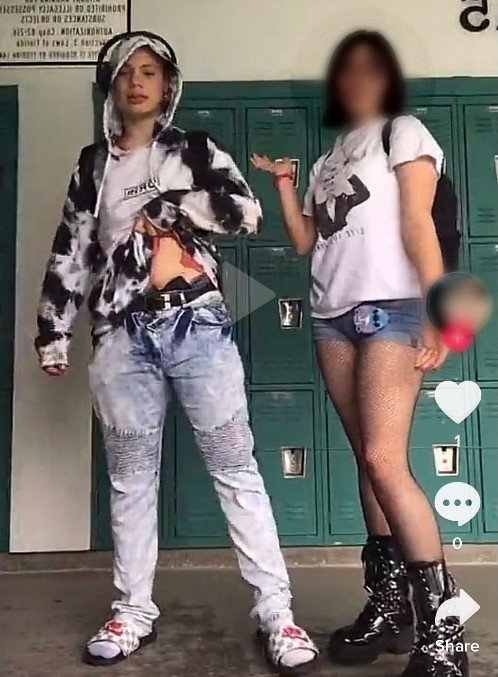 Anthony Loos and an unidentified student. The gun can be seen in his waistband
Volusia Sheriff's Office 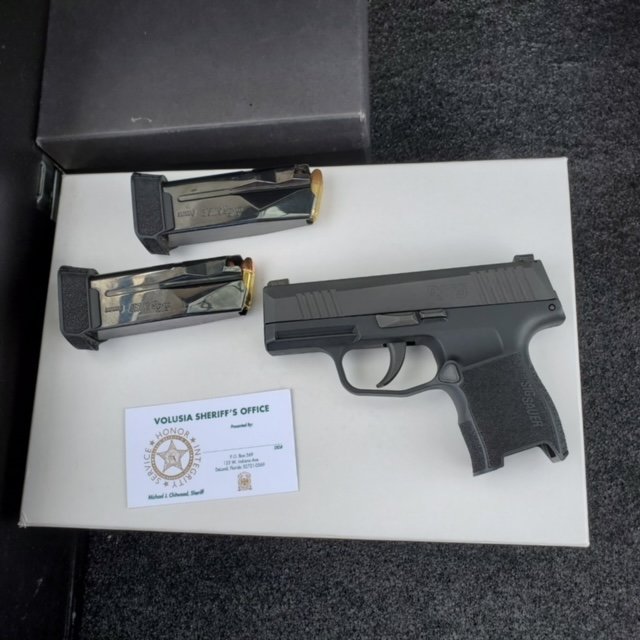 Port Orange, FL - A tip about a TikTok video leads to the arrest of an Atlantic High student who brought a stolen gun to school.

The Volusia Sheriff’s Office says the school resource deputy learned about the video Tuesday morning (March 8) after a tip was submitted to school administration. In that video, 16-year-old Anthony Loos looked like he had a handgun tucked under the waistband of his pants. The SRD responded to where Loos was and pulled him aside to talk about the video.

Today, the School Resource Deputy at Atlantic HS was notified of a student displaying a firearm on social media. The deputy located the student and seized a loaded handgun from his waistband. Thank you SRD Passerrello for taking quick action to protect students, faculty & staff! pic.twitter.com/EtFUMh4SE6

When asked to show his waistband, Loos lifted his shirt and revealed the grip of a handgun. The deputy handcuffed Loos and took the gun—a 9mm pistol—which was loaded. A second magazine and a holster were also found in Loos’ backpack. As they investigated further, the sheriff’s office also learned that Loos stole the handgun from a relative, who now wants to press charges.

The student who recorded the video told deputies she didn’t realize Loos had a gun and thought he was showing his stomach when he pulled up his shirt.

Loos claimed that he brought the gun to school because he had been robbed at work the week prior. He’s now charged with possession of a firearm on school property, grand theft of a firearm, and carrying a concealed firearm. He was transported to the Department of Juvenile Justice to be held in secure detention.