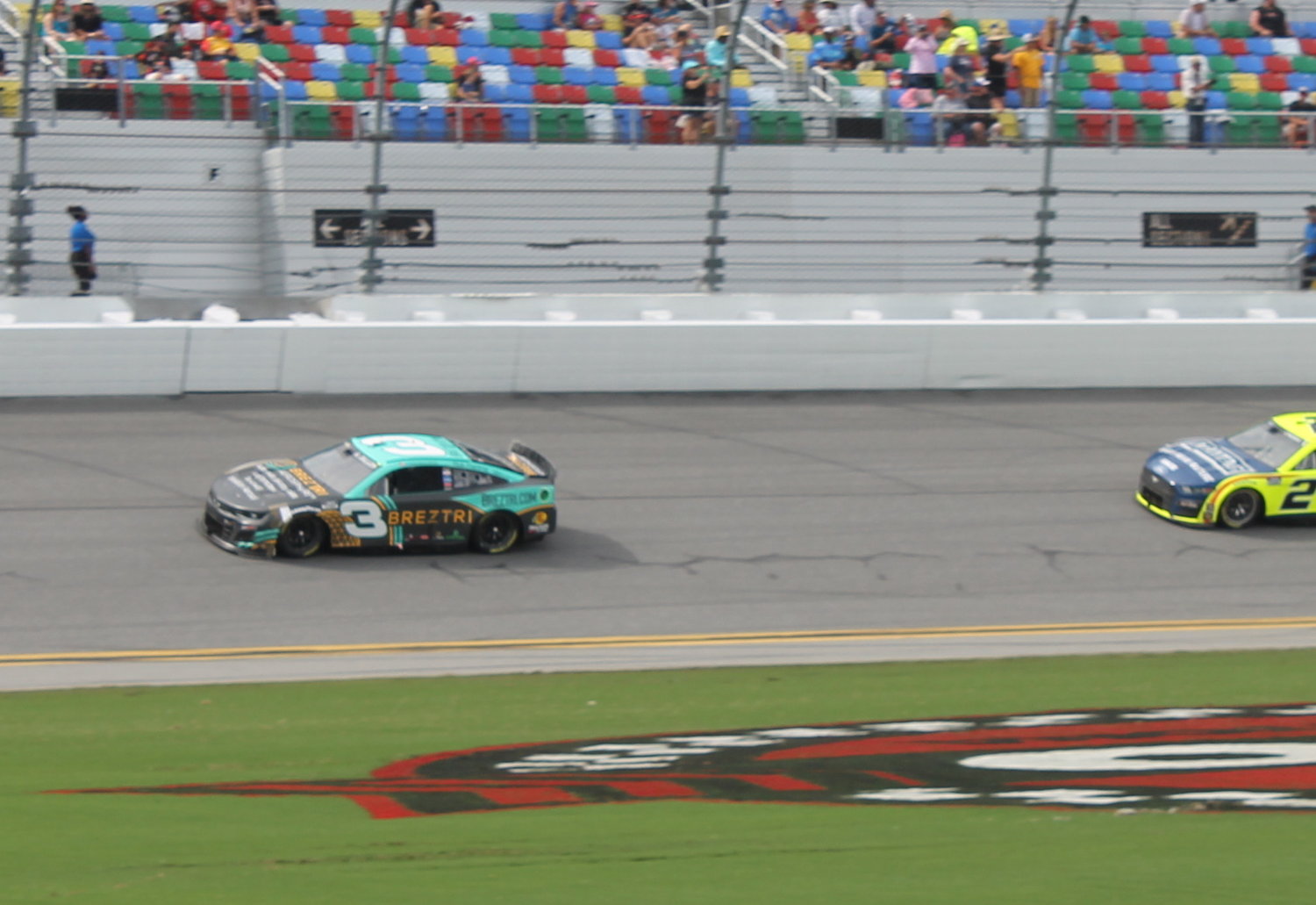 Track President Frank Kelleher was in great spirits as he walked the grounds throughout the race weekend, as there was an abundance of storylines beyond just the racing. 102 year-old ticket office employee Juanita ‘Lightning’ Epton was honored as the namesake of the office, the track debuted its new LED scoring pylons, and the track secured a sellout crowd for the Cup Series race despite a gloomy weather forecast. 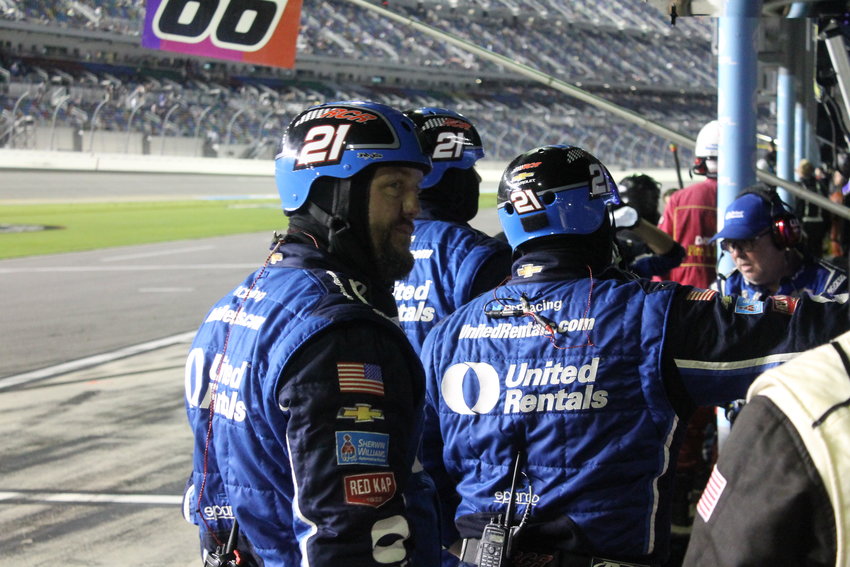 Friday night was for the Xfinity Series, NASCAR’s second highest premier racing series. The Wawa 250 was delayed for hours by local rainfall, starting well after 10:00 pm. The race was marked by multiple collisions eliminating potential race win contenders like John Hunter Nemechek, Sheldon Creed, and Joe Graf Jr. The race took three attempts at overtime to finally be settled; despite several strong restarts from Austin Hill, it was Clements who prevailed in the end.

A judgment call by NASCAR officials gave the win to Clements, as driver Riley Herbst was spinning through the infield grass as the field approached the final lap. If the leaders take the white flag before the caution flag comes out, the race ends instantly, as opposed to an additional restart if they don’t. Clements led the field to the start-finish line moments before the caution flag was displayed, ending things with him as the leader. 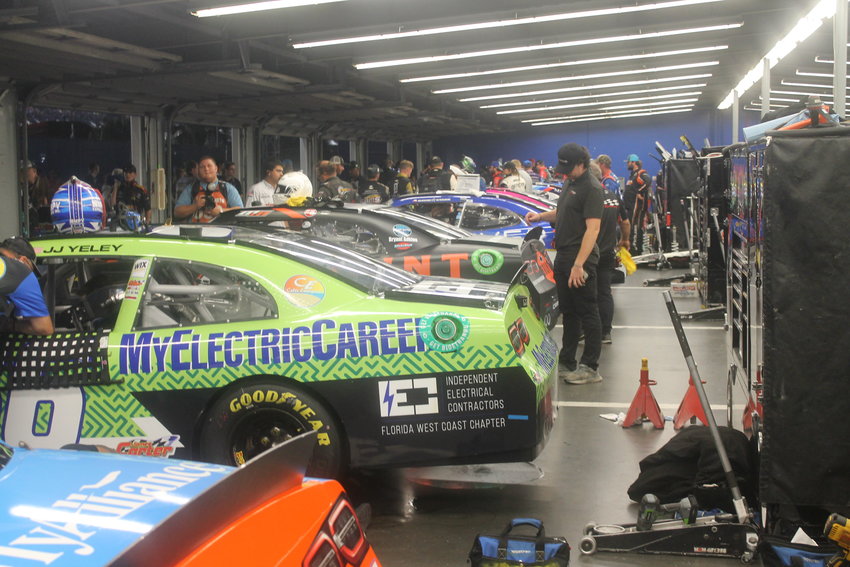 It was Clements’ second career win, following one five years earlier to the day at Road America in Wisconsin. It was his wife Courtney’s first time seeing him win in person, and the emotions were overwhelming. “I’m having a panic attack in the best way,” she said just moments after her husband’s triumph. “I’m so proud of him! He’s so talented and the world gets to see it!” 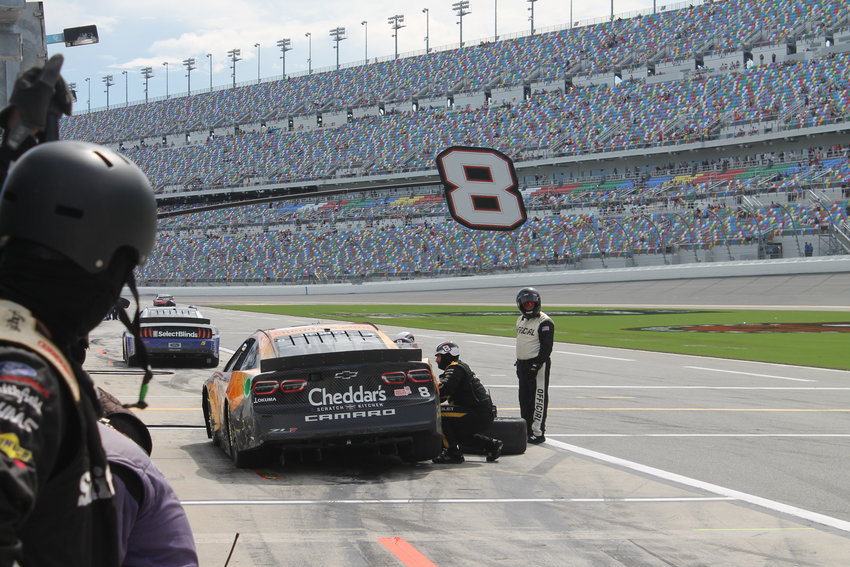 The Coke Zero 400 was slated to begin on Saturday night after 7:00 pm, but mother nature had other plans. An evening of heavy rains cause the race to be postponed until Sunday morning. Of course, for the middle of summer in Florida, it’s far from the first time such a postponement happened.

Once things got underway at 10:00 am Sunday, things got dicey almost immediately. It was the final shot for over a dozen drivers to win a race and lock themselves into the NASCAR playoffs for a shot at the championship. Reigning series champion Kyle Larson retired early with an engine failure, and a multi-car wreck early on marred the chances of Ryan Blaney, Christopher Bell, and Brad Keselowski. For Blaney it was a particularly heavy blow, as he was in a tight points battle with Martin Truex Jr. to lock in one final playoff slot. 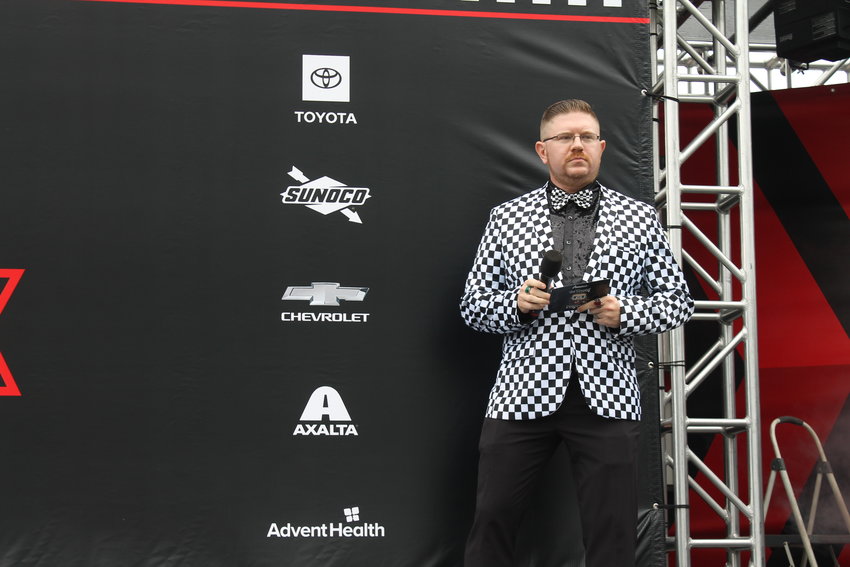 A wounded Blaney car pulled back onto the track after receiving repairs, several laps off the pace and slower than the field. Truex had by now reigned in Blaney’s points cushion, and sat modestly ahead as the race wound on.

By the early afternoon, however, the rain returned and cause things to go on hold for another few hours. The cars were covered and the drivers went to take cover. The rain began falling while the cars were still racing, resulting in a massive crash that took nearly half the field out of contention. Some, like Denny Hamlin, Justin Haley, and Daniel Suárez, called on NASCAR for a quicker hook when rain is in the area.

The first car to push through the wreckage and stay intact was that of Austin Dillon, the 2018 Daytona 500 winner. Dillon led a motley crew of a top ten, ahead of underdogs like Cody Ware, Landon Cassill, and BJ McLeod. Daytona was a do-or-die race for Dillon, who otherwise stood to miss the NASCAR playoffs entirely. 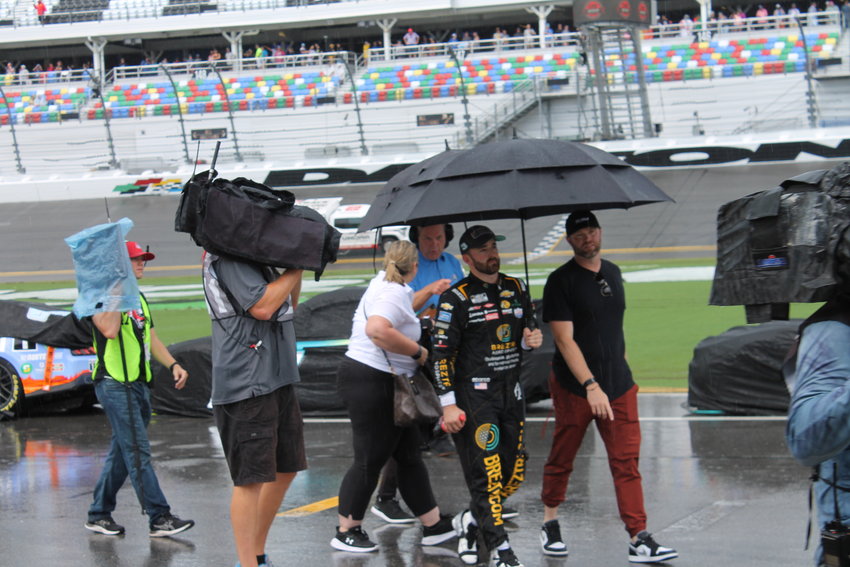 Despite conventional wisdom, Dillon and the field remained optimistic that the race would restart once the rain cleared. It took several hours, but the work of air titans and track dryers got the track raceable again and led to the restarting of the race shortly after 4:00 pm.

Dillon restarted as the leader and quickly got to work fending off attacks from Ware and Austin Cindric. After a few laps Cindric navigated by Dillon to assume control of the race. Desperation proved a factor though, as Dillon nudged Cindric out of the way to retake the lead. Cindric was locked into the playoffs already on the back of his February Daytona 500 win. For Dillon, it was the difference between contention and elimination.

Over the last few laps no combination of cars could work together to mount a run that could overcome Dillon, and the fabled #3 Chevrolet found itself in Daytona’s Victory Lane again. It was a 1-2 sweep for Richard Childress Racing, with Dillon’s teammate Tyler Reddick placing in second.

The amount of wrecked race cars in the field likely reached into the millions of dollars in damage. Mostly it affected teams who have the budget to replace their ruined cars, but that doesn’t mean sour feelings aren’t still in play. “The #43 [of Erik Jones] was a squirrel all day long,” said 2015 Daytona 500 winner Joey Logano, shortly after receiving race-ending damage. Jones, like Dillon, had to win the race if his championship hopes were to continue. 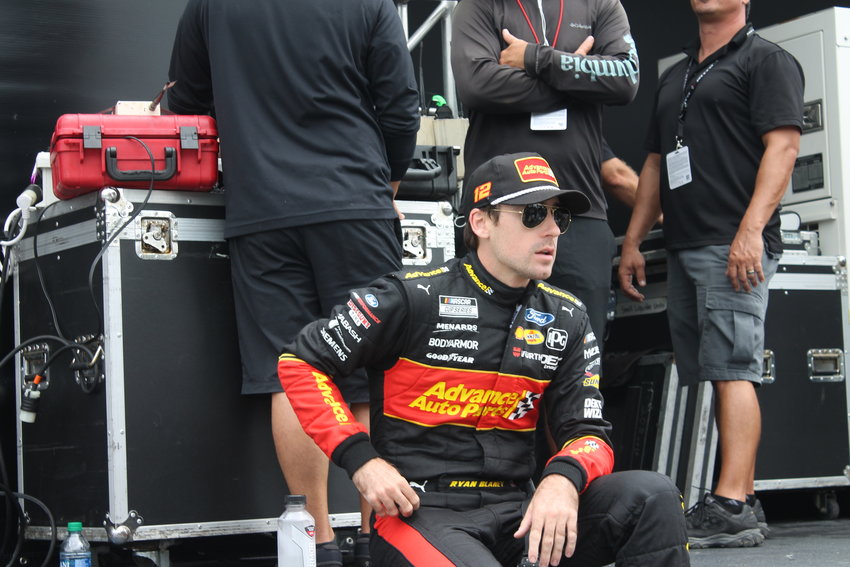 Despite his heavy damage from earlier, Blaney beat out Truex for the final playoff spot by just three points. The masses of cars who crashed out at the rain delay were enough for Blaney to make up positions and retake his points lead over Truex. With two spots open coming into the day, Dillon claimed one by winning and Blaney took the other by out-pointing Truex.

It was the fourth career win for Dillon, but Sunday was also a big day for several underdogs who’ve never found Victory Lane before. “There’s a lot more downs than ups in NASCAR, but to be here and to get my first top ten is really phenomenal,” said sixth-place finisher Ware. Financial and resource disadvantages keep Ware from the front of the pack most weeks.

“It was an awesome day for a small team,” said owner-driver McLeod. “I’m always thankful and driven, but it’s hard. This series is tough, man.” Like Ware, McLeod secured his best career race finish by placing seventh. 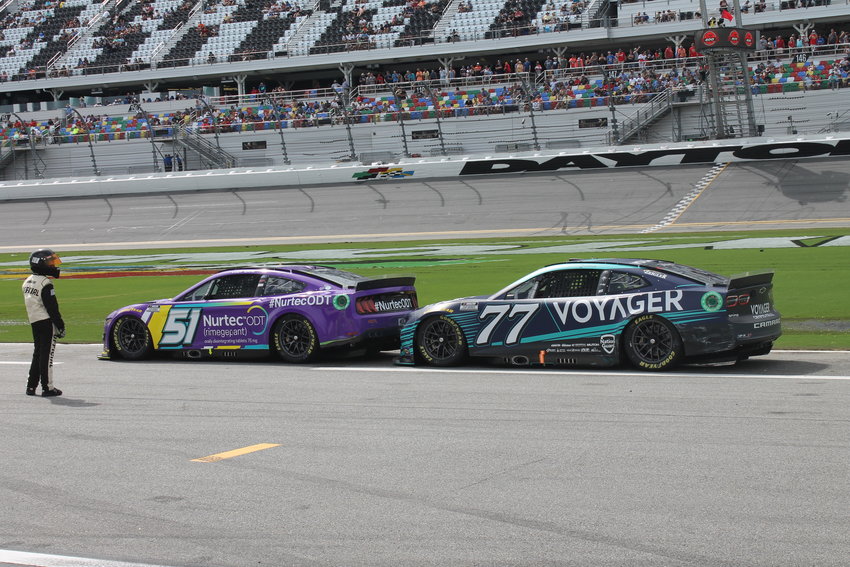 Perhaps the biggest winners of the day were a handful of sports bettors who banked on the surprising performances of NASCAR’s underdogs. One FanDuels user placed $13.49 on the bet that Ware, McLeod, Cassill, and David Ragan would score top tens. That person scored a payout of $999,463.

The NASCAR Cup Series playoffs will continue next week at Darlington Raceway in South Carolina. The 15 race winners of 2022 and wild card Blaney will compete to advance to the Round of 12, the next step toward assembling a championship season.