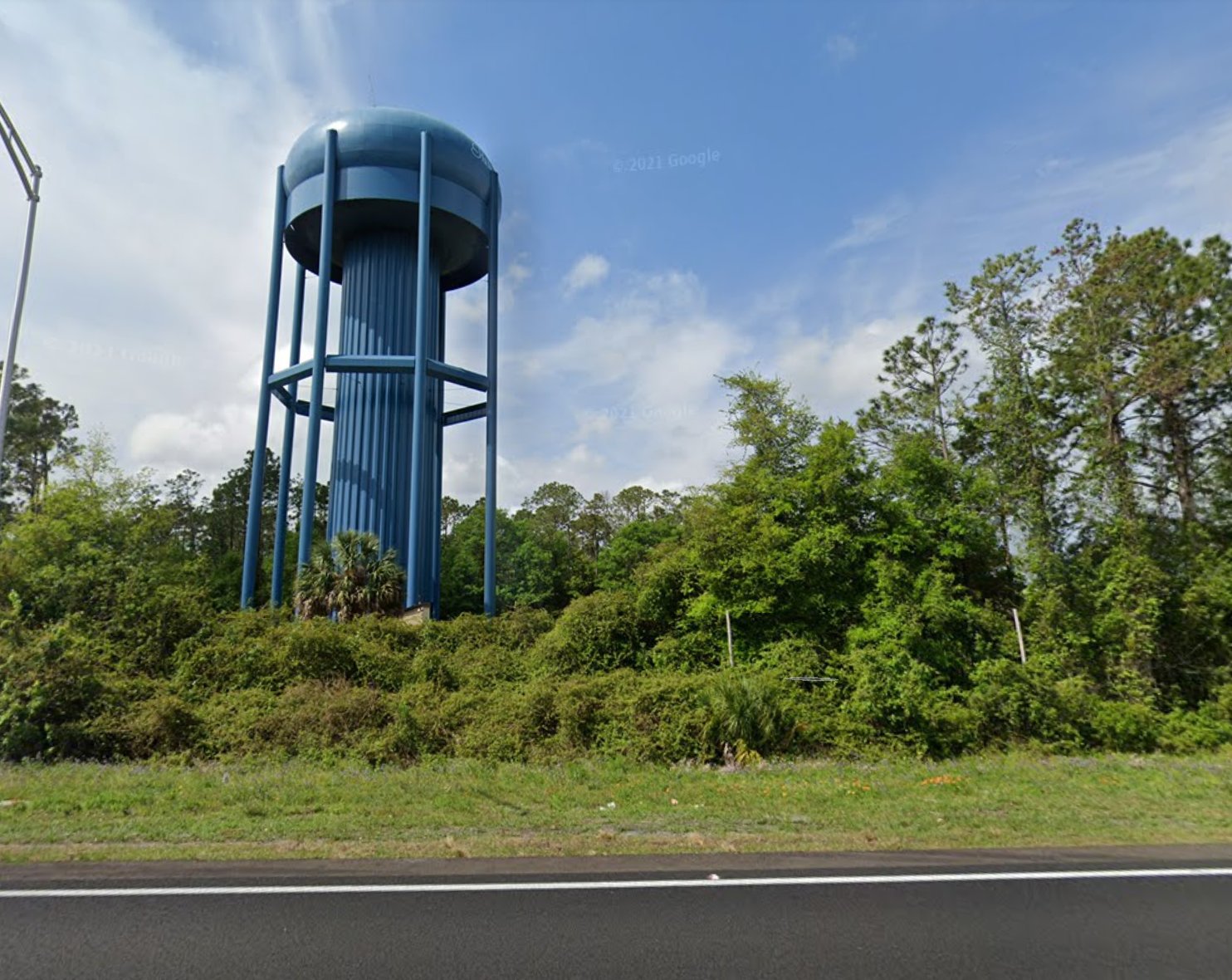 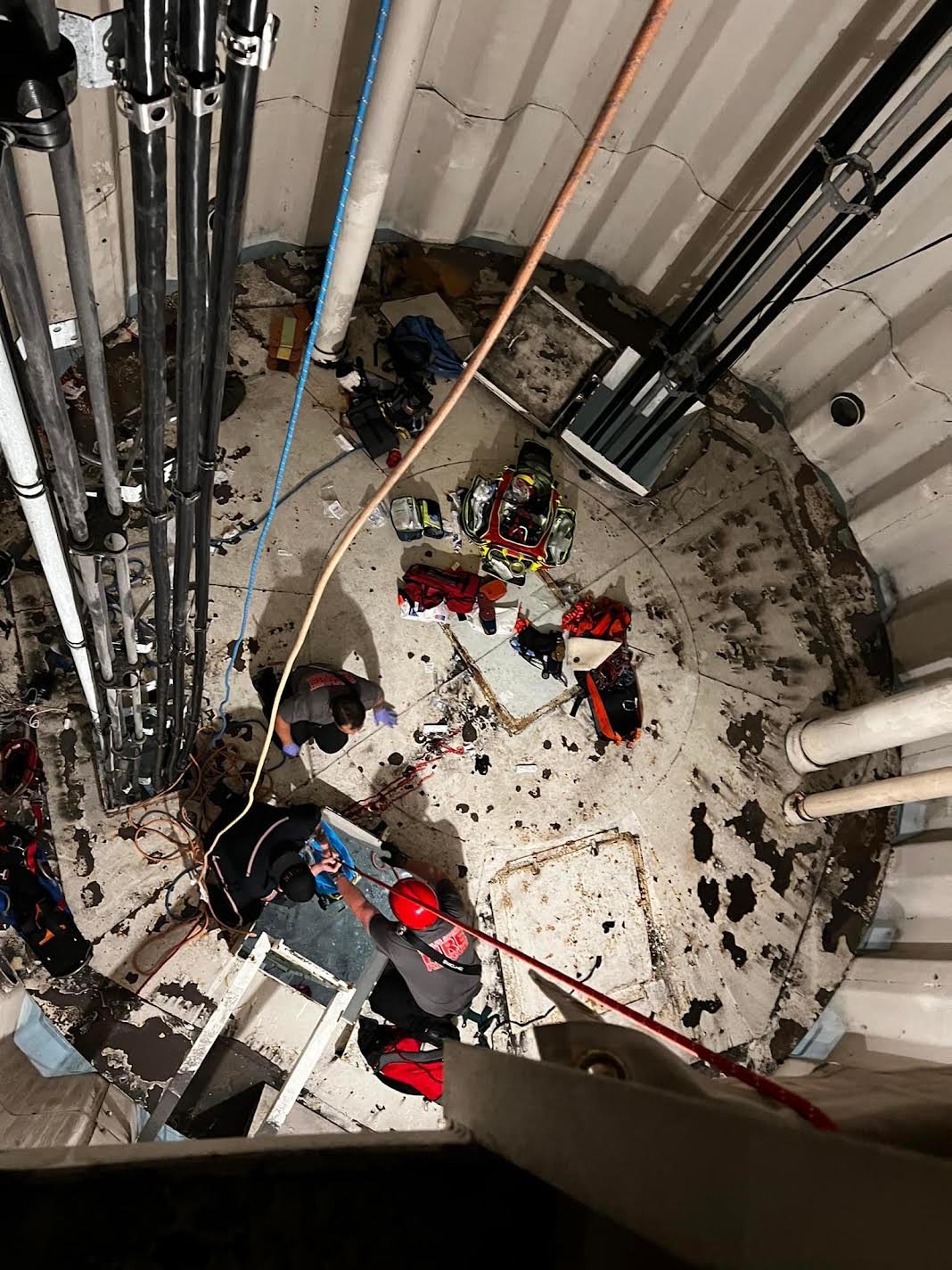 The inside of the Hammock water tower.
Flagler County Government
Previous Next
Posted Wednesday, March 9, 2022 9:56 am
Chris Gollon

PALM COAST, Fla. – A cell tower contractor suffered a wild accident on Tuesday evening, when he plummeted 120 feet in the Hammock Water Tower. The worker at least survived the fall, though his current condition is unknown. Responders had to get inside the tower to respond.

The worker was treated on-scene by the Flagler County Fire Rescue Technical Rescue Team, which comprises of 32 specialized members. “Crews worked in such an efficient, quick, and calm manner,” said Battalion Chief Brady Barry, who was among those who responded. “The rescue operation ran smoothly with clear communication amongst the crews.” 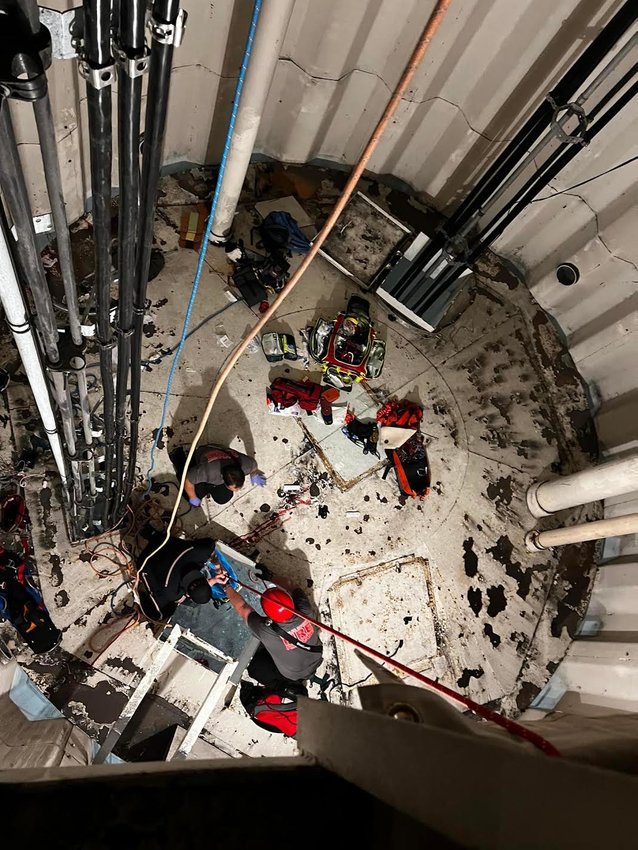 The inside of the Hammock water tower.

Flagler Fire Chief Michael Tucker also had strong praise for his crew. “I couldn’t be more proud of the crews and their abilities to utilize their training to bring the patient to safety,” he said. “These guys and gals never cease to amaze me.” The responding units were Flagler County Engine 41, Rescue 41, Battalion 62, Engine 92, Rescue 92, and Technical Rescue Team 312 all of B shift, as described by Flagler County’s press release.

The Flagler County FireFlight helicopter might’ve ordinarily been utilized to airlift the worker to a trauma center, but it was stuck on the ground due to inclement weather. Instead, he was transported to Halifax Medical Center in Daytona Beach by ground transport.

This story will be updated when more information about the worker’s condition becomes available.