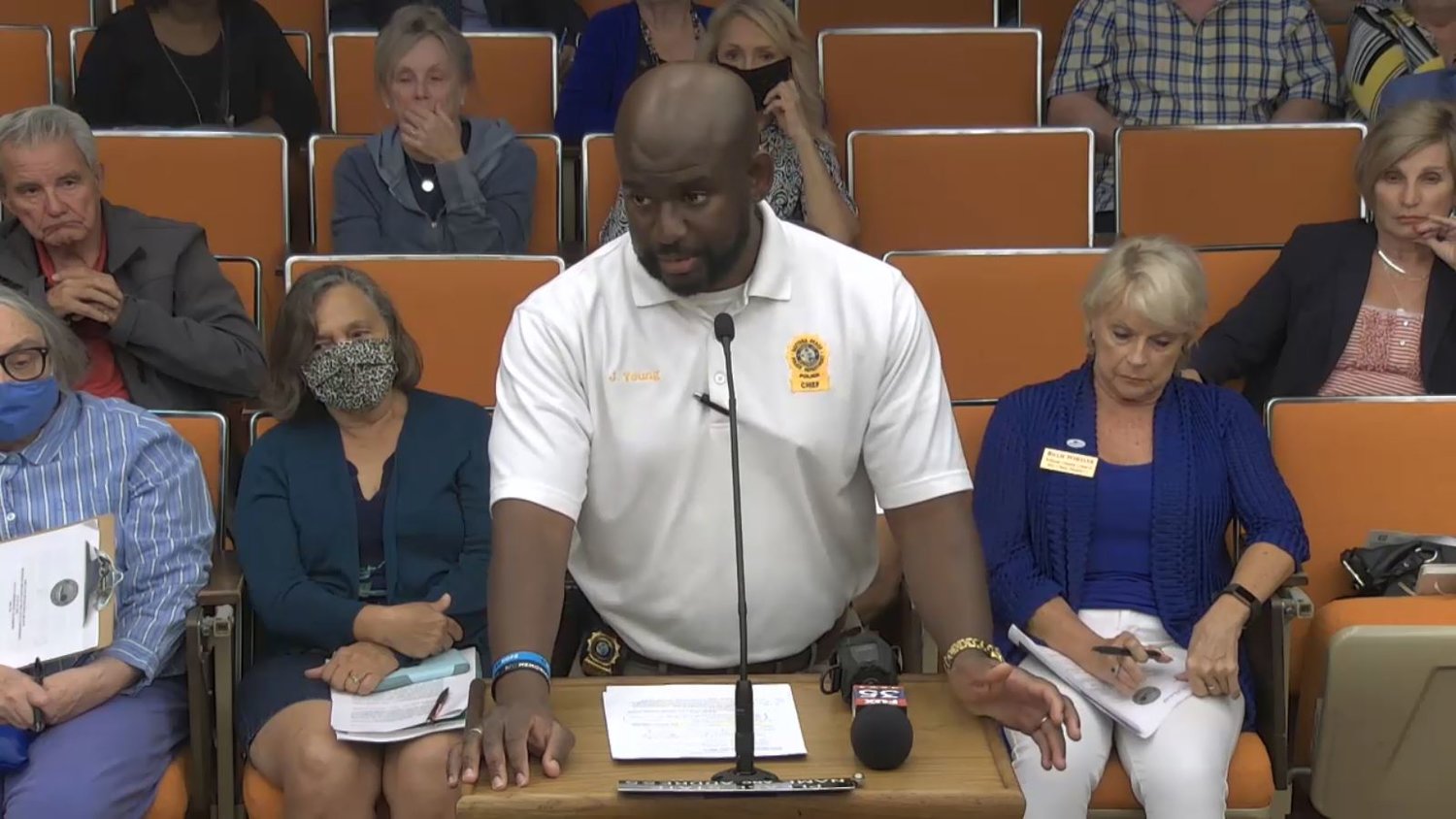 I say this with all due respect. I don't know how we watch that video and have any other discussion other than 'how do we get rid of this event?'”
Daytona Beach Police Chief Jakari Young to the Daytona Beach City Commission
Sean Mooney

Daytona Beach, FL - It seems that some of Daytona Beach's city leaders are in agreement, the city has to do something about events like Daytona Truck Meet.

At a city commission meeting on Wednesday (June 16), Mayor Derrick Henry shared a video made by a resident that shows what kind of incidents residents and workers were left to deal with during the event. The video include clips of multiple fights that were caught on camera; trucks crashing in the middle of Atlantic Avenue; trucks tearing up the beaches; trucks getting stuck in the beaches; vehicles belching black smoke; countless traffic violations; and one clip that showed a man urinating on Atlantic Avenue as cars passed by, just to name a few.

"Might be sort of painful for some of us to watch," said Mayor Henry. "I just think we ought to be transparent about what we're facing."

Daytona Beach Police Chief Jakari Young spoke to commissioners that night to offer a glimpse at what exactly the city's police department had to deal with. According to Young, it was an overwhelming week for officers, even though the event was scheduled for the weekend. Per Chief Young, nearly 300 officers—which was composed of other area agencies besides the Daytona Beach Police Department (DBPD)—were used throughout the event that reportedly attracted around 50,000 people.

Chief Young went on to say that his department spent over $170,000 on mandatory overtime as he had no choice but to cancel some officers' days off. And that wasn't kept to DBPD's patrol unit only, that also affected other officers such as detectives and school resource officers.

In talking about the incidents that occurred throughout the city, Chief Young mentioned that the police department had to completely clear out One Daytona one night after a bomb threat was called in. According to Chief Young, he was approached by attendees that night who asked if there was anywhere they could continue to hang out.

With all of that in mind, Chief Young said that he personally does not want to see events like this come back to Daytona Beach, which is something he also told officials at the Daytona International Speedway, as the track was hosting the event.

"I told them if this event continues you run the risk of ruining your relationship with this police department," said Young.

At the end of the meeting there was no clear indication on how the city wants to proceed with the future of Daytona Truck Meet. You can watch the full Daytona Beach City Commission meeting, including  comments from city leaders on the truck meet, through the city's website.