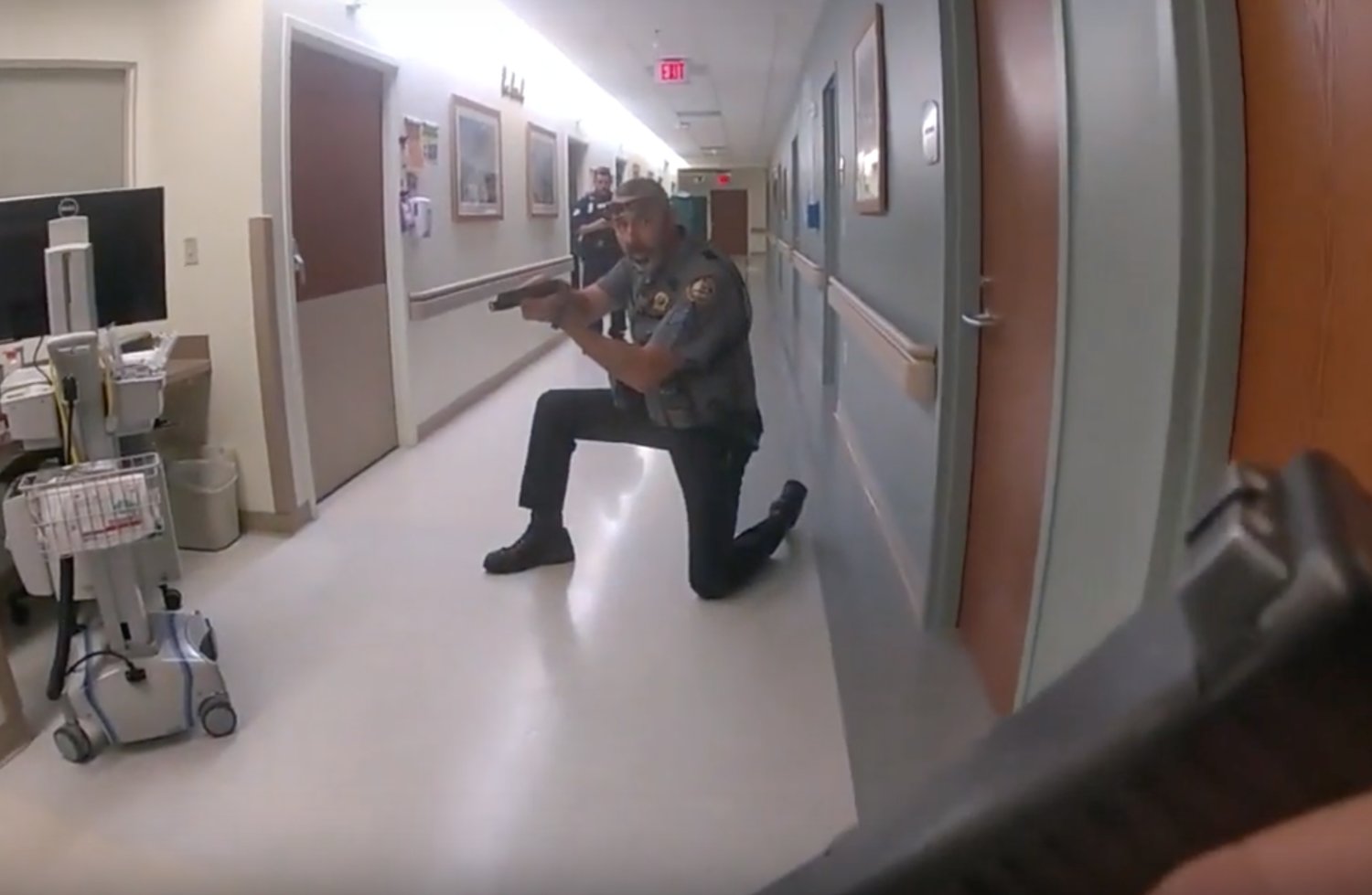 DAYTONA BEACH, Fla. - The Daytona Beach Police Department have released more details about Saturday's AdventHealth Daytona shooting. The suspect, Ellen Gilland, is said to have shot and killed her ailing husband in a pre-planned endgame to his medical condiiton worsening. She is being charged with one count of premeditated first degree murder, and three counts of aggravated assault with a deadly weapon without intention to kill.

The body cam footage was also provided, attached below: