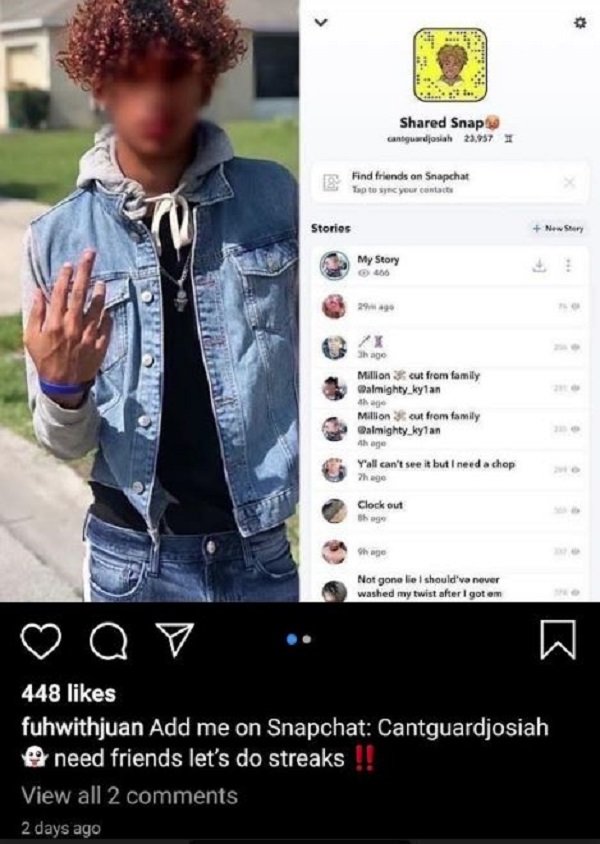 DeLand, FL - A DeLand man is in the Volusia County Jail charged with Sexual Battery on a juvenile between the ages of 12 and 16.  Volusia Sheriff's investigators say 29-year-old Joaquin Mendez  used a fake profile displaying images of a young man on Snapchat to talk to a 13-year-old girl.

They say the girl's mother found concerning text messages on her daughter’s phone during a routine check on Friday (September 11) afternoon.  When questioned, the girl told her that she had met Mendez on Snapchat and had sex with him that morning after he picked her up in his vehicle and drove her to a wooded area.

Deputies found Mendez' vehicle at a home on Stone Street in DeLand. Investigators had obtained a search warrant and an arrest warrant for Mendez and arrested him at 1:30 a.m Saturday (September 12) without incident.  He's being held on a $25,000 bond.

Parents and guardians are encouraged to talk with their kids about the risks of chatting with strangers online or over apps. If you discover signs that your child has been sending or receiving sexually explicit messages, images or videos, call the Volusia Sheriff’s Office Child Exploitation Unit at 386-323-3574.