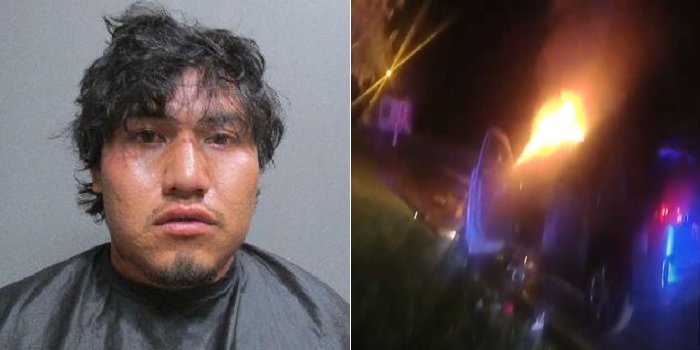 Palm Coast, FL - A 28-year-old Palm Coast man is charged with DUI -Property Damage after the Flagler County Sheriff's Office says he struck a moving city of Palm Coast street sweeper over the weekend. Ari Waffle was found unresponsive, trapped under the steering wheel of the vehicle that was on fire.

Deputies had to stop Waffle from returning to the vehicle to get his shoes. The arrest report states that there was a strong smell of alcohol coming from Waffle's person and he was unsteady on his feet.

When the traffic crash investigation was complete, deputies asked Waffle to complete a series of field sobriety tests. He complied and tried a few of them then decided he would not conduct any further exercises without his
lawyer present. Waffle was placed under
arrest for DUI with property damage. The damage to the street was estimated to be $10,000.