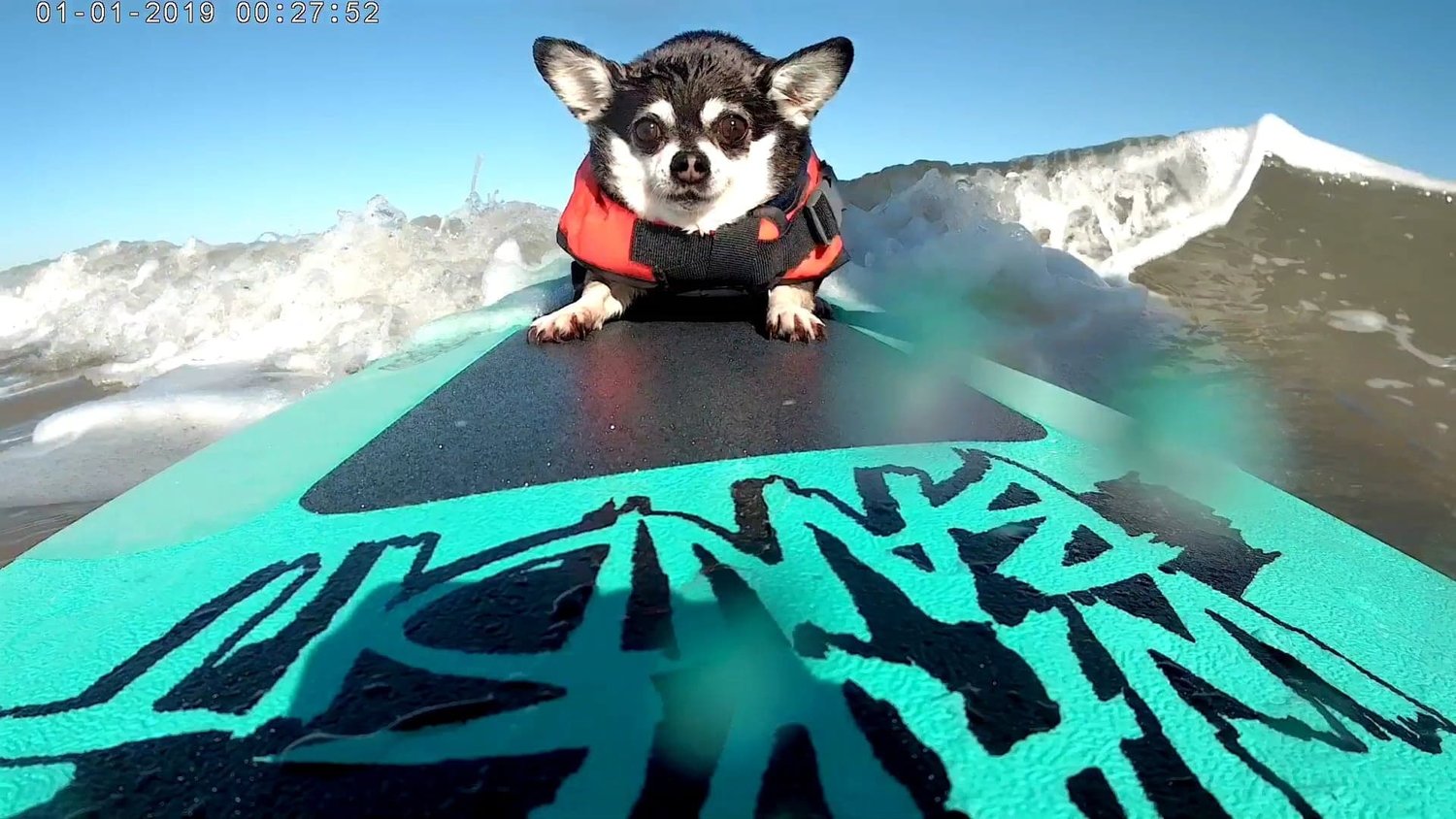 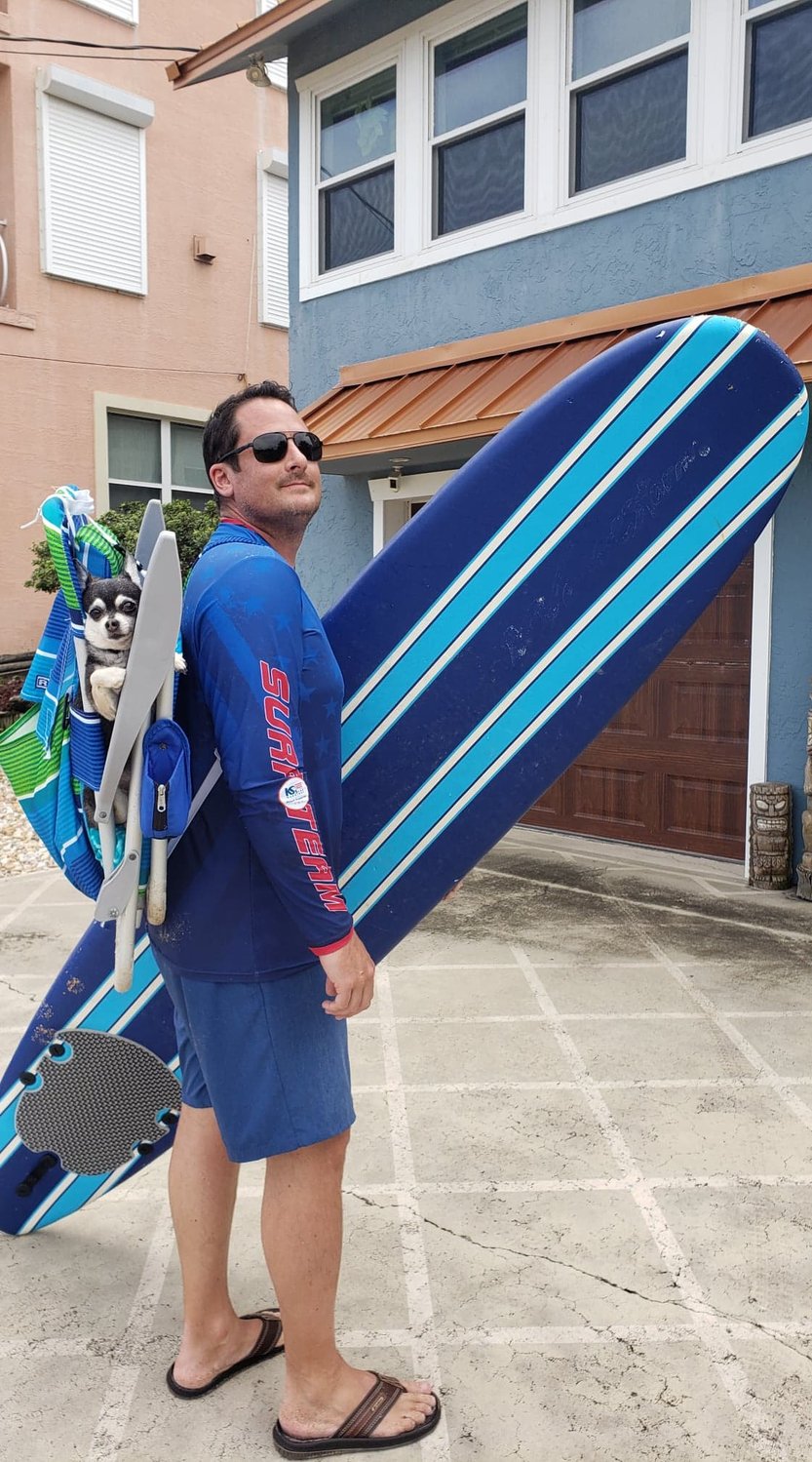 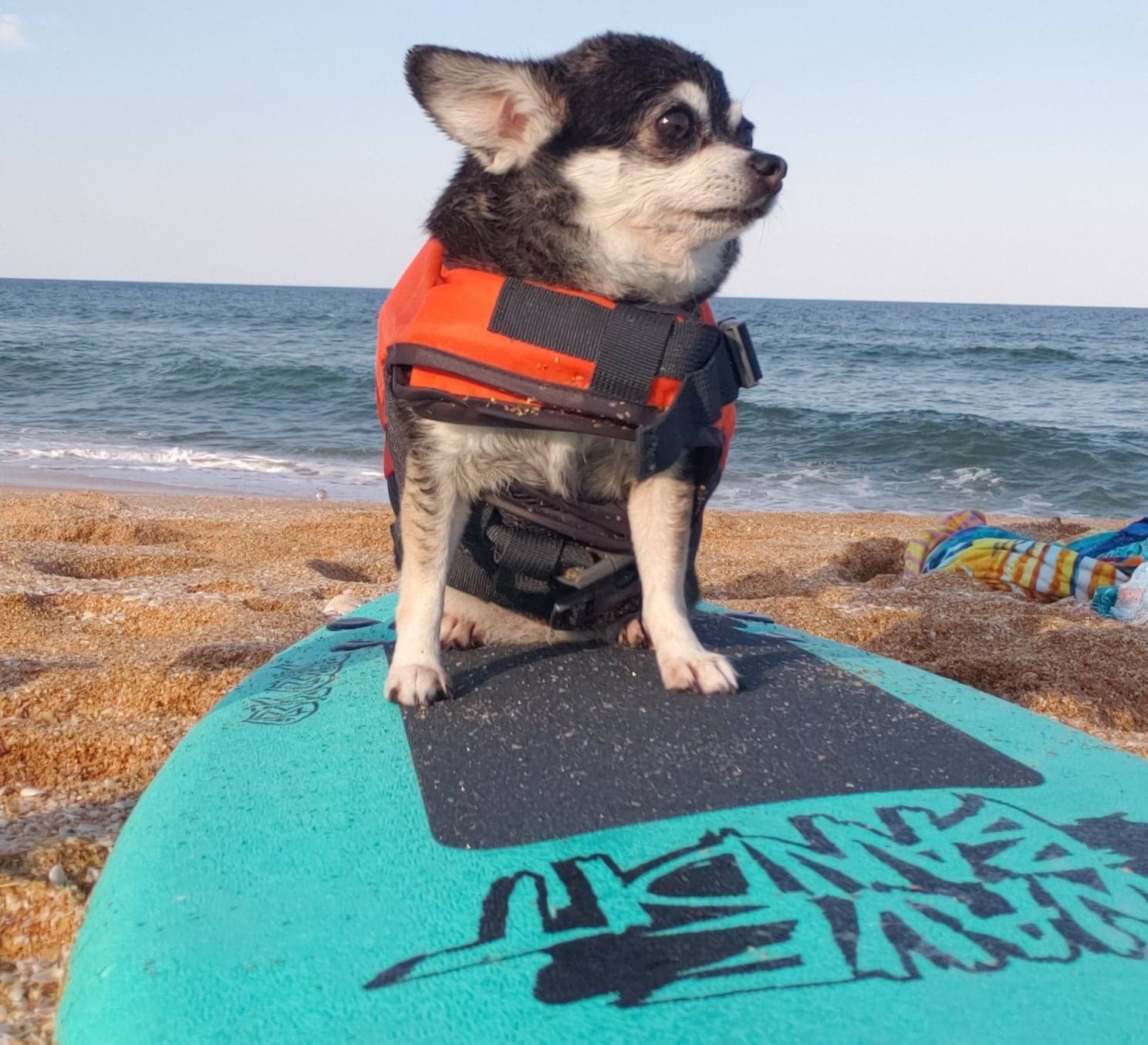 In order for Hang 8 to be greenlit, the city had to waive an ordinance prohibiting dogs on the beach in the area it’d be held. That was an agenda item at the City Commission’s March 24th business meeting.

Cooley presented to his fellow Commissioners recounting how he’d found out about the event and why he thought it was a good fit for Flagler Beach. Because he was choosing to advocate actively for Hang 8, Cooley abstained from participating in the vote. Mayor Johnston, also an advocate, does not vote in any Commission matters.

“This is something that, as a dog owner, I’ve been wanting to do for many many years,” Cooley said in his remarks. His own dog Wednesday, a 9 year-old chihuahua, is an early favorite to take the top prize when Hang 8 comes to town.

The location chosen was at 5th Street South, nearby The Anchor restaurant and Cooley’s own 7 Eleven business. The festivities will be close to a variety of local shops and businesses where attendees can peruse and eat while they’re in town for the competition. It will take place from 8:00 am to 2:00 pm.