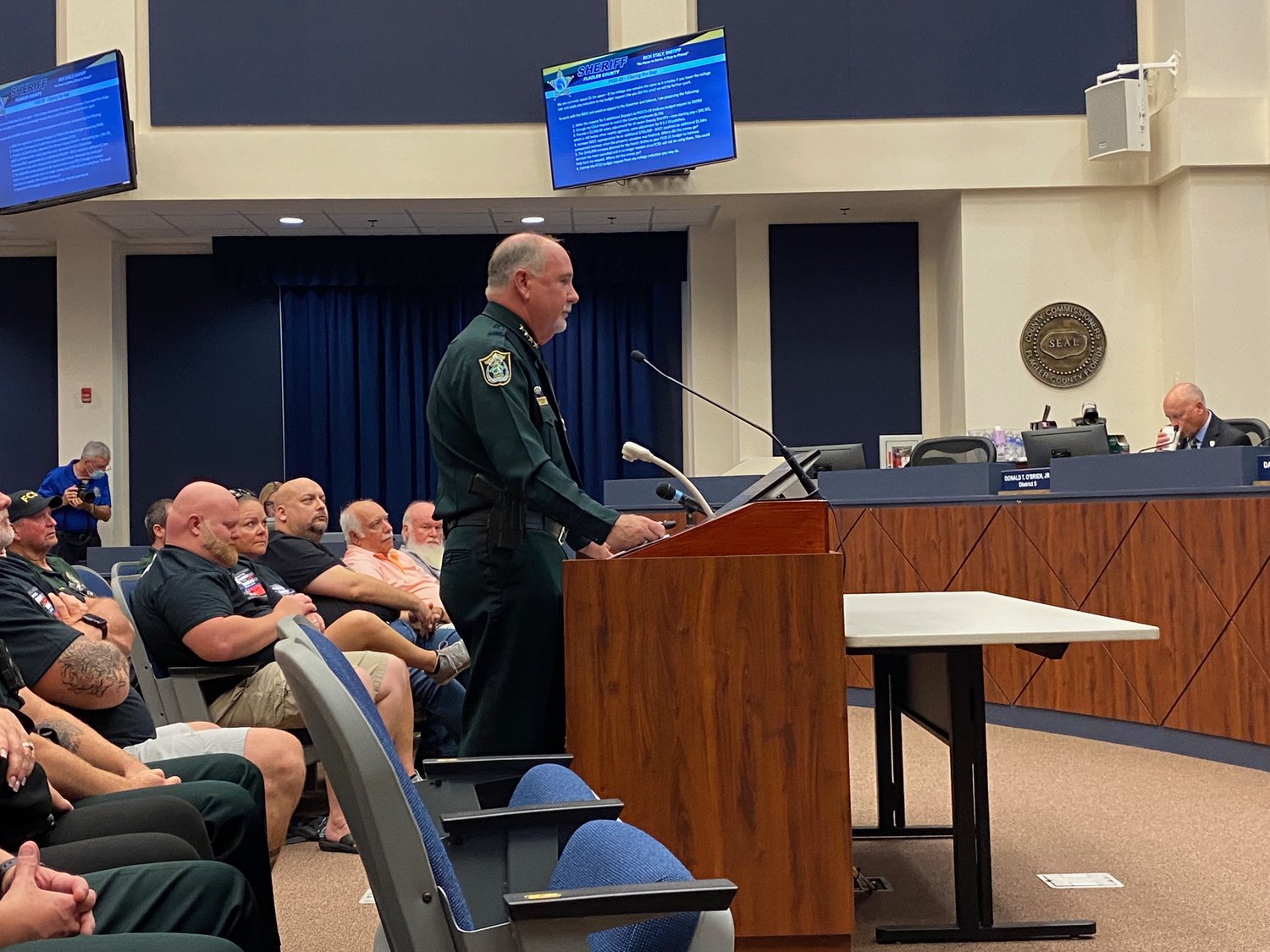 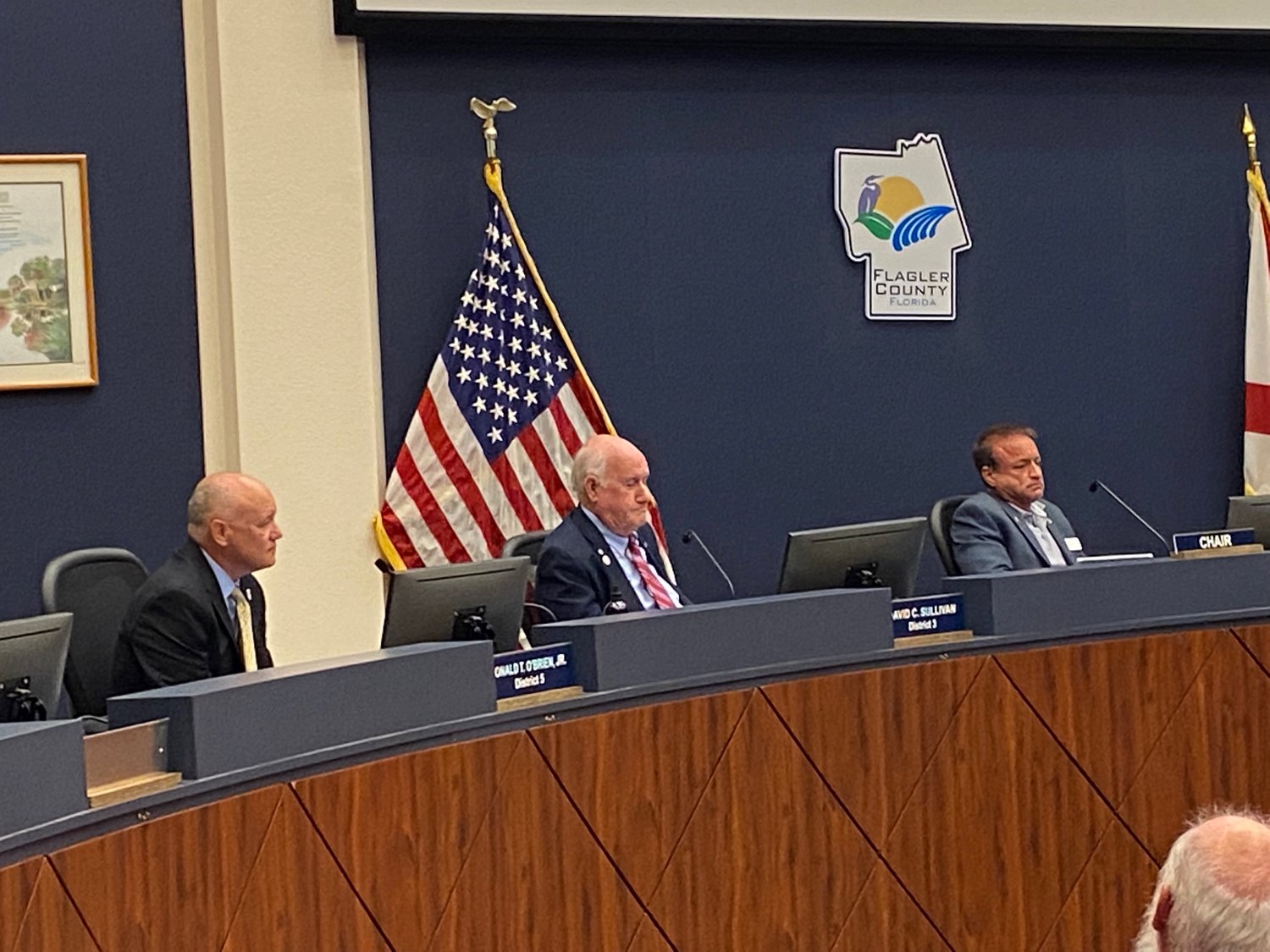 BUNNELL, Fla. - Flagler County's law enforcement community was out in droves on Monday evening to rally the Board of County Commissioners for the funds to create deputy pay raises. The entire Commission chambers were filled with staff of the Flagler County Sheriff's Office, their friends and family, representatives of the Police Benevolent Association, and various supporters of law enforcement personnel.

Sheriff Rick Staly was given the floor to make his case to the County Commissioners, who came into things well apart from the Sheriff on the funds to bankroll deputy raises. As things stand currently, $4.45 million was pledged by Flagler County to fund the Sheriff's increase requests. Staly wants more.

The support the crowd had for Staly and his mission was palpable. Every seat full, much of the standing room occupied, and lines of onlookers before the screens outdoors, Staly received frequent applause as he explained his situation to the Commissioners. If they didn't relent on the funds, he said, he'd appeal to Governor DeSantis and to the state cabinet. 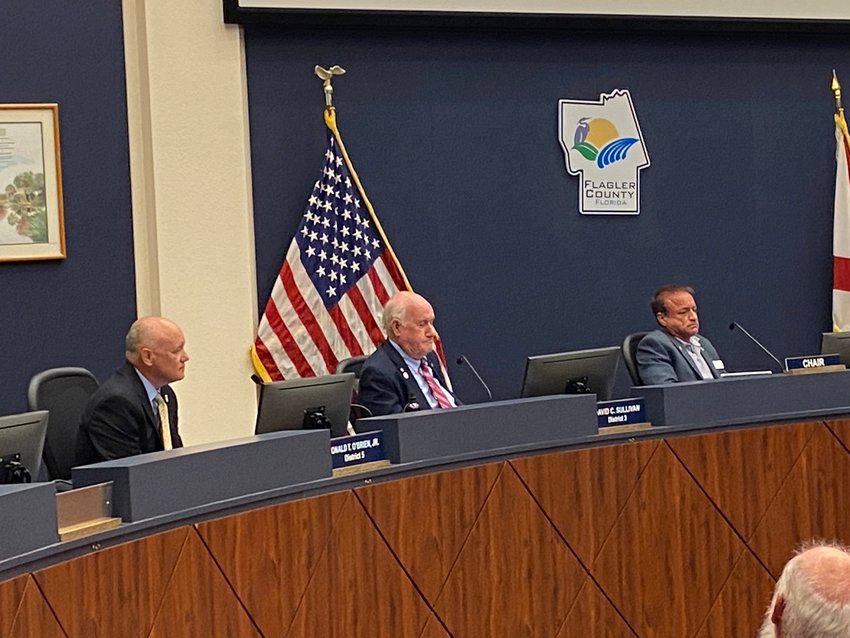 Staly appealed to the sentiments of Mullins and Hansen in their ongoing re-election campaigns; both have said they'd be advocates for public safety if entrusted to another full term on the Board. He was also critical of the communication from the county on the process of deciding the issue; the Sheriff and his hordes planned on making their impact at Monday's meeting, but found out via FlaglerLive instead of from the county that the issue would be dissected at length on August 24th at a post-election workshop meeting.

"This is not the first time things have been done that we don't know about," Staly said to AskFlagler in his first remarks after the meeting. "And we find out after the fact and it's disappointing."

When it finally got back to the Commissioners, there was little flexibility in how a response could be given while preventing a riot. "We need to figure out a way to work this out," said Commissioner Donald O'Brien. Chairman Joe Mullins attempted to form a consensus on two things - to bridge the gap between the county and the FCSO on funding, and to not touch the county millage rates. Commissioner Andy Dance pushed back modestly against this, hoping to go into the August 24th workshop without constraints.

Mullins was just hours removed from a bizarre story in which he, according to the FCSO, handed over a drug dealer that'd attempted to sell him cocaine. "I think I've made enough headlines," said Mullins. Still, during the meeting public commenters from the community lambasted him for recent incidents in which he'd invoked his Commissioner status during traffic stops with Florida Highway Patrol troopers.

With the Commissioners stopping short of promising Staly what he wanted, the Sheriff hammered away some more. He cited Florida law requiring the county government to fund the Sheriff's Office operations, and cited a deterioration in the agreement to host the FCSO's IT services through the county.

"I think know exactly where I stand," Staly said after the meeting. "And I think they know where the community stands ... There was a lot of people here that don't work for me. They support good quality law enforcement, and we have been delivering that."