Flagler County I-95 Crash - One Fatality, One Seriously Injured 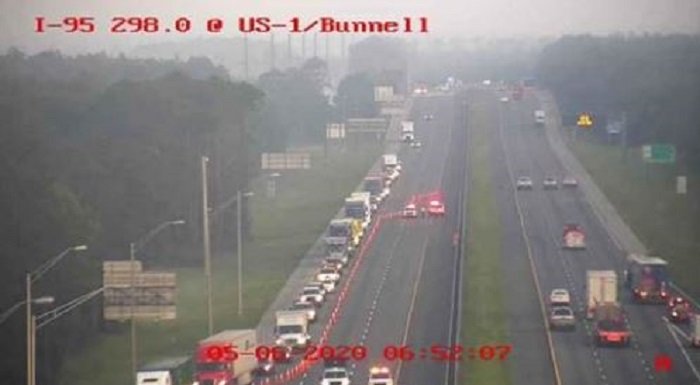 Palm Coast, FL - A lumber truck driver is dead and a female driver is in the hospital with serious injuries after an early morning accident yesterday in Flagler County shut down I-95.

The accident happened at 3:19 a.m. when Florida Highway Patrol says, the woman lost control of her vehicle then overcorrected, causing her front end to hit the rear side wheel on the truck.

The trucker lost control, overturning the truck and strewing construction lumber on both sides of I-95. He was ejected through the windshield and pronounced dead at the scene.

The woman was taken by EMS to the hospital. She told troopers that she was distracted by her phone