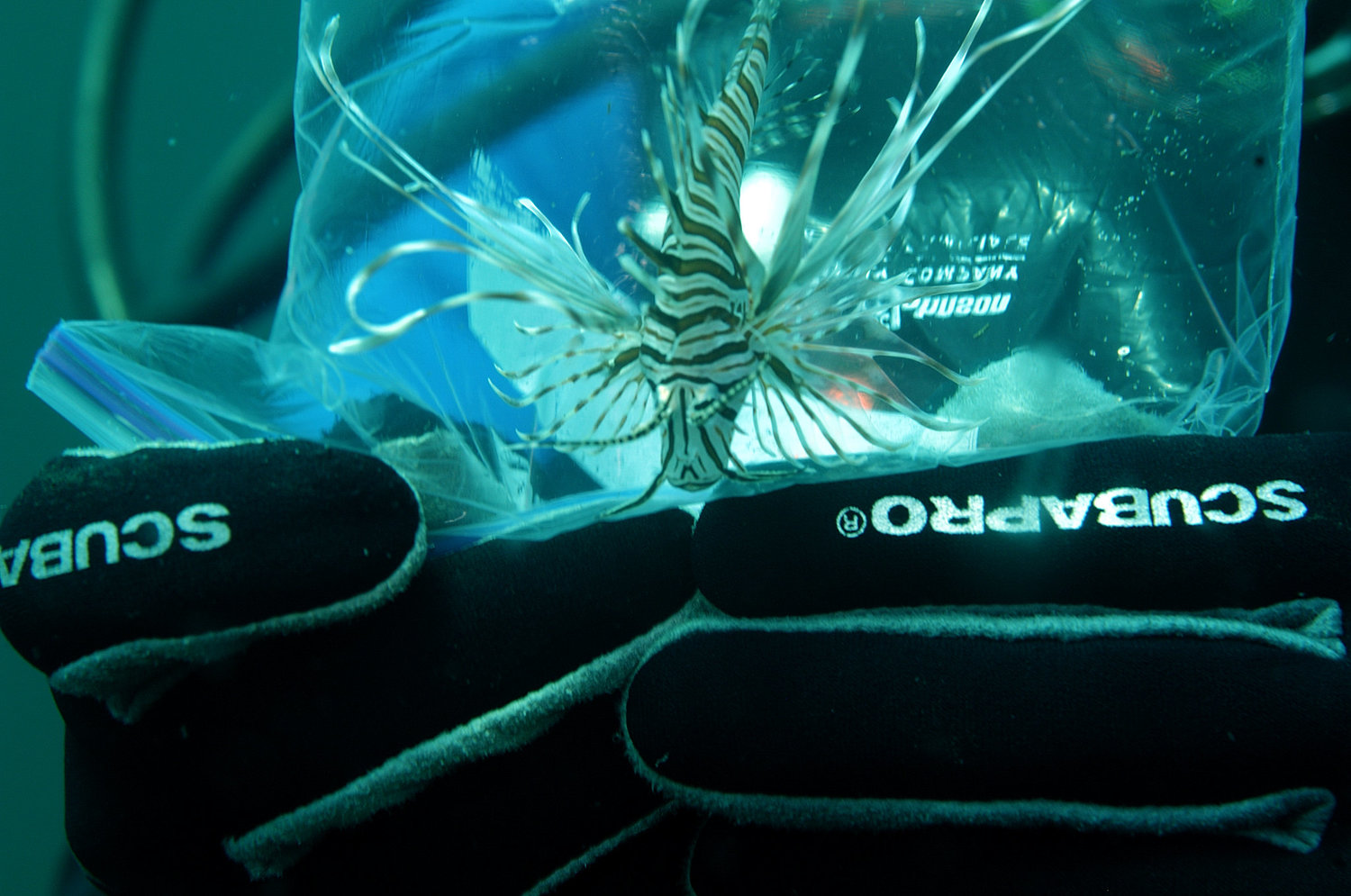 The Florida Fish & Wildlife Commission has kicked off this year's Lionfish Challenge. Lasting from May 20th through September 6th, the challenge prompts fisherman to harvest as many lionfish specimens as they can.

Lionfish, unlike many of Florida's other saltwater species, has no legal limits on harvest. This is due to their status as an invasive species; lionfish are native to the Pacific and Indian Oceans and are harmful to environments they're introduced to.

The Lionfish Challenge is split up into two categories: commercial and recreational. Last year's commercial winner was Rachel Bowman, who brought in a whopping 730 pounds of lionfish. The winner of the recreational category, Brooks Feeser, landed 1,632 specimens.

Prizes will be awarded to participants in the following tiers:

"As waters have warmed, they're no longer just a South Florida problem," says Adam Morley, owner of Genung's Fish Camp. "We have now been finding them inshore as far as St. Johns County, and this is a concern because of their aggressive appetite leading them to consume a lot of our native fish while they're still young and before they're able to reproduce."

According to a 2010 study by Oregon State University, one individual lionfish was observed consuming 20 small fish in a 30-minute span. Because they have few predators in their Florida habitats, invasive lionfish populations spread especially rapidly. A program on The Science Channel called them “one of the most aggressively invasive species on the planet”.

Though the capture of this invasive species is encouraged by Florida Fish & Wildlife, handling them does present a danger to divers. The fish’s notable dorsal spines inject a venom which triggers a variety of symptoms in humans, or even death in cases of very young children or the elderly.

Still, lionfish are considered a delicacy to the more adventurous seafood connoisseur. Just make sure to fillet them correctly, as there’s some debate about the possible risk of ciguatera food poisoning.

Licenses are not required to capture lionfish via “a pole spear, a Hawaiian Sling, a handheld net or any spearing device that is specifically designed and marketed exclusively for lionfish”, according to FWC. A recreational fishing license is required for all other methods of capture.

Lionfish grow to around a foot to a foot-and-a-half, and when they find habitats that are particularly agreeable, they can exist in considerably high densities. They’re native to the Indian and Pacific oceans, and populations first began to take root in Florida in the 1990’s. Their prevalence in the Atlantic and Caribbean is attributed to the aquarium trade, and Hurricane Andrew potentially releasing captive populations in 1992.