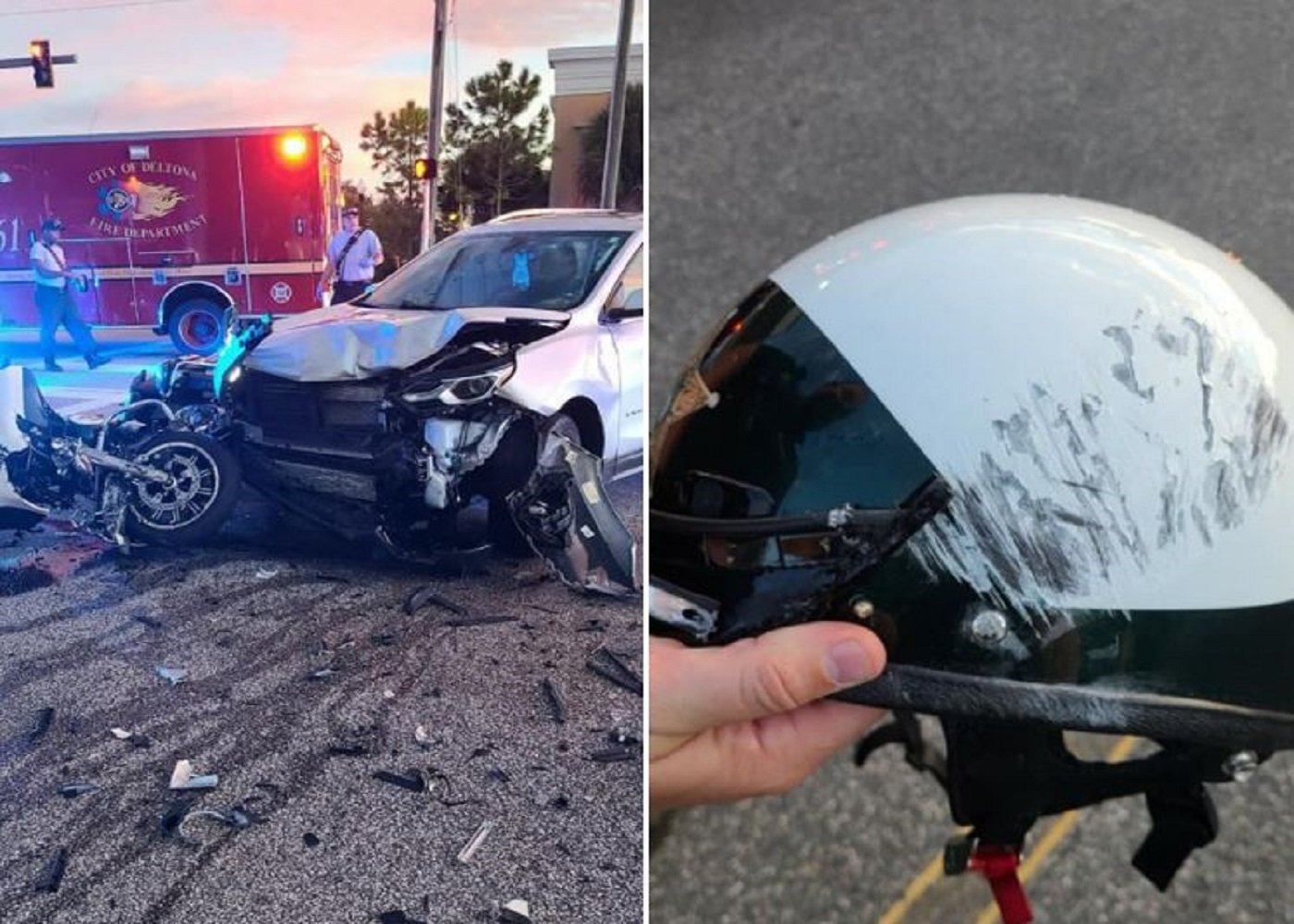 UPDATE:  FHP reports that the driver of the car is a 92-year-old Deltona man.  The motorcycle deputy was traveling east on Saxon Boulevard when the man, who was traveling westbound, made a left turn in front of the motorcycle at Merrimac Lane. This caused the deputy to t-bone the car on the driver's side.  The driver was ticketed for Violation of Right Away.

Deltona, FL - A Volusia Sheriff's Office (VSO) motorcycle deputy is recuperating in the hospital after a crash in Deltona Wednesday morning. VSO reports that the accident happened around 7:30 on Saxomn Boulevard at Merrimac Lane. The deputy was transported as a trauma alert but an update stated that the deputy, who suffered serious injuries, is "conscious and talking."

Florida Highway Patrol (FHP) is conducting the investigation.  Check back with newsdaytonabeach.com for updates.