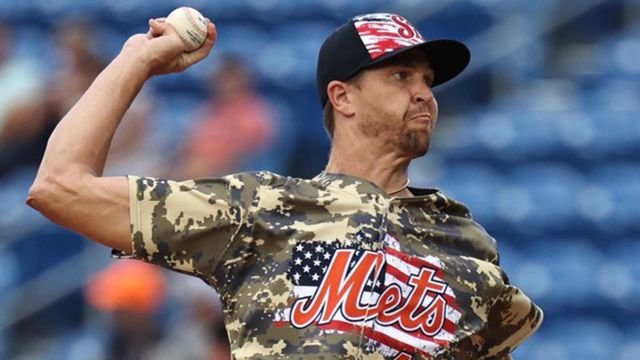 DAYTONA BEACH, Fla. - The Daytona Tortugas sold out their Friday night game, thanks in large part to the appearance of MLB superstar Jacob deGrom. Attendees will see deGrom pitch for the opposing St. Lucie Mets as part of his injury rehab assignment.

While pitching in Spring Training this season, deGrom suffered an injury to his scapula (shoulder bone) causing him to become sidelined for the start of the 2022 season. He's been working back up in recent weeks, with his sights set on July return to the New York Mets' rotation.

The superstar status of deGrom isn't the only reason why Daytona fans are eager to see him. The pitcher was born in DeLand, and competed for Calvary Christian Academy and later Stetson University. He made the Mets' big league roster by 2014, and his immediate success made him the 2014 National League Rookie of the Year.