Jaguars Poised to Finish Off Regular Season, Fight for Playoffs Against Titans 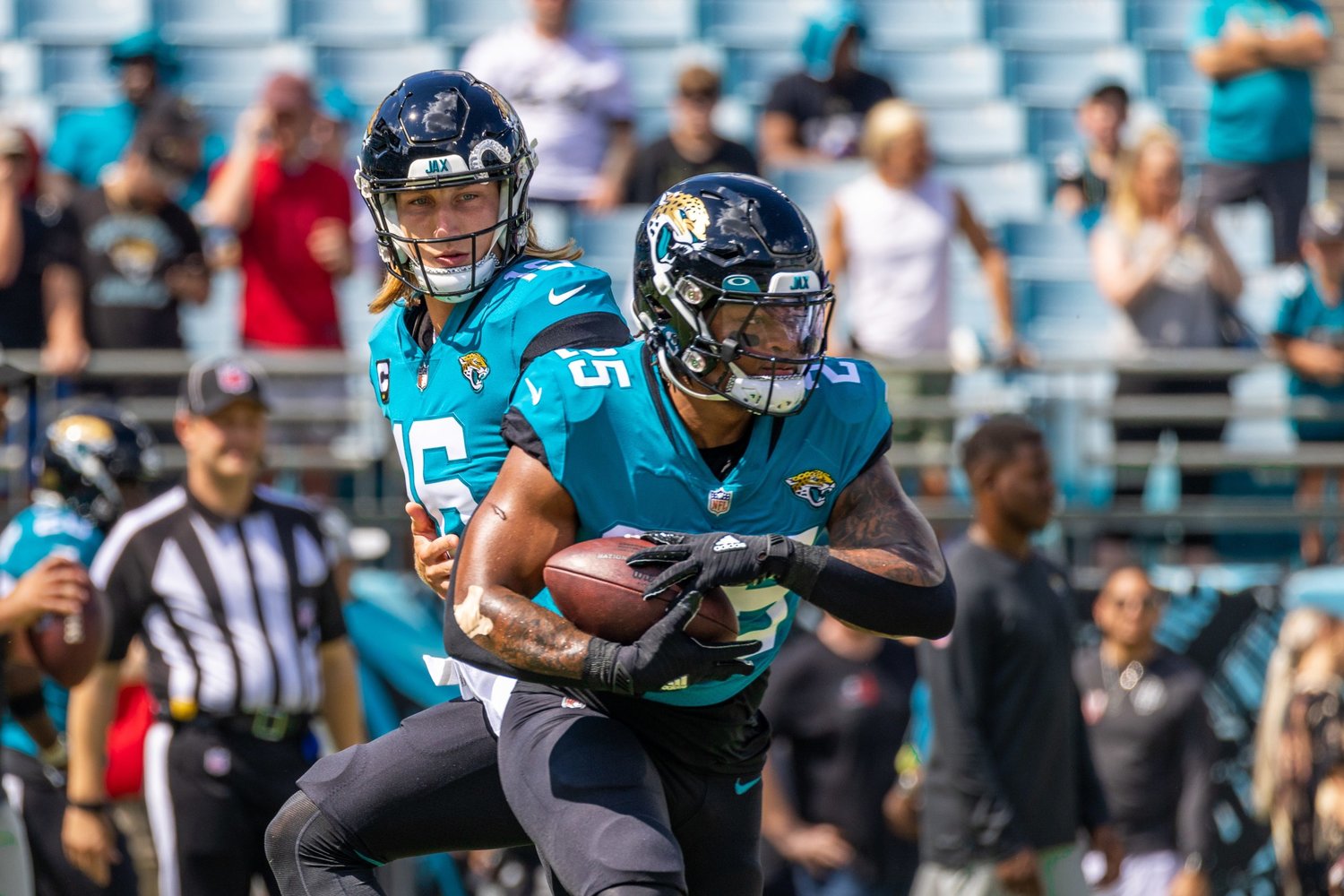 JACKSONVILLE, Fla. – The improbable rise of the Jacksonville Jaguars has been the most electric storyline in Florida sports in recent months. Behind quarterback Trevor Lawrence in his sophomore NFL campaign, the Jaguars are on the cusp of turning a last place 2021-22 season into a division win and playoff berth this year.

That March continued on Sunday with a dominating 31-3 win over the Houston Texans. It brought the Jaguars to an 8-8 overall record on the season and sent them back to Duval County with momentum.

Also significant: the Jags kicked a pesky losing trend against the Texans in recent years. Houston has swept their two annual matchups against Jacksonville in every season from 2018 to 2021, and they won the first 2022 matchup to bring their matchup winning streak to nine. For Lawrence’s squad to pull off a rout on the road in Sunday’s game was to legitimize what fans have suspected for weeks: the Jags are for real.

Lawrence himself was pulled from the game late in the third quarter with the Jaguars up big; his start was questionable according to some outlets due to a lingering toe issue. With second-string arm C.J. Beathard entering the game, the remaining quarter-and-change saw Jacksonville coast to victory.

The Jaguars’ playoff push is reminiscent to north Florida football fans who remember Tim Tenor’s run in the 2011-12 NFL season. Once the Florida-Gator-turned-Denver-Bronco icon got the ball from Kyle Orton, he led the team to a playoff appearance and stunning upset win versus the Pittsburgh Steelers. It was the last hurrah of Tebow’s NFL career, as he would never land a starting QB job again. Like Tebow, Lawrence comes off a sensational college career to turn things around for a traditionally meager NFL team. In both instances, there’s a narrative in the air of one scrappy quarterback dragging a team that was destined for last place all the way to the big stage.

Of course, it wasn’t Tebow alone eleven years ago and it isn’t Lawrence alone now. The Jaguars’ entire team is converting when they need to, accomplishing whatever results are needed to record the win. They’re scarcely the best in their division in major offensive or defensive stats, but the wins keep coming. Four wins in a row now and five out of the last six after starting their season 2-6.

The Jaguars’ regular season finale will come against the Titans in Jacksonville this coming Saturday, in front of what’s sure to be a packed TIAA Bank Field. For the first time in years, the Jaguars are selling postseason tickets. There’s a tension in the air that’s palpable in Volusia County, over an hour south of the Jaguar Den. For the closest major sports team to home, it’s a must-see development.

The Jaguars will clinch the playoffs by either beating or tying the Titans next week. If they lose, they’ll still make it in as long as they’re beneficiaries of a specific and complex combination of results by the Miami Dolphins, New York Jets, and Pittsburgh Steelers.

But for Lawrence, those scenarios aren’t on the radar. The mindset will surely be to treat this last game as a must-win. All of northeast Florida is holding its breath.