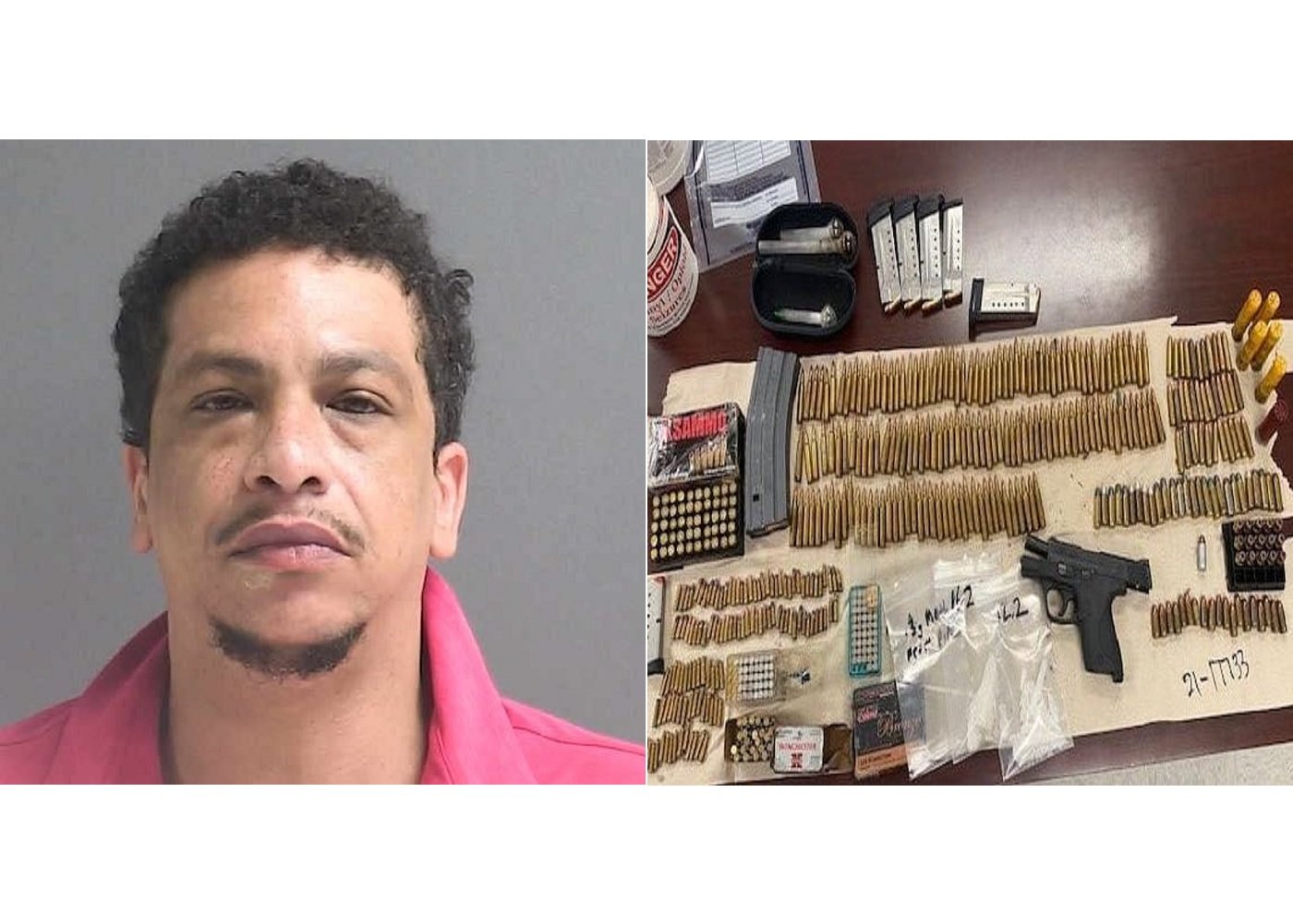 Daytona Beach, FL - A methamphetamine dealer well-known to the detectives with the East Volusia Narcotics Task Force was arrested yesterday in Daytona Beach.  Forty-four-year-old Enrique Vilomar is being held on a $576,000 bond in the Volusia County Jail.

Detectives spotted Vilomar last night (September 22) driving on LPGA near Clyde Morris Boulevard. Detectives knew that he has not had a valid driver’s license since 2017. Detectives conducted surveillance on Vilomar and made contact with him in the parking lot of the Integra Shores apartment complex. A K-9 alerted to the presence of narcotics on or within his vehicle.

One 9 mm Smith and Wesson handgun

According to the Volusia Sheriff's Office, Vilomar was previously involved in a standoff with VSO SWAT at Tropical Gables Motel in Holly Hill in December 2020. He's charged with armed trafficking in methamphetamine, possession of a firearm and ammunition by a convicted felon, possession of drug paraphernalia and no valid DL.