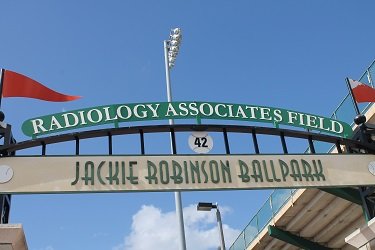 To purchase season or All-Star tickets, group packages, or for more information, please contact the Daytona Tortugas’ box office at (386) 257-3172 or by visiting the team website at www.daytonatortugas.com.

“We appreciate the support of Rep. Lori Trahan, David McKinley and the members of the task force in standing up for Minor League Baseball and speaking out against MLB’s effort cast off thousands of jobs, reduce affordable, family-friendly entertainment and undermine grassroots support for our great game,” said Tortugas president Ryan Keur.

The Tortugas expressed their opinion on their fellow MiLB teams, saying that they are "vital to the social and economic lives of millions of Americans" because they support local businesses and create jobs in communities, on top of contributing to tourism and charity.

“With this proposal, MLB is willing to break the hearts of dozens of communities across the country,” said Keur. “We are going to resist this plan and are gratified that so many in Congress are willing to join with us.”

In a previous interview with WNDB's sister station, 95.7 The Hog,, Keur said that the  MLB and MiLB will be at the negotiating table multiple times between now and December of 2020 to come to an agreement.

And, despite the agreement talks, the Tortugas will kick off the 2020 season April 9th, 2020. According to Keur, they're going to make it better than last season.

MLB Proposal Could Mean The End Of The Tortugas
Tortugas Ready To Fight, Legislators Speak Out

Light The Way, Walk With Me - Human Trafficking Awareness Walk