VIDEO: Man Charged With Felony Animal Cruelty After Slashing A Dog With A Machete 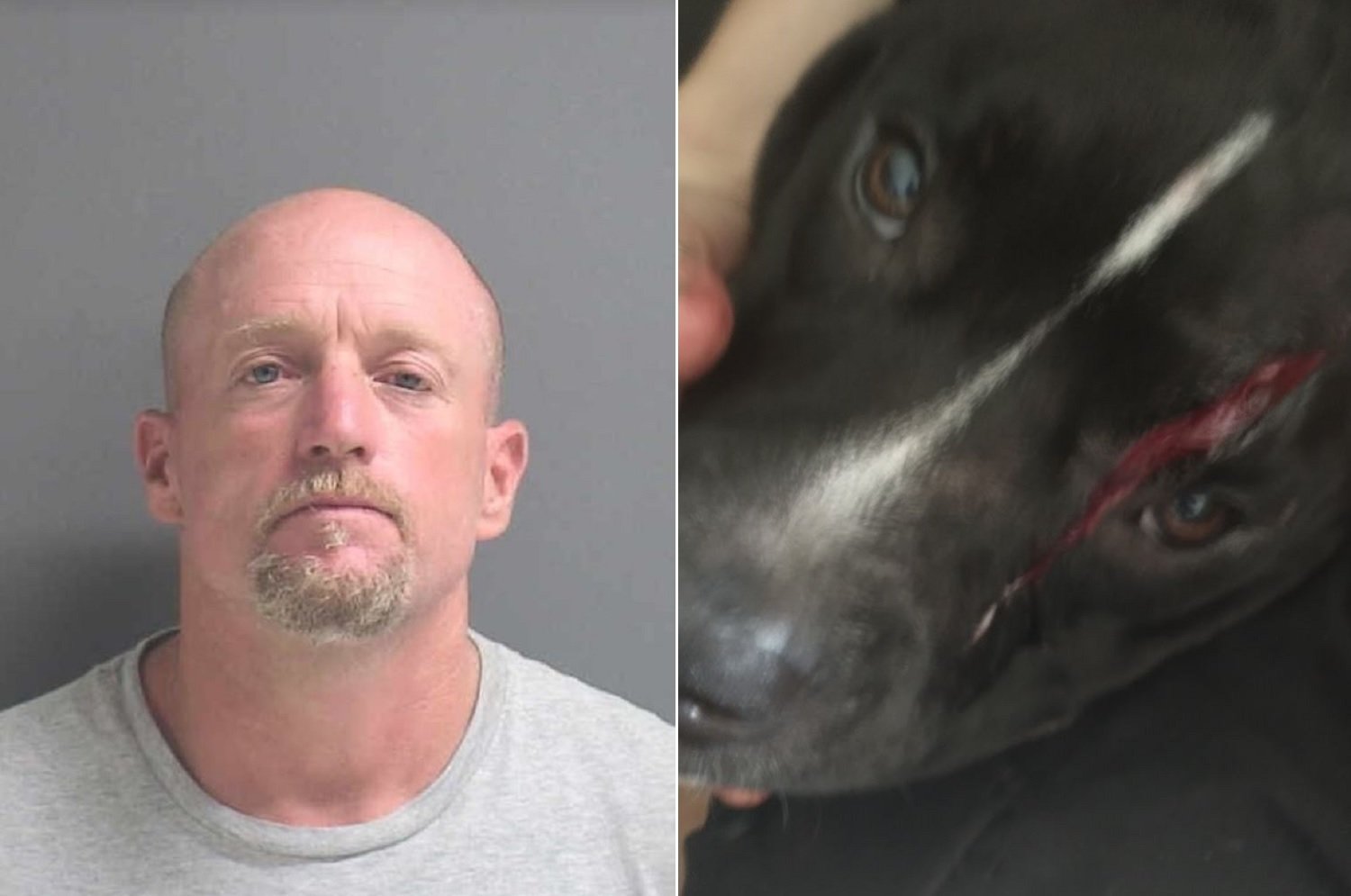 New Smyrna Beach, FL - A New Smyrna Beach-area man is charged with Felony Animal Cruelty and the dog he attacked with a machete is at home after receiving emergency medical care for wounds to his back and face. The Volusia Sheriff's Office reports that 46-year-old Richard Nelson is seen on video chasing the dog into a wooded area and thick brush, and slashing at it with a machete.

The incident happened on Friday, July 9, and is confirmed by the video, the dog's owner, and a witness, who's also the property owner. Nelson told deputies on that day that the dog attacked him, biting him on the chest and he used the machete in self-defense. After talking to the dog owner, the property owner, and viewing the surveillance video, Nelson is also charged with Lying to a Law Enforcement Officer During a Felony Investigation.

The next day, July 10, a Volusia County animal control officer contacted the Sheriff’s Office with video surveillance footage that captured the incident. A warrant was issued for Nelson's arrest. He was arrested on Friday, July 16 and is out of jail on a $10,500 bond.