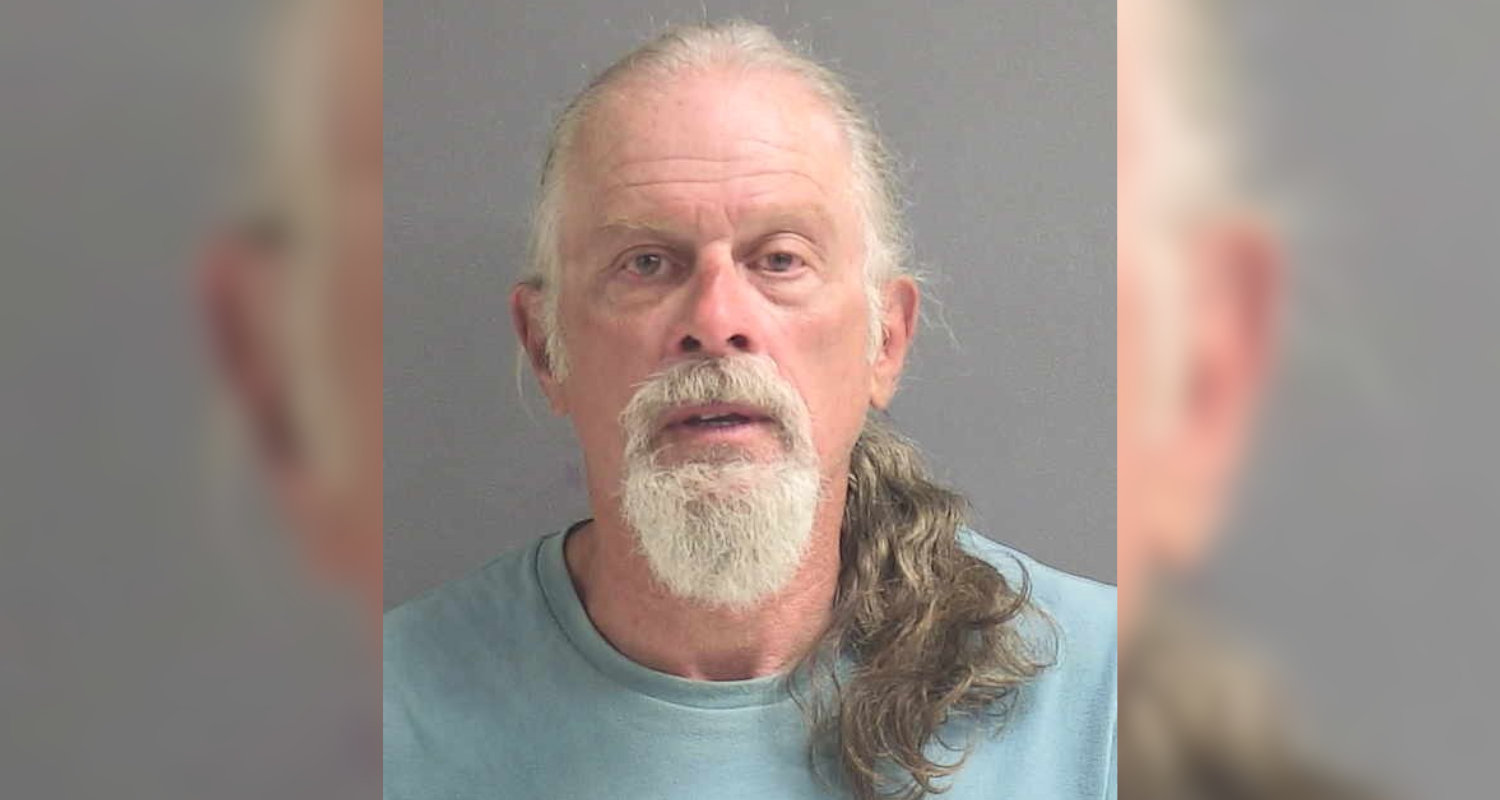 The New Smyrna Beach Police Department says the victim was able to get a video of Michael Brown’s motorcycle as he fled from the scene on Tuesday (May 3).

The victim told police he and his wife were waiting for a parking spot when one finally cleared. He began a left-hand turn which made Brown stop his motorcycle next to their vehicle. He reportedly yelled at them that they couldn’t park there because they were in his way. He parked there anyway and walked into the store as Brown followed them and yelled at them.

At some point, Brown said that he was going to kill the victim and pulled out a pocket knife. He started to swing for the victim’s neck, which is when the victim was cut on the hand trying to protect himself. The victim then grabbed Brown’s arms and shook the knife out of his hand. Brown grabbed the knife and ran off, but not before the victim got a shot of his license plate.

Police, along with Volusia County deputies, later arrived at Brown’s Samsula home to ask about the incident. After the victim positively ID’d Brown as the suspect, he was arrested and charged with aggravated battery and aggravated assault with a deadly weapon.