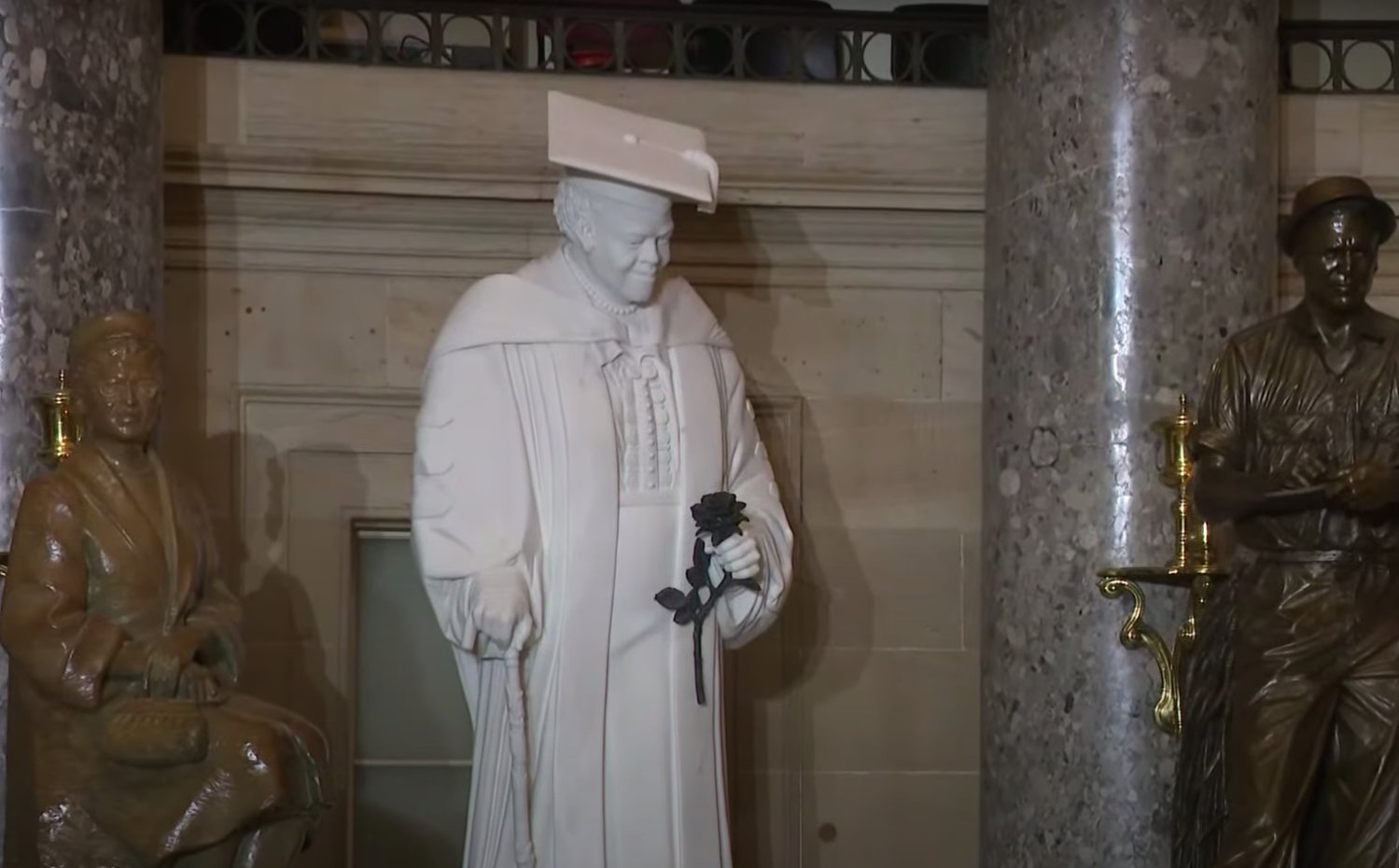 Local legend Dr. Mary McLeod Bethune was honored Wednesday at the National Statuary Hall in Washington D.C. Each U.S. state gets two representatives in the hall, and Bethune will now stand alongside John Gorrie, the inventor of air conditioning.

In her lifetime, Bethune was a champion for Africa-American women, founding Bethune-Cookman University in her hometown of Daytona Beach.

She was also a close friend of First Lady Eleanor Roosevelt and advisor to President Franklin Delano Roosevelt. Each state has two representatives in the Statuary Hall, and Bethune will be replacing Edmund Kirby Smith, a general in the Confederate Army.

A measure was passed through the state legislature in 2018 to replace Smith with Bethune. It received near-unanimous support throughout the process. Smith’s statue had been up for 100 years before being removed.