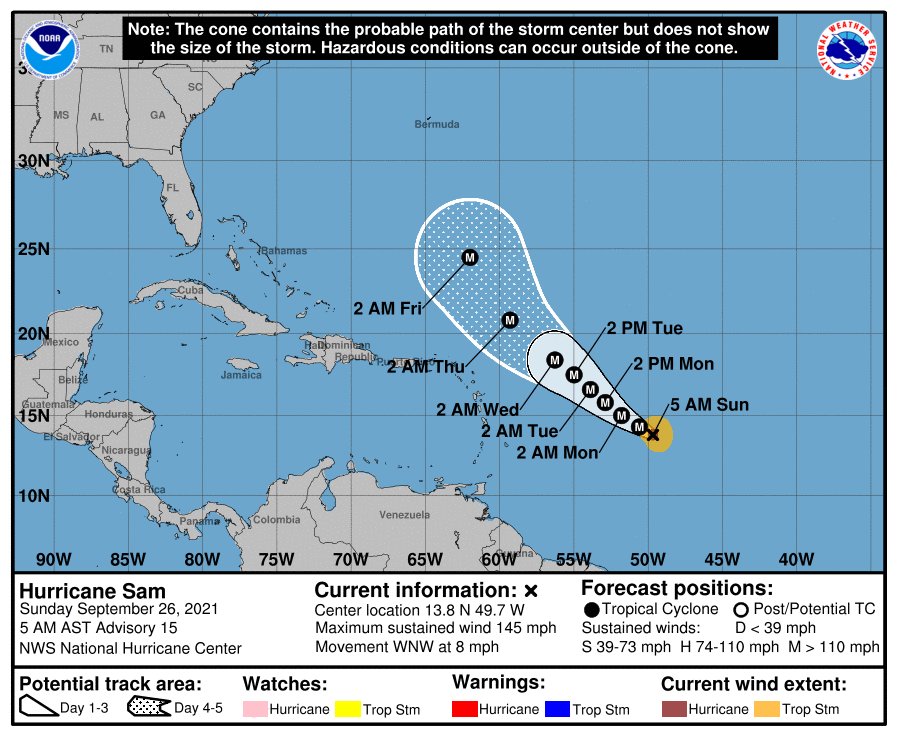 At present, Sam is moving toward the west-northwest where a subtropical ridge to the north and northeast of Sam should generally steer the hurricane west-northwestward to northwestward for the next several days. It’s current forecast path takes the Leeward Islands out of the storm’s direct path. However, this could now put Bermuda within the storm’s sights by the middle of the week.

NHC Forecasters also say the hurricane will likely experience some fluctuations in intensity during the next day or two. Currently, Sam remains over warm sea-surface temperatures with vertical wind shear less than 10 knots. However, water vapor imagery shows some drier mid-level air in the surrounding environment that may periodically enter into the inner core of Sam.

Additionally, the onset of an eyewall replacement cycle remains a distinct possibility at this stage of the storm’s life cycle, although the latest data does not suggest one is imminent.