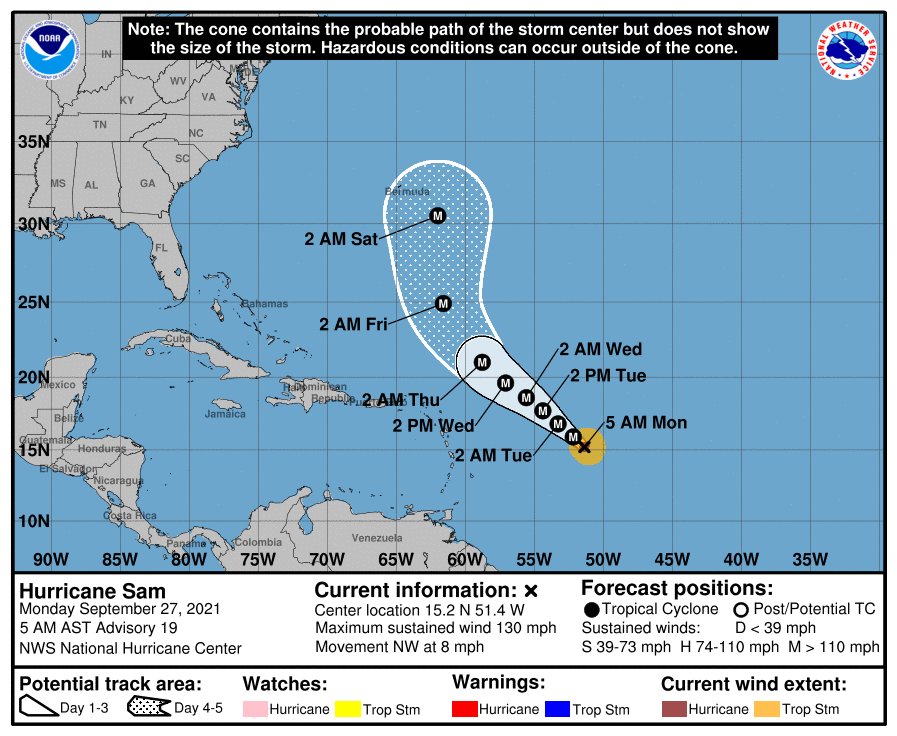 Daytona Beach, FL - A new update from the National Hurricane Center bases Hurricane Sam’s track further off the coast of the United States.

Meteorologists say the storm’s current forecast track has shifted slightly to the north, essentially steering the system away from the Atlantic Coast of the United States. The same reports from the NHC also suggest that Sam’s intensity has likely peaked now that an eye replacement cycle has commenced. Furthermore, environmental conditions should allow for Sam to persist as a major hurricane.

As of Monday morning (September 27), Sam was said to be at Category 4 hurricane strength with maximum sustained winds of 130 mph. The official intensity forecast from the NHC shows very gradual weakening during the next several days. By the weekend, southerly shear is forecast to increase over Sam, which should induce more weakening.

There are no local watches and warnings in effect.